Features Formula E: Everything you need to know including the 2021 race calendar 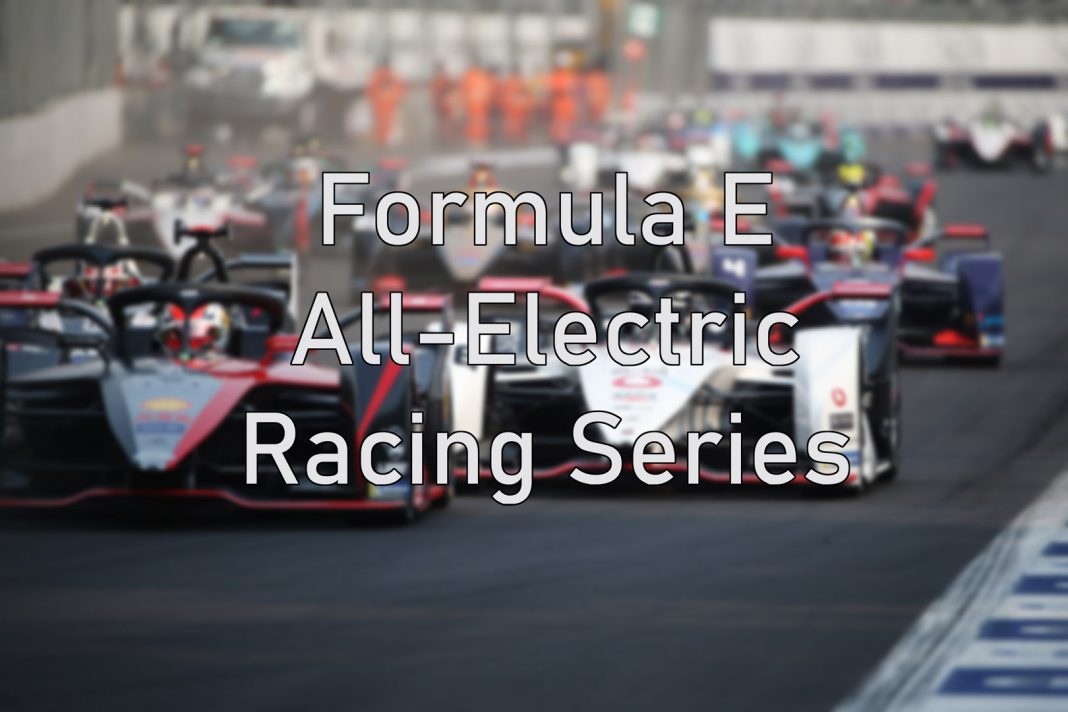 In recent times, Formula E has drastically risen in popularity – be it for its eco-credentials or the exciting wheel-to-wheel action that occurs in every race. Established in 2014, the all-electric racing series is now in its sixth season.

Having been granted World Championship status for the coming 2020/21 season and recognised by the Fédération Internationale de l’Automobile (FIA) as one of the highest levels of motorsport, it’s no surprise to learn that Formula E attracted over 411 million TV viewers worldwide.

To better understand the motorsport, we’ll explain everything you need to know about the race format, outline the current race calendar and even dive into the technology that powers a Formula E racecar.

The current generation Formula E racecar is solely made by Spark Racing Technology (SRT). Unlike in Formula 1, where manufacturers have a lot of input in the aerodynamics and operation of their racecars, in Formula E, everything is standardised – this makes for a level playing field.

To give it the juice it needs, Spark Racing Technology houses a 54kW battery pack made by McLaren Applied Technologies. The battery pack, which resides within the racecar’s carbon fibre and kevlar body, lasts the entire race – there’s no pitting or ‘refuelling’ in Formula E. Once the battery has fully depleted, the racecar will come to a standstill; there have been times where drivers have pushed too hard and not tactically conserved their battery, and as a result, have had to forfeit the race.

Thankfully, Formula E racecars have active regeneration braking technology, where around 30% of power gets transferred back into the battery pack.

In terms of the racecar’s design, the SRT05e is made to have a low drag coefficient – this helps it be as efficient as possible and maximises the battery’s output. By comparison, in a Formula 1 racecar, downforce is prioritised over any other design element; as such, these two racecars behave differently on track.

For safety, Formula E vehicles are fitted with the Formula 1-style Halo cockpit; the Halo system is also used to denote different driving modes – Attack Mode and Fanboost, which we’ll get into, below.

As for the tyres, all Formula E racecars have 18″ Michelin Pilot Sport all-weather tyres. Only two sets of rubber are permitted for the entire racing weekend; in Formula 1, teams have a multitude of different tyre types and compounds to choose from over the same period.

Finally, there’s the infamous spaceship-like noise. Due to Formula E racecars being powered by an all-electric powertrain, they have a noticeable high-pitched whine, which comes from the racing transmission. The sound isn’t too dissimilar to an all-electric sports car, such as the Tesla Model S or Porsche Taycan Turbo S.

Due to their comparatively quiet operation, Formula E racecars can race around inner-city circuits. The same couldn’t be said about Formula 1 vehicles which have a thunderous turbocharged V6 hybrid petrol engine, instead.

The Formula E vehicle – now in its second generation – has undergone a few changes since its inaugural season in 2014. Introduced in the 2018-19 seasons, the Gen2 SRT05e all-electric racecar is now more powerful, efficient and will last longer on a single charge over its first-generation predecessor, the SRT 01E.

The most notable change comes in the vehicle’s battery pack, where a singular 54 kWh power unit will now last the entirety of the race. Prior to Season 5, Formula E drivers had to come into the pits to quickly swap into another vehicle.

It was planned for the current Gen2 SRT05e to undergo a facelift, in order to make the vehicles more fragile and discourage drivers from making excessive contact – this came after the Gen2 vehicle was made to be a lot stronger, which then meant drivers were seen to be a little more careless.

Due to a variety of different reasons – one of them being the pandemic – the Gen2EVO (the facelift variant) was scrapped in anticipation for the upcoming Gen3 car which is set for the 2022-23 season.

In terms of racing, the E-Prix is dissimilar to what you’ll see in Formula 1. Rather than driving over the course of an entire weekend, where free practice, qualifying and racing are split into separate days, in Formula E these all take place on the very same day.

At the start of the day, there are two free practice sessions, which are broken into Practice 1 (45 minutes) and Practice 2 (30 minutes). During this time, drivers have access to the full 250 kW (335 hp) power of their vehicles.

Full power remains in qualifying. Here, the 12 teams are broken down into four groups; each contains six drivers, totalling 24 in total. Groupings are defined by the drivers’ position in the Championship standings; in the first race of the season, last year’s Championship positions are used to set the groups.

Once the drivers have been given their groups, they leave the pits in ascending order – each group has six minutes to set a time. Following the times set by all the drivers, the top six times are then given another chance to fight for pole position; much like Formula 1, the fastest cars go against each other.

Named ‘Super Pole’, the six fastest drivers have a lap to prove their worth; the fastest of the bunch not only gets to be at the front of the grid, but also receives three additional Championship points.

Formula E has an interesting race format, in that drivers have 45 minutes of continuous racing followed by an additional ‘hot lap’ after the timer runs out. This is triggered by the race leader crossing the finish line and going around the circuit one more time to complete the race.

Aside from the unconventional race format, all vehicles are limited to 200 kW (270hp) of power, where an additional 50 kW can be attained via ‘Attack Mode’ and/or ‘Fanboost’, where combined, they unlock the full 250 kW of power to a Formula E driver.

To get access to 25 kW of extra power, all drivers can run through designated run-off areas across the circuit; these areas are often considered disadvantageous as they’re off the racing line.

Once a driver has unlocked ‘Attack Mode’, they’ll have a short designed amount of time to use the additional 25 kW of power; the FIA reveals how much time the drivers receive during the race in order to prevent teams from strategising.

The other method to get a boost in power is ‘Fanboost’. Here, drivers rely on the general public to vote for them through the Formula E app, Formula E’s website, or via Twitter using hashtags #FANBOOST + #DriverName. This controversial feature grants five drivers a five-second boost in power.

Voting starts six days prior to the race and remains open up until the 15-minute mark of the race. The additional 25 kW of power can then be utilised by the five fan-favourite drivers after the 22-minute mark. It’s a single-use boost, but can be pivotal in an overtake, whereby combined with ‘Attack Mode’ a driver will have access to the full 250 kW of power.

Furthermore, there’s an additional point up for grabs for the fastest lap set by one of the top ten drivers. Additionally, there are three points available to any driver that sets the fastest qualifying time.

In the 2020-21 season, there are 12 teams competing for the AAB FIA Formula E Teams’ Championship, and among the teams are 24 drivers looking to take the Drivers’ Championship.

The seventh season of the FIA Formula E Championship starts in Diriyah, Saudi Arabia on 26 February 2021. It was originally planned to take in late 2020, however, due to the pandemic, it was postponed.

There have also been a few cancellations: “The current health and safety considerations make the specific organisation of the prestigious Paris E-Prix around Les Invalides too complex in Season 7. Therefore, it has been agreed with the City of Paris to plan instead for the Season 8 edition.

Formula E’s races in Sanya and Seoul will not take place in March and May respectively as originally envisaged. They have been postponed and a decision on these events will be confirmed with the remainder of the calendar in early spring.

Formula E will continue to monitor the ongoing COVID-19 pandemic and is in constant communication with its community of teams, manufacturers, partners, broadcasters and host cities.

All calendar updates depend on travel restrictions, as well as local government protocols and are subject to approval of the FIA World Motor Sport Council.”

Formula E: How to watch

There are numerous ways to watch Formula E for free. In the UK, you can watch it through the BBC – BBC Red Button, iPlayer and the BBC website. Elsewhere, you’ll be able to stream or watch it on live television; depending on where you live, you’ll find the best service listed on the FIA’s website.

That concludes our in-depth guide to Formula E, if you found this guide useful or would like to ask us a question, let us know in the comments section below. Alternatively, reach out to us via social media: we’re on YouTube, Instagram, Facebook, Twitter and LinkedIn.

Charging into the future: A look at electric vehicles