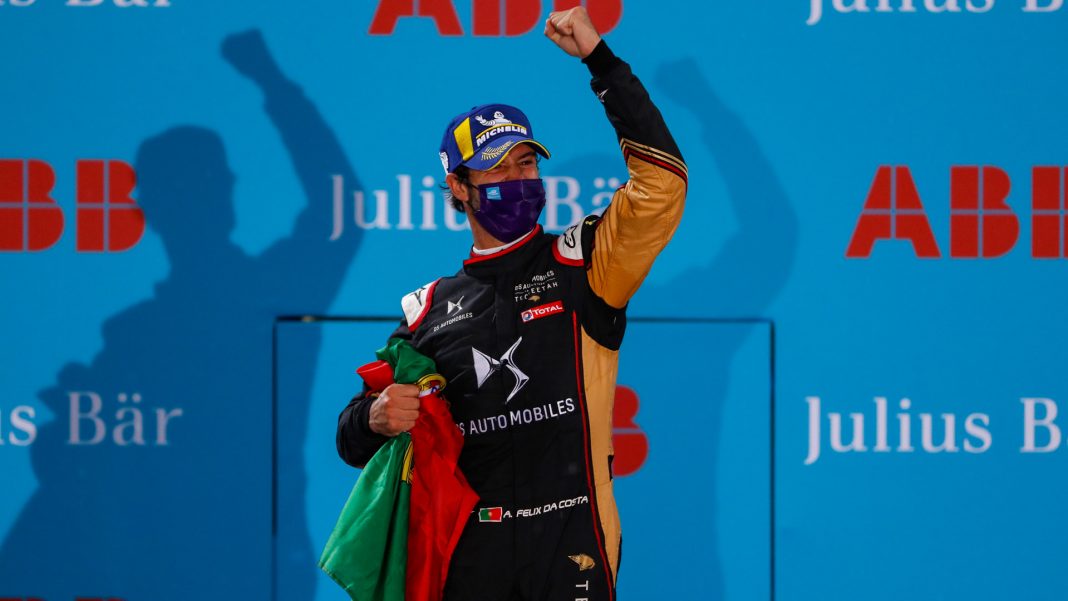 The DS pair fended off Nissan e.dams’ Sebastien Buemi, who came home third, meaning DS Techeetah took the Teams’ Championship, too. In the ninth round of the 2019/20 season, Vergne also secured his first victory.

The DS Techeetah team has now secured victory in four of the last five rounds, including three at the most intense season finale in motorsport history from Berlin’s Tempelhof Airport. Now, DS Techeetah is in the running to make Formula E history, where no two drivers from the same team have ever finished one and two in the Drivers’ Championship – a possibility with two races of the season left.

At the time of writing, Da Costa is the Drivers’ Championship lead with an incredible 76-point lead over his teammate Vergne who now sits in second with 80 points. There are 60 points in the Drivers’ points left up for grabs.

Da Costa also makes history, as no Formula E driver has ever won the Championship with two rounds to spare; it’s even the Portuguese’s first season with DS Techeetah.

“I have no words right now,” said a visibly emotional Antonio Felix da Costa. “The bad times immediately come to the forefront of my mind because I came so close to giving up on many occasions in my career – thanks to everyone around me I never did. This team knew what I could do even when I was finishing nowhere and they brought me back. A massive thanks to my team-mate Jean-Eric Vergne too. He’s a hard competitor but he has helped me out a lot and it’s also thanks to him that I was able to be so quick straight away in this team.

“We had a game-plan and we executed it perfectly today. JEV (Jean-Eric Vergne) and I have helped each other out. We were pushed all the way and it was super intense at the end. I had to cover JEV and I had to cover myself a few times too. It was pure teamwork.”

Not a dry eye in the house… @afelixdacosta you are our friend, our inspiration, and now our ABB FIA Formula E Season Six Champion! @dstecheetah #ABBFormulaE #BerlinEPrix #SeasonSixFinale #FormulaE #racing #motorsport

As of round 9, the Teams’ Standings: