Features Can you take an EV on your British summer holiday? 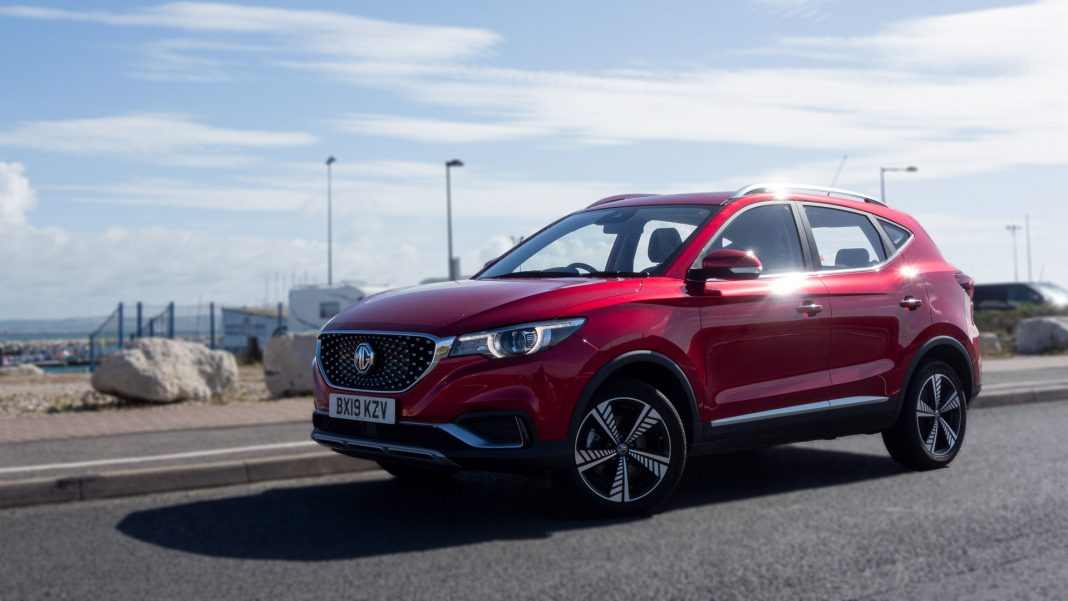 So, if you can’t beat them, join them. What better time than now to explore a new area of the UK? With lockdown measures becoming a little more relaxed, my fiancée and I decided to drive down to England’s South Coast – more precisely Weymouth, where we’d spend the night in a B&B before driving back to Wimbledon, London.

To complete our first excursion of the year, we opted to drive in the MG ZS EV, an all-electric SUV with a claimed range of 163 miles. As such, we’d planned our route, as a round-trip between the two towns clocks in at some 280 miles.

Is it plausible to take an all-electric vehicle on your British summer holiday? Here’s our experience of taking an EV to a more remote part of England, where public chargers aren’t nearly as widespread as they are in the capital city. 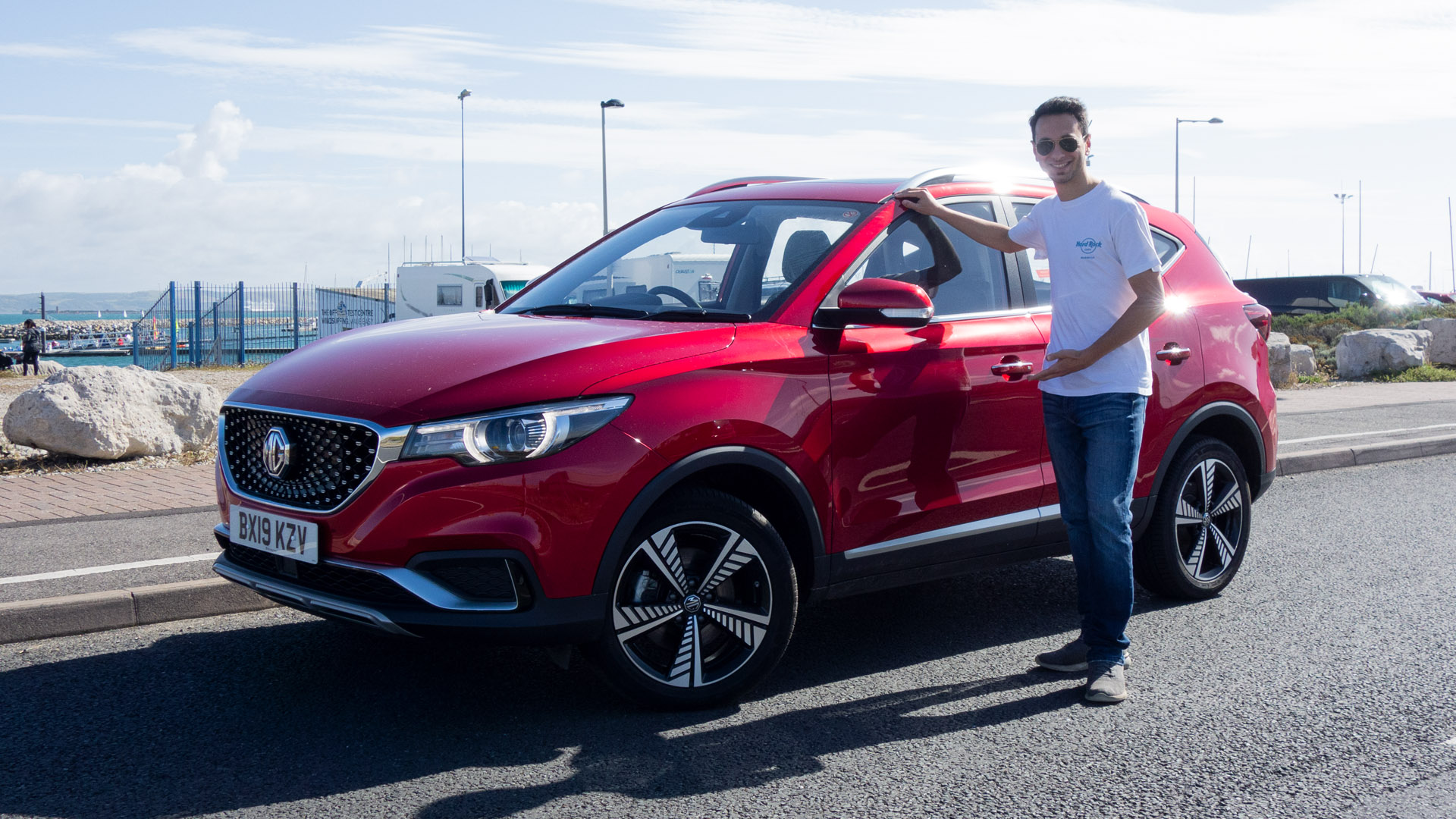 Planning a trip isn’t out of the ordinary, but with an EV it’s ever-more important as you’ll need to look if there’s a public EV charger in town. Much like with a petrol station, you need to know where you can refuel or indeed recharge your vehicle.

In our case, Weymouth seems to have sporadically-placed chargers in town. The main one, which is located in an outdoor car park, seemed the best bet. Upon consulting Zap-Map, the free app and website where you can locate chargers within the UK, we found one supplied by ChargerNet that sat slap-bang in the middle of Weymouth – ideal. 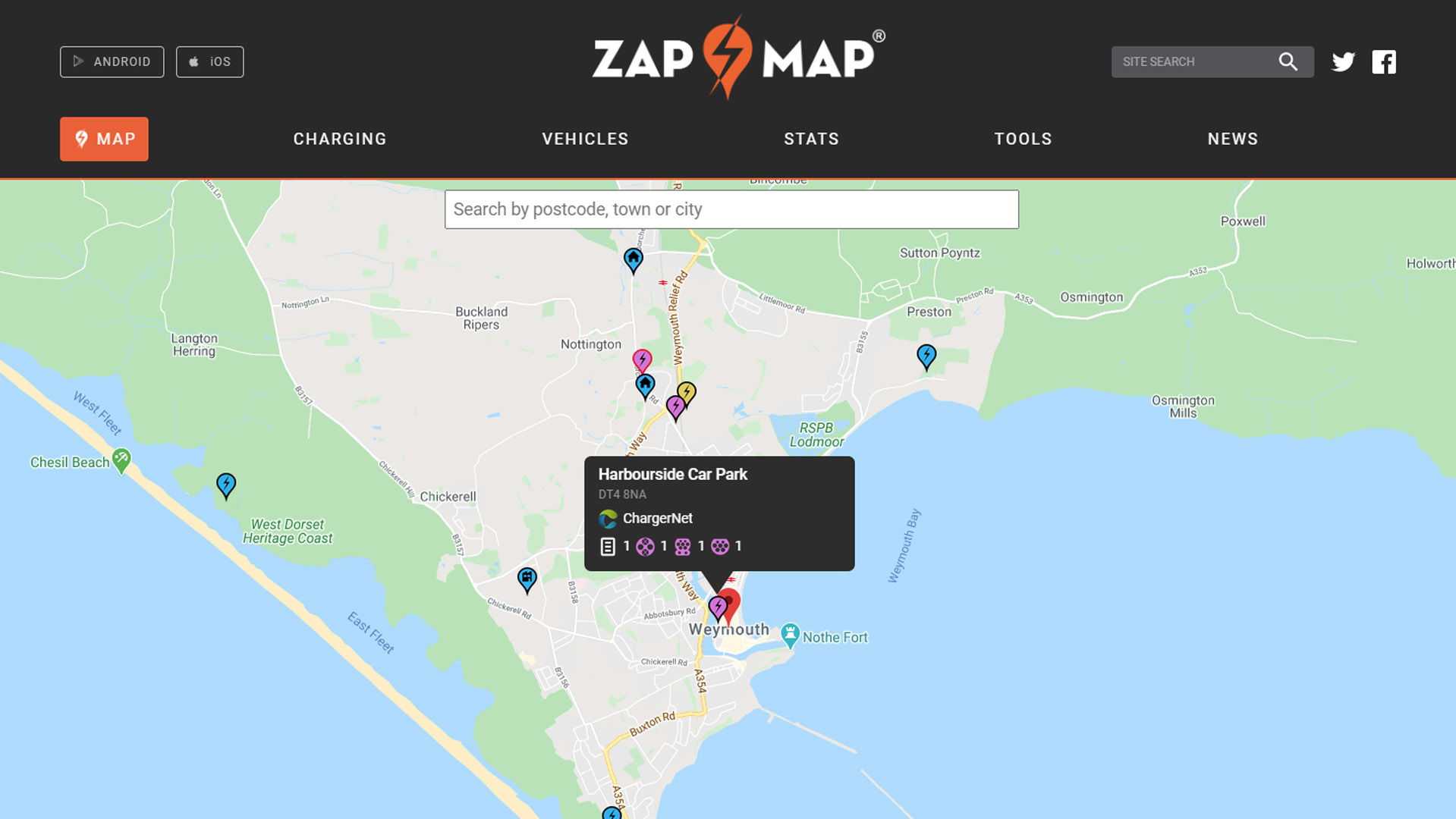 The issue, however, was that this particular charge point had received a lot of flack from fellow EV users, whereby it left EV owners without a means of charging in-town.

To put our minds at rest, we called ChargerNet to see if the issues had been rectified; we were told that the charging unit was operational and that we could charge our vehicle for £4 for the first hour (using a debit or credit card) using the rapid CCS (50kW) connector. This would yield roughly 80-90% charge and would mean that we wouldn’t have to worry about stopping to charge on the way back. More on our experiences with this particular charging unit, further down this article.

Much like a conventional gasoline-fuelled vehicle, you need to know where you can replenish your vehicle’s batteries to an amount where it can take you to your location or back home. With EVs, it’s paramount that you plan before setting off, as this can avoid breakdowns. We’d recommend fully charging at home or at a publicly-available charge point near home the night before you plan to set off on your adventures. 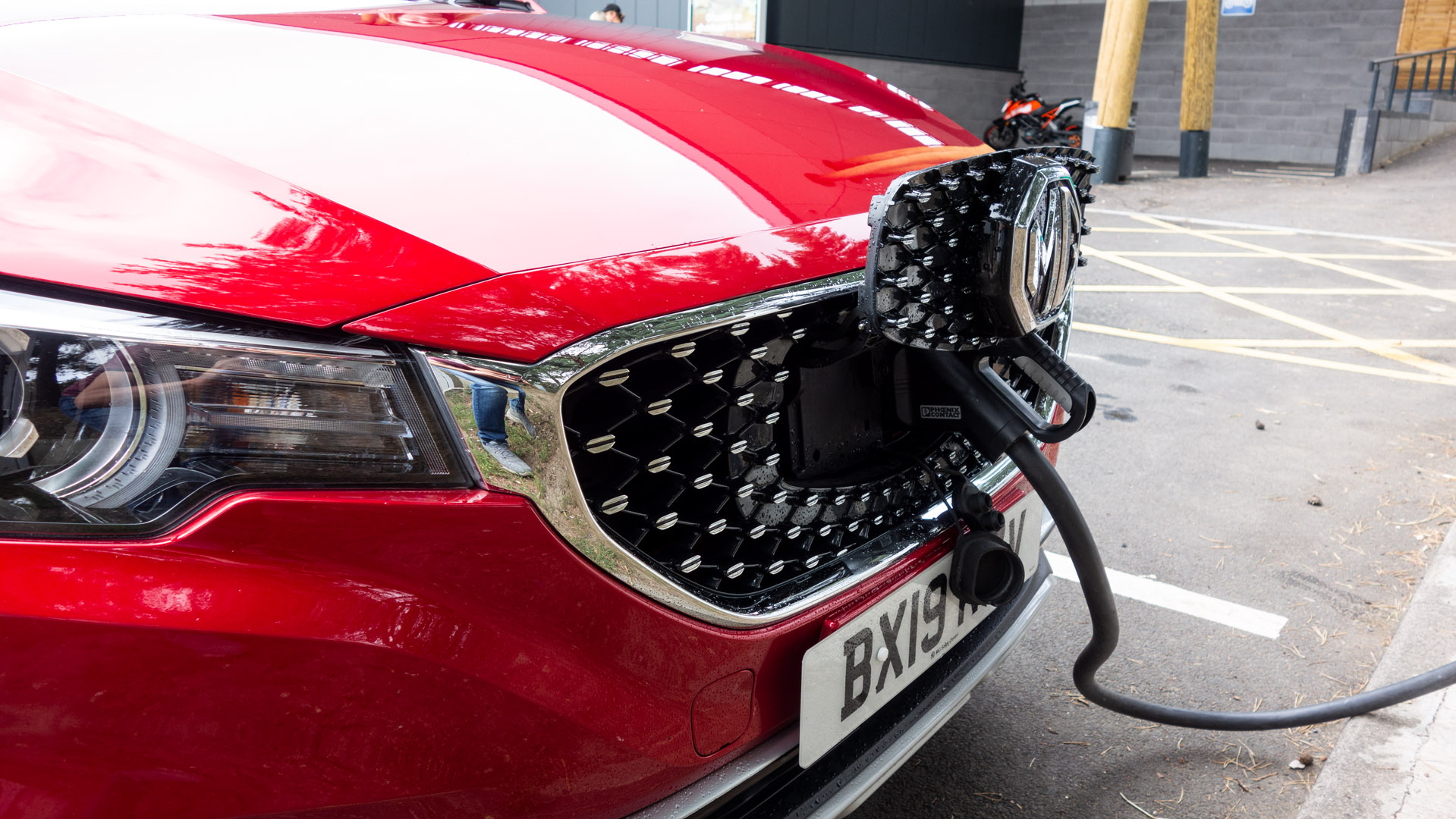 Using a tool like Zap-Map, allows users to interact with each other and provide feedback on their experiences. You can also use the tool to find out which operator runs chargers in a certain area, where you can sign up to their services or call up to ask for more information; this also includes management companies that might own certain charging units.

For example, in Weymouth, the Waterside Holiday Park & Spa has a restriction: only those who stay at the park or use the spa are able to use their Type 2 (22kW) chargers – a quick call to reception confirmed that these charging units aren’t open for public use.

Having pinned a few charging stations around Weymouth, we set off in the morning to beat fellow commuters and to arrive at our destination with plenty of time to explore – even though we knew they’d be torrential rain when we arrive; of course, it wouldn’t be a British holiday without a bit of rain!

Here, we had planned to stop on the way down, where we would grab a bit to eat and something to drink. We chose to stop at Welcome Break Fleet Services South, around 40 miles from Wimbledon and roughly 100 miles from Weymouth. Conveniently, here, sat a charging station by Ecotricity, which featured four types of chargers: two CHAdeMO, one CCS and one Type 2. 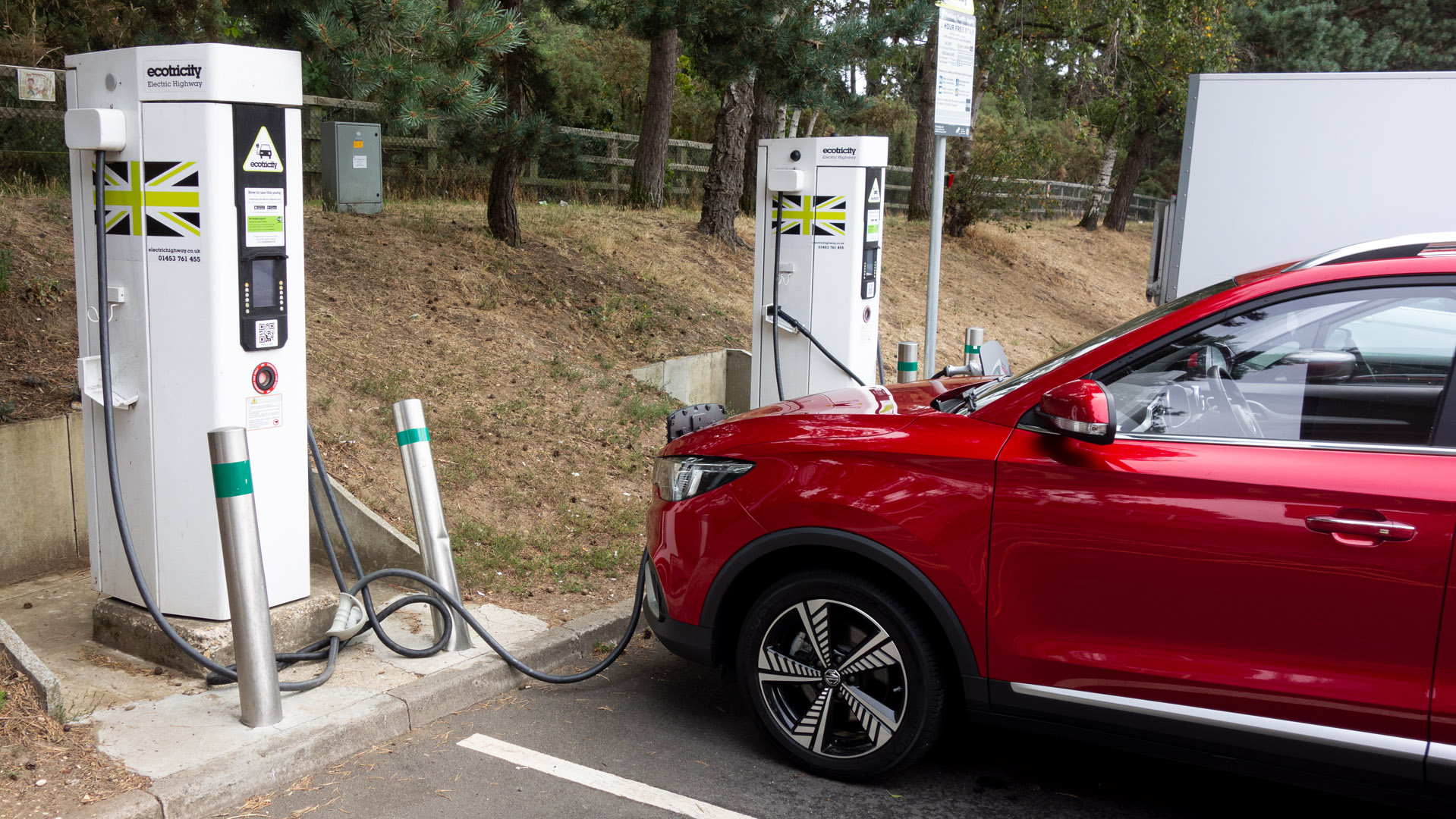 When we arrived, another vehicle had just pulled out, meaning we had access to the CCS (50kW) charger. At this point, we had 75% charge remaining. We plugged the ZS EV into the CCS port, where the handshake completed instantaneously and set off to get breakfast.

Upon returning the SUV had regained 19% charge in 29 minutes, meaning we were back up to 94%. The best part? The charge appeared to be completely free. Despite having signed up to Ecotricity’s Electric Highway App, the charge point didn’t take our payment – a ‘free vend’ as some might call it. Brilliant.

Having had breakfast and a much-appreciated free charge, we made our way down to Weymouth and headed straight toward Harbourside Car Park where ChargerNet operates the local charging station. This is where we were left a little stumped.

Having called ChargerNet a few days prior to travelling – who confirmed that the charging station was operational – we found out that the unit wasn’t functioning. Even after having called an operator who attempted to remote-start the charger, they informed us that the unit was no longer in service. Calamitous, as we had nowhere to charge in-town. We decided to park the ZS EV by our B&B, grab lunch at Fish ‘n’ Fritz (excellent codfish by the way) and enjoyed the rest of our day without worrying about the car’s remaining charge – that now sat at 24%, down from 94% 100 miles ago. 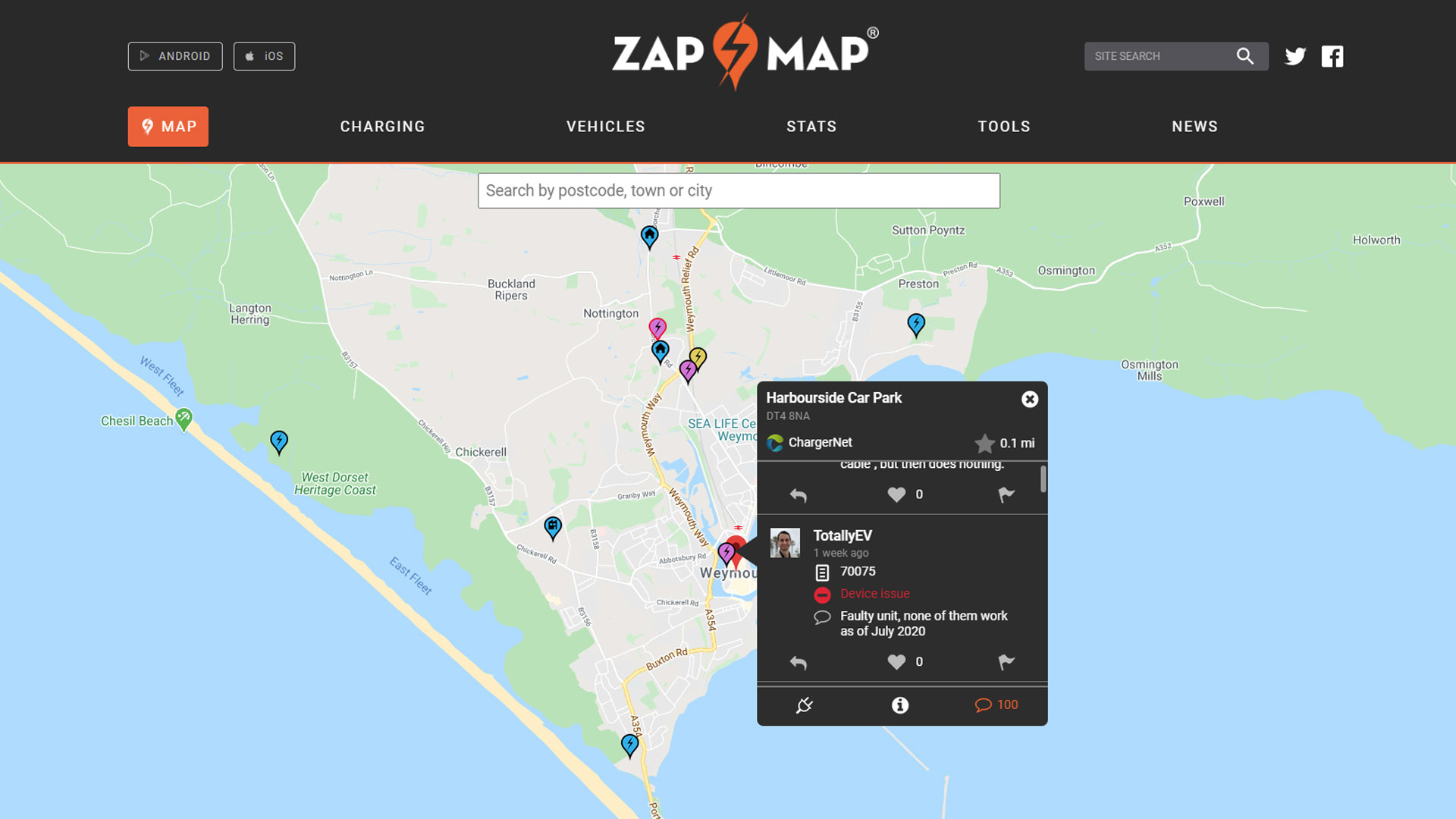 Driving back home in an EV

Having spent a fabulous day in Weymouth, we wanted to visit the spit formation on the Isle of Portland. Conveniently, there was a well-rated charger at Lidl Portland provided by Pod Point. We plugged into the CCS port and walked along the spit formation; having been gone for over an hour, we expected the car would have fully replenished, however, to our surprise, someone had disconnected our charger – of which we can only assume by calling Pod Point – and had left the car unplugged. The ZS EV sat around 60% charge.

To prevent us from waiting around at an unknown location, we decided to plug the charger in again and within 20 minutes we were within the mid-eighties. When we tried to unplug, the charger would refuse to disconnect; a quick call to Pod Point resolved the issue and yet again, we attained a free charge as the app didn’t take our payment. We asked Pod Point for clarification and they said that due to technical fault, the charge was free. Amazing.

With our batteries restocked, we set off to Poole then Bournemouth as neither of us had been to these towns for numerous years. Upon driving back to Wimbledon we had to stop off at Holiday Inn Farnborough for a quick top-up as we didn’t have enough charge to take us all the way back. Here, the Polar charger had a CCS port, which meant we got a rapid charge at 30p/kWh via contactless payment. 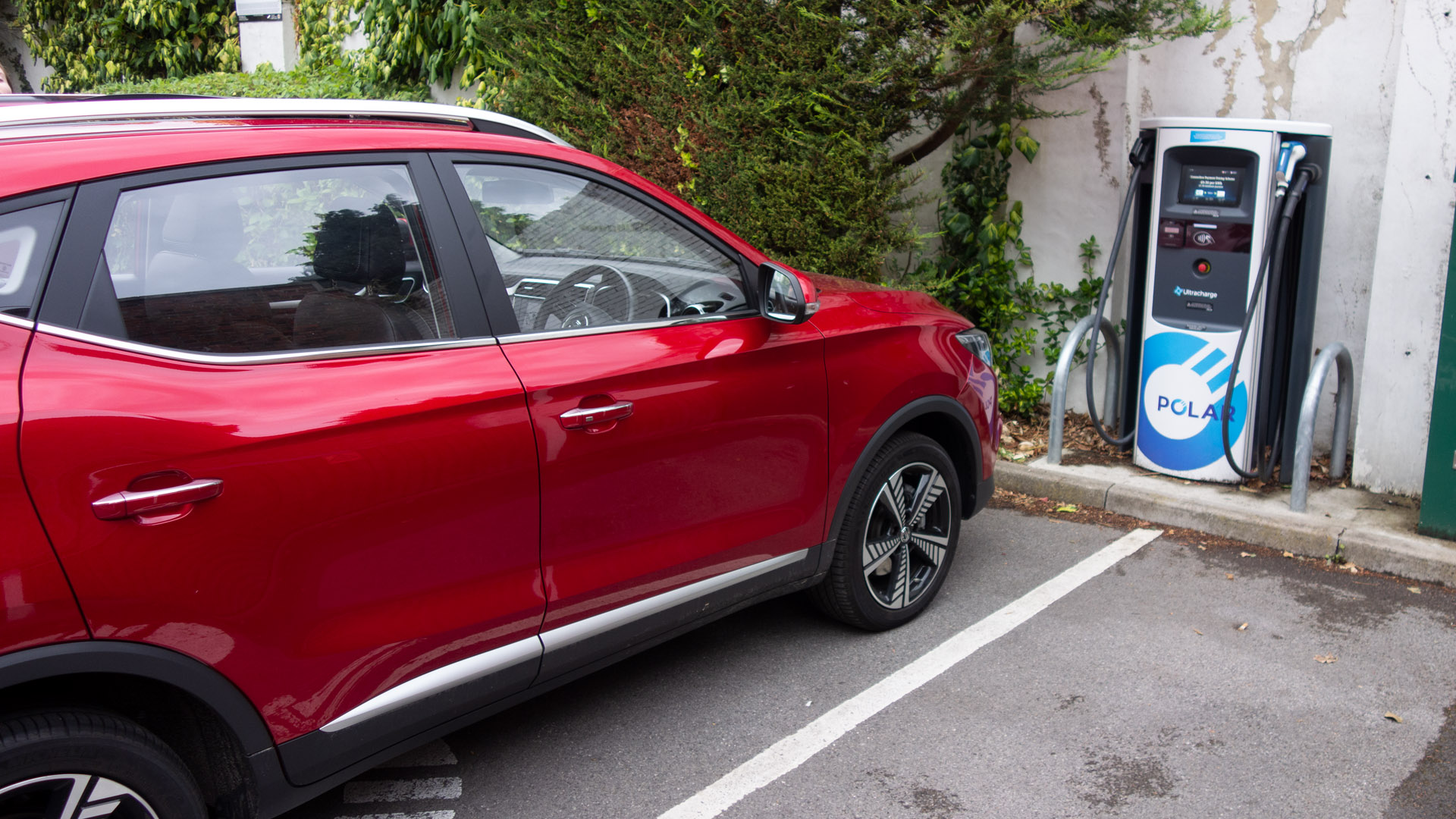 Can you drive an electric car across the country?

While London to Weymouth isn’t quite cross-country it did prove to be a sizeable task for an EV with a claimed mileage of 163 miles. Truthfully, the ZS EV achieved a little under this number as we primarily drove along motorways, where electric vehicles aren’t anywhere near as efficient as when they’re in inner-city routes.

There’s no denying that there’s extra planning involved in comparison to a vehicle with a gasoline-led engine, but once you establish where you can successfully charge, using an EV to drive across long-distances is very much a plausible task. 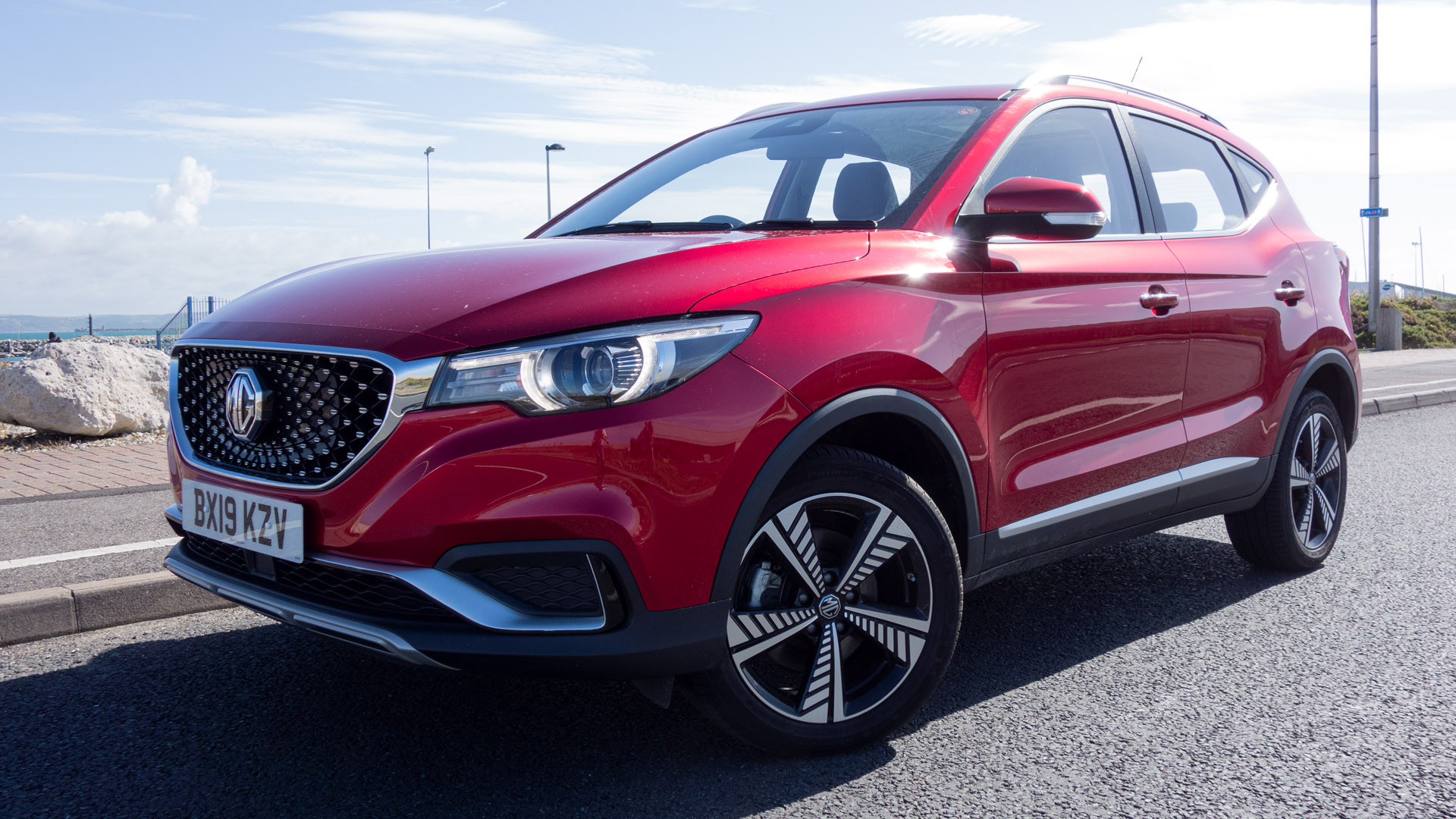 The best aspect was that our 280-mile holiday emitted 0 grams of CO2 into the atmosphere. While we can’t say for sure how much fossil fuel (if any) was used to produce the electricity that we consumed, we do know, however, that if we had driven a petrol car with 45 mpg, that it would have emitted 0.06 tonnes of CO2 from its exhaust. To think our journey didn’t cause any unwanted pollution or further, add any unwanted noise pollution to our surroundings, brought a smile to our faces.

The real issue with electric vehicles, at least in the UK, isn’t the vehicles themselves, rather it’s the infrastructure. Britain is still some way off its European counterparts, the USA and East Asia where chargers are abundant. 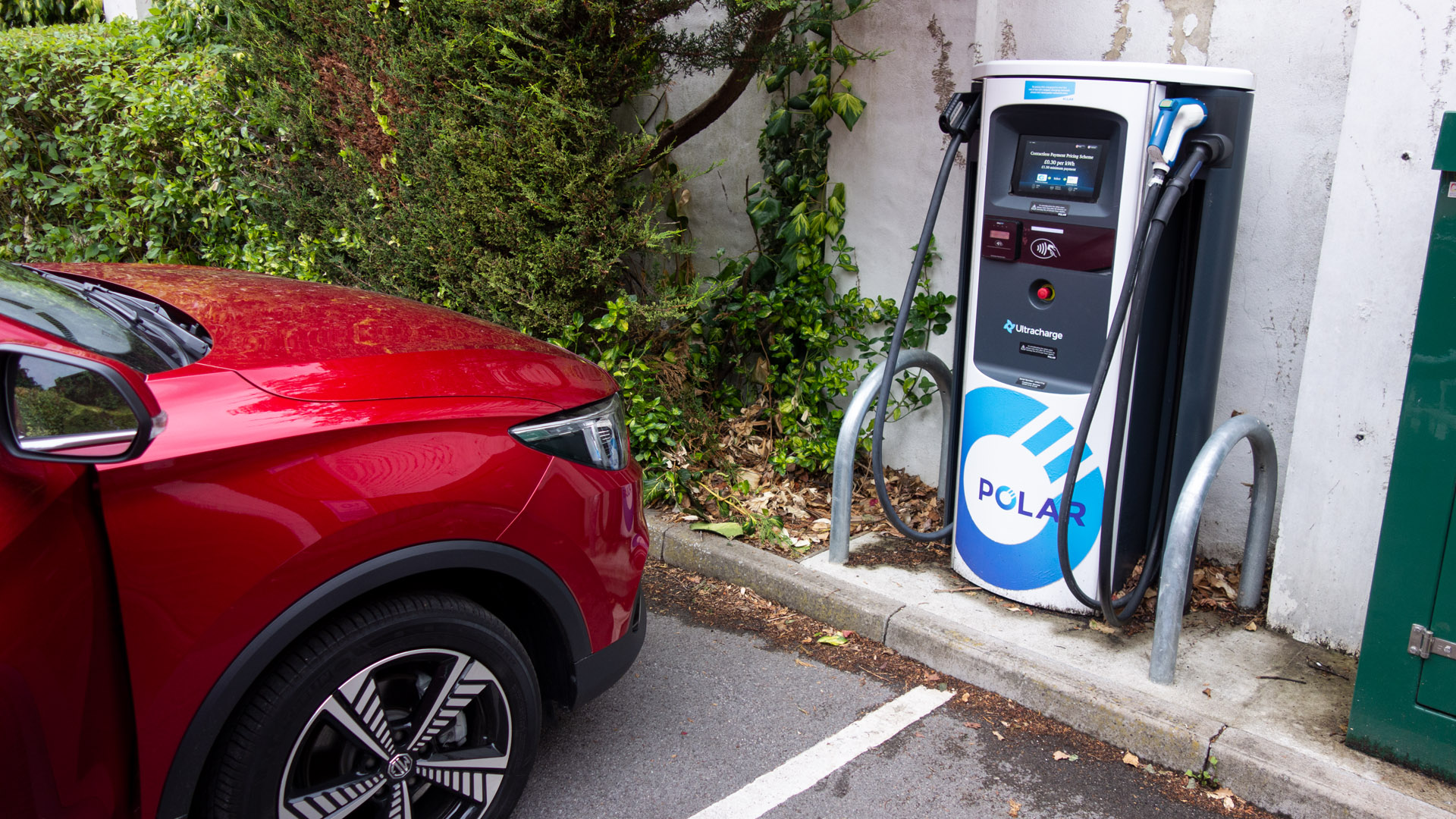 If anything, it outlined the need for the UK government to fund the construction of more EV chargers, namely in remote towns. This will not only encourage drivers to make the switch to full electric, but will also entice companies (such as ChargeNet and Pod Point) to develop faster-charging units, where in-turn will allow automakers to build cars to support even greater charging rates; reducing the need to wait at a charging point.

What do you make of the UK’s charging infrastructure? Could you comfortably set out for a summer holiday with an EV? Let us know in the comments below or via social media – we’re on: YouTube, Instagram, Facebook, Twitter and LinkedIn.