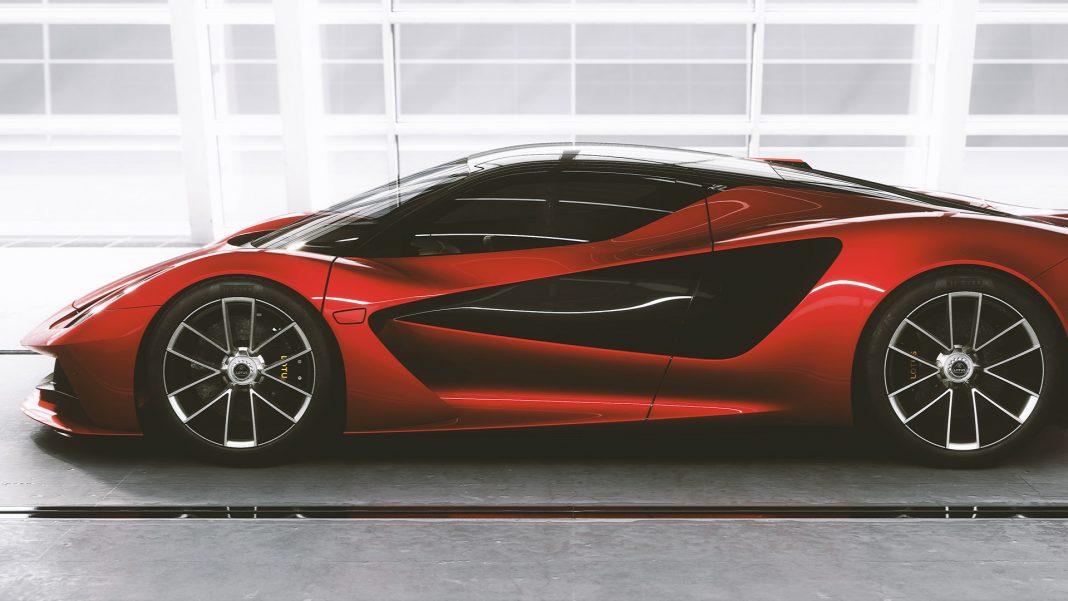 The Lotus Evija is an electric hypercar that has a claimed 1,491 kW (2,000 hp) of power at the helm. The exclusive vehicle is set to make a lot of headlines when it comes out later this year.

To keep up the vehicle planted on the ground, the Evija requires phenomenal downforce. As such, Lotus has today revealed a new animation that shows how the hypercar would operate in a simulated environment (see the video, above).

To further explain the ins and outs of the Lotus Evija, Richard Hill, the Chief Engineer of Aerodynamics and Thermal Management at Lotus and one that’s worked on Evija has answered a few of your questions on the vehicle’s design and sophisticated aerodynamics.

What’s the overall philosophy behind the Evija’s aerodynamics?

It’s about keeping the airflow low and flat at the front and guiding it through the body to emerge high at the rear. Put simply, it transforms the whole car into an inverted wing to produce that all-important dynamic downforce.

How would you compare the Evija’s aerodynamic performance to that of a regular sports car?

It’s like comparing a fighter jet to a child’s kite.

Can you explain the car’s porosity in aerodynamic terms?

Most cars have to punch a hole in the air, to get through using brute force, but the Evija is unique because of its porosity. The car literally ‘breathes’ the air. The front acts like a mouth; it ingests the air, sucks every kilogram of value from it – in this case, the downforce – then exhales it through that dramatic rear end. 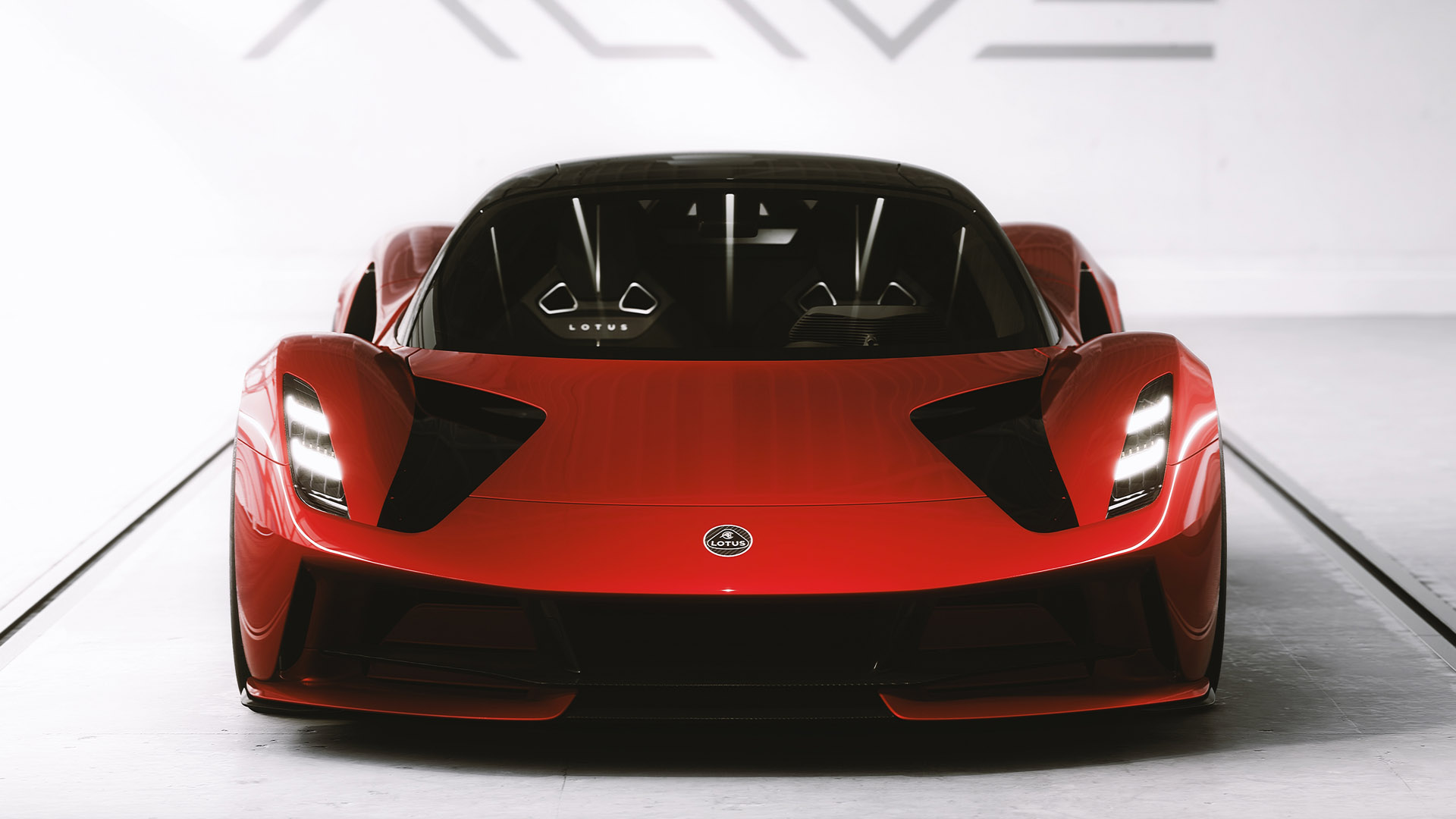 What role does that deep front splitter play?

It’s designed in three sections; the larger central area provides air to cool the battery pack – which is mid-mounted behind the two seats – while the air channelled through the two smaller outer sections cools the front e-axle. The splitter minimises the amount of air allowed under the vehicle, thus reducing drag and lift on the underbody. It also provides something for the difference in pressure between the upper and lower splitter surfaces to push down on, so generating downforce.’

Are the Venturi tunnels through the rear quarters part of the porosity?

Yes, they feed the wake rearward to help cut drag. Think of it this way; without them, the Evija would be like a parachute but with them, it’s a butterfly net, and they make the car unique in the hypercar world.

What is the effect of the Evija’s active aerodynamics?

The rear wing elevates from its resting position flush to the upper bodywork. It’s deployed into ‘clean’ air above the Evija, creating further downforce at the rear wheels. The car also has an F1-style Drag Reduction System (DRS), which is a horizontal plane mounted centrally at the rear and deploying it make the car faster. 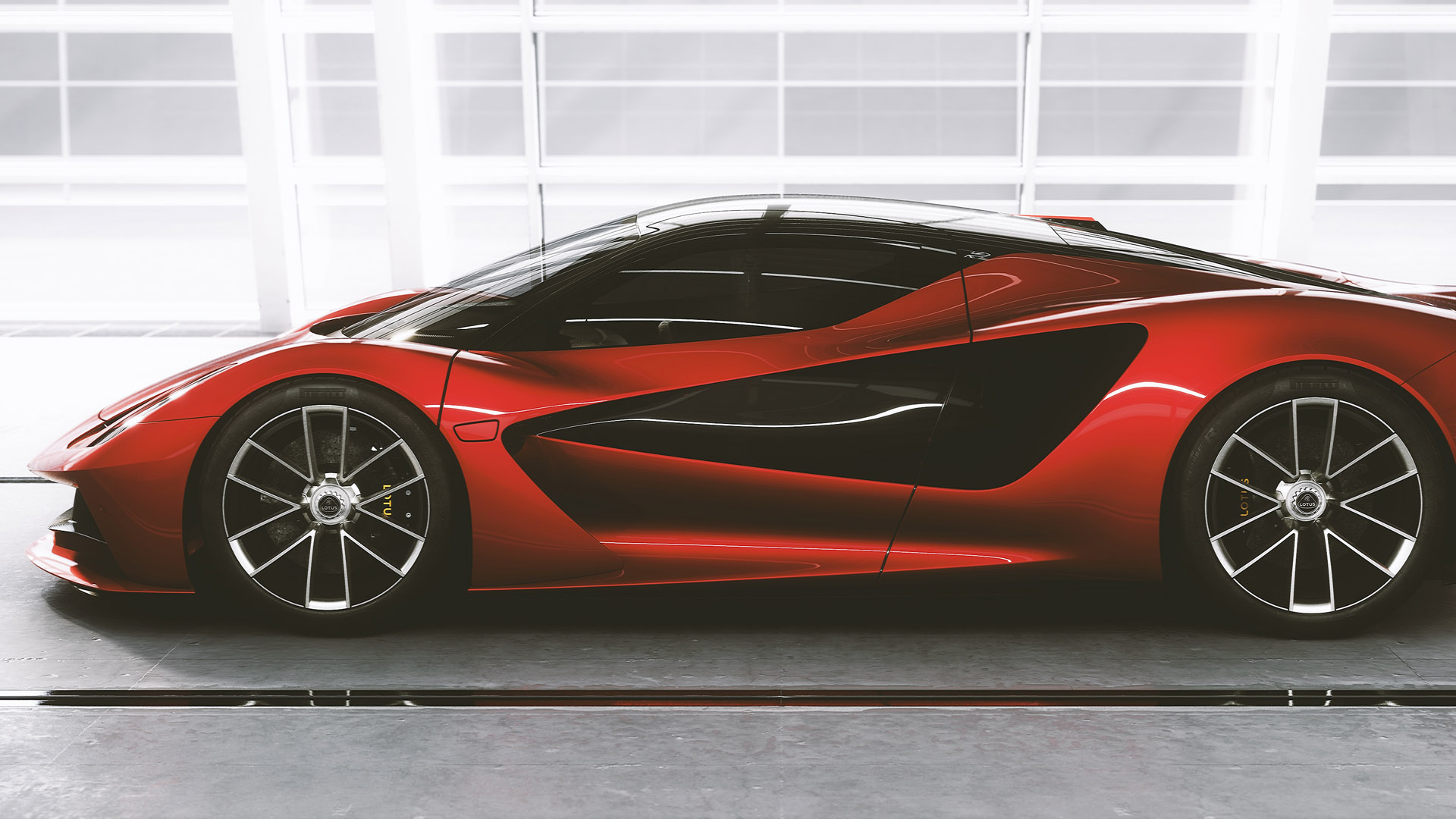 Lotus pioneered the full carbon fibre chassis in Formula 1, and the Evija is the first Lotus road car to use that technology. How has that helped to guide the aerodynamics?

The chassis a single piece of moulded carbon fibre for exceptional strength, rigidity and safety. The underside is sculpted to force the airflow through the rear diffuser and into the Evija’s wake, causing an ‘upwash’ and the car’s phenomenal level of downforce.

The Evija is set to be the world’s lightest EV hypercar. Does weight affect aerodynamic performance?

The car’s weight has no effect on overall aerodynamics. However, the lighter the car, the larger the percentage of overall grip is achieved through downforce and the lower the inertia of the car to change direction.

Can you confirm the drag coefficient and downforce figures for Evija?

We will release that data later this year when final testing is complete. 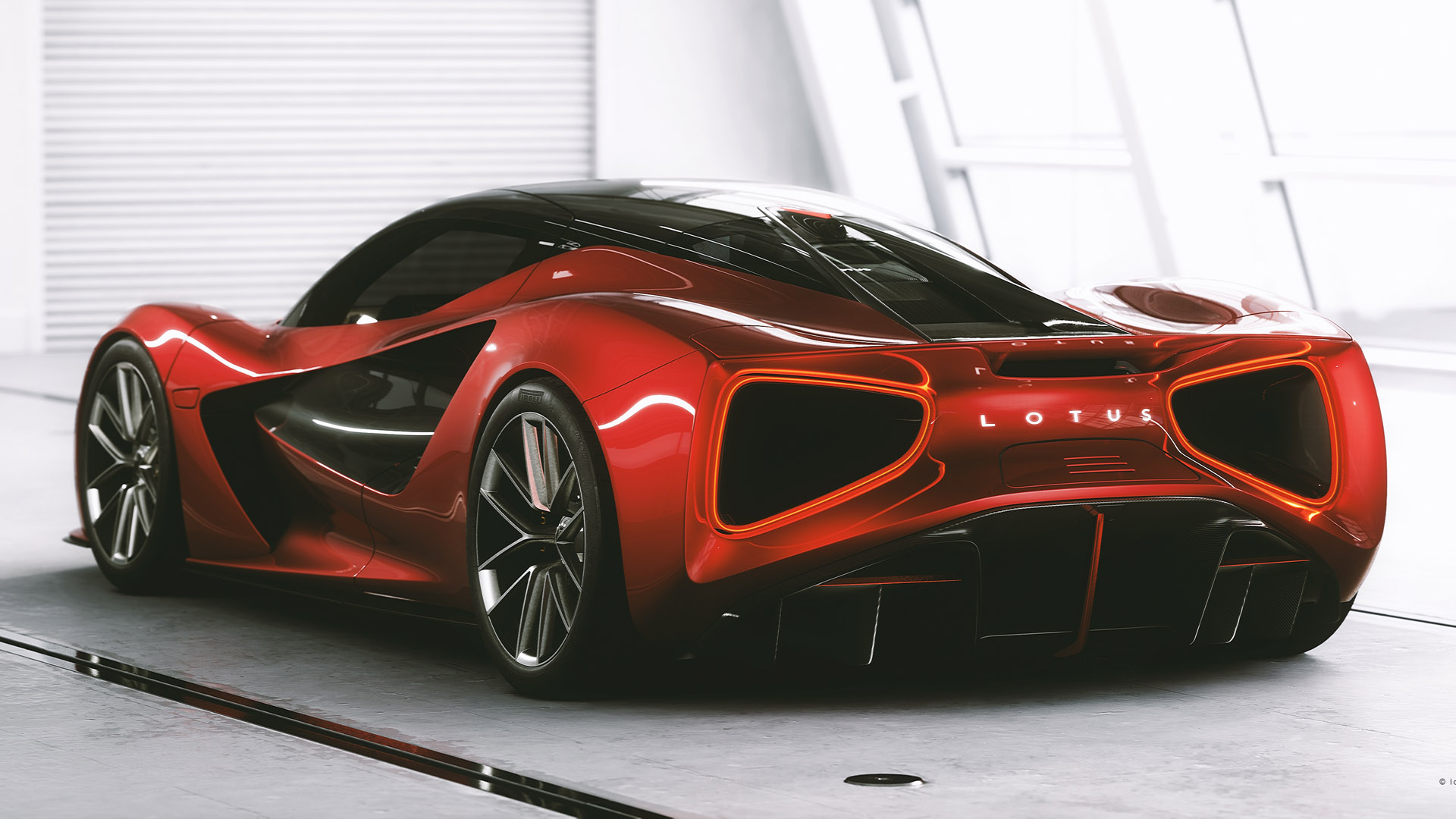 Richard has worked at Lotus for more than 30 years and has been on numerous road and race car projects. As for his role, it involves collaborating with the exterior designers of all new Lotus vehicles, from the early concept phase of a programme through to testing pre-production prototypes. He also helps to ensure all vehicle cooling, cabin ventilation and thermal management systems work correctly; as one might imagine, these go hand-in-hand with a vehicle’s design.

Elsewhere, Richard was the brains behind the Lotus Type 108 and Type 110 – better known as the Lotus Sport track and road bikes ridden to glory in the 1990s by legendary British Olympic and Tour de France cyclist Chris Boardman. As such, his experience not only is in cars but in other vehicles such as bicycles. Unsurprisingly, he has been instrumental in the development of the new track bike developed by Lotus for British Cycling athletes who will be competing in the rescheduled Tokyo Olympics.