The Jeep Renegade 4xe is a hybrid off-roader that has a unique position on the market, where there aren’t many plug-in hybrid SUVs that can competently cut through off-road terrain. While we would have liked to have seen a bigger battery for a better electric range, the 4×4 excelled in almost every other domain. As a result, it received TotallyEV’s Performance award.

In terms of its audio system, the Renegade 4xe has a six-speaker configuration. Should you want to upgrade to the Kenwood system it’ll cost £600. On review is the former system.

To tinker with the vehicle’s audio settings, one can navigate to the appropriate menu on the 8.4″ infotainment system. Alongside a few basic car volume settings, you’ll find a three-band equaliser – here are our optimal settings:

We found having the Loudness mode resulted in a more engaging sound; it effectively boosts the bass and treble frequency bands by a few notches.

To connect up to the vehicle’s system, you can opt for a wired or wireless connection, both Apple CarPlay and Android Auto are supported over USB, while a 3.5mm auxiliary input is also on offer – a rarity in most modern-day vehicles. Over Bluetooth, the system supports the lowest quality SBC codec, only.

As for media controls, they can be accessed through the display or via cleverly-placed physical buttons found behind the steering wheel. There’s also a large volume knob found by the dashboard.

For a demo of the Jeep Renegade 4xe’s audio system head on over to our YouTube channel.

In terms of its audio configuration, the Jeep has four speakers at the front and two at the rear. There’s a large full-range speaker found on each of the vehicle’s four doors and two on the dashboard. Despite the SUV’s spacious interior, there’s no subwoofer in the boot.

Indeed, this has a knock-on effect on the overall low-end response, where the sub-bass tones are cut short in WSTRN’s new single ‘Mama Stay’. Throughout the song, the Renegade 4xe’s audio system fails to deliver that progressive low-end extension.

However, the same couldn’t be said about its mid-bass response, which is plentiful. Here, the four speakers located on each of the vehicle’s doors provide plenty of heart-pounding bass. We’d even go as far as saying that Jeep has even overdone it by a few notches and as a result, we found that reducing the ‘Bass’ EQ yielded a more balanced audio reproduction.

Despite taming the bass tones, the system struggles to output a convincing mid-range reproduction, where the mid-bass leaks into the frequency range. Take ‘Peaches’ by Justin Bieber, Daniel Caesar, and Giveon. All of the artists’ voices sound pushed back and are dominated by the bass slams. If one tries to up the ante in the ‘Mid’ EQ it’ll portray an artificial sound, making it sound inaccurate.

This feeling of emptiness also stretches to the vehicle’s inability to reproduce a wide soundstage; the six audio drivers sound closed and lack depth. One might expect the opposite given the Renegade 4xe’s spacious cabin – the addition of extra audio drivers could have helped provide better width and depth.

Instrument separation is similarly poor, where a lack of dedicated tweeters, namely at the rear of the cabin severely affects positional cues.

On the plus side, if you’re seated at the front of the cabin, you’ll find the highs provide that much-needed zing at the top end. We found that adding an extra notch to the ‘Treb’ EQ helps to better the experience. Still, the highs do sound rolled off at the very top and can even sound a touch bright if the system is cranked up. 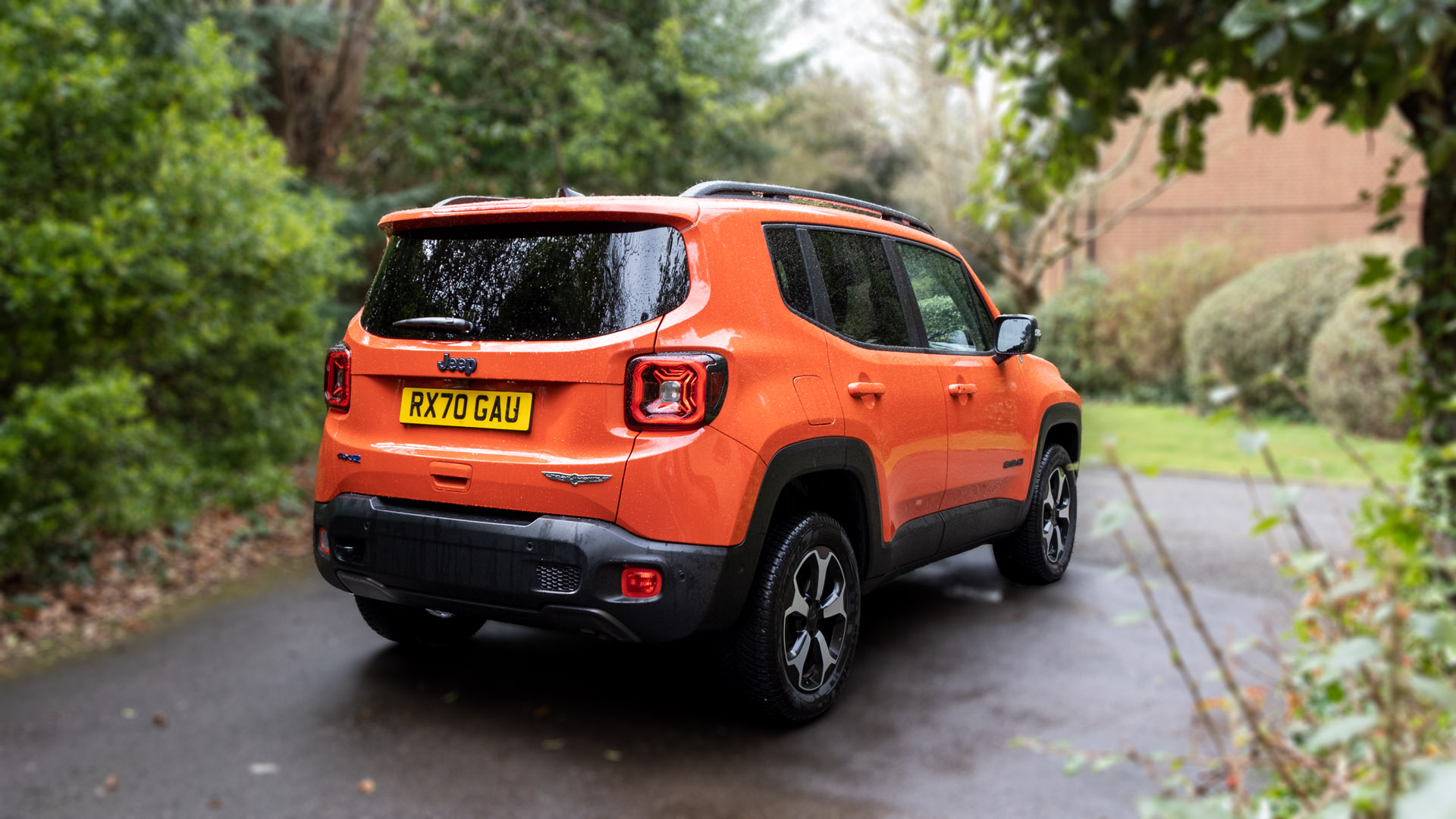 On the whole, the Jeep Renegade 4xe’s stock six-speaker audio system isn’t great nor is it terrible. There are areas we feel the manufacturer could have really bolstered its audio prowess, namely in the low-end tones with the addition of a subwoofer and potentially even adding a few dedicated mid- and high-frequency drivers to provide a more expansive soundstage and bettered mid-range reproduction.

As such, if you’re looking to get the Jeep Renegade 4xe and you’re into your music, we’d suggest looking into the £600 “branded hi-fi audio system – Kenwood” option that promises to improve the vehicle’s audio performance.