Nissan has finally revealed its latest electric crossover – the Ariya – after it was first hinted at the 2017 Tokyo Motor Show and later shown off as a concept at the 2019 iteration of the Japanese motor show.

The new EV premiered globally through a virtual event hosted at the soon-to-open Nissan Pavilion in Yokohama. The Ariya represents a new era for Nissan, as it embodies electrification, AI technology and autonomous driving. 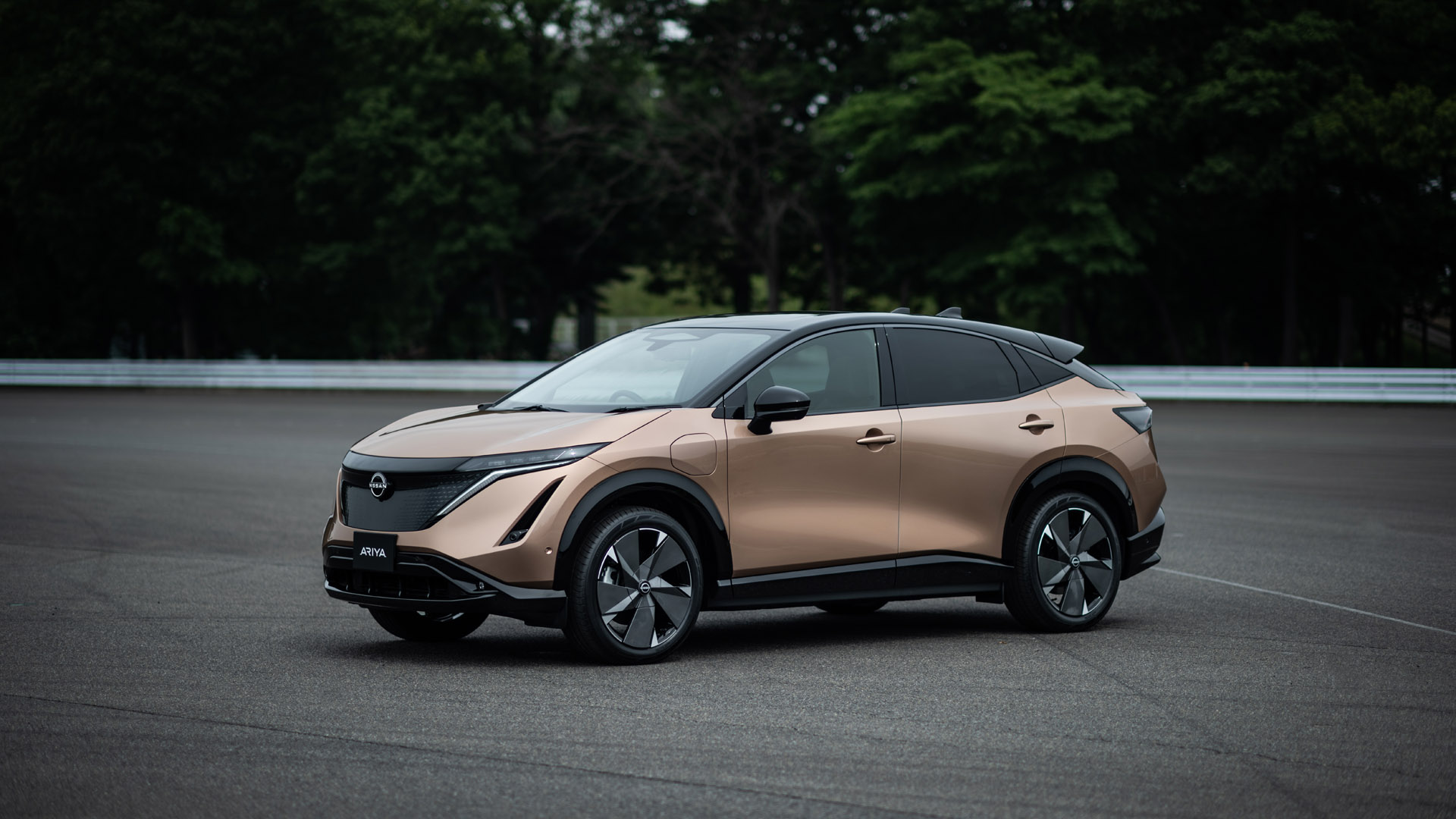 Built on the new Alliance EV platform, the Ariya will be available in both a two-wheel and all-wheel-drive setup. Here, both models will be available in a 63 kWh and 87 kWh battery configuration; leading to an estimated range of up to a staggering 379 miles (610 km) on a single charge – based on the Japan WLTC cycle.

It’ll also recharge at an incredible pace, thanks to its CHAdeMO charging port that can take up to 130 kW of power input; this means that within 30 minutes, you can attain 233 miles (375 km) of range – at least according to the manufacturer.

Elsewhere, the Ariya AWD in its 90 kWh battery configuration will get to 62mph from a standstill in 5.1 seconds; top speed is capped at 124 mph (200 km/h). Much like the Nissan Leaf, the Ariya features an e-Pedal, which helps with regenerative braking.

As for the vehicle’s design, Nissan took this opportunity to revamp its logo and create an aesthetically modern exterior design for the Ariya. Based on what Nissan calls Timeless Japanese Futurism – the vehicle appears seamless, elegant and fresh.

From the side, the SUV has a sporty look thanks to its five-spoke, 19″ aluminium wheels (20″ wheels are also an option), while from the front and the back, the Ariya has a soft family-friendly look to it. 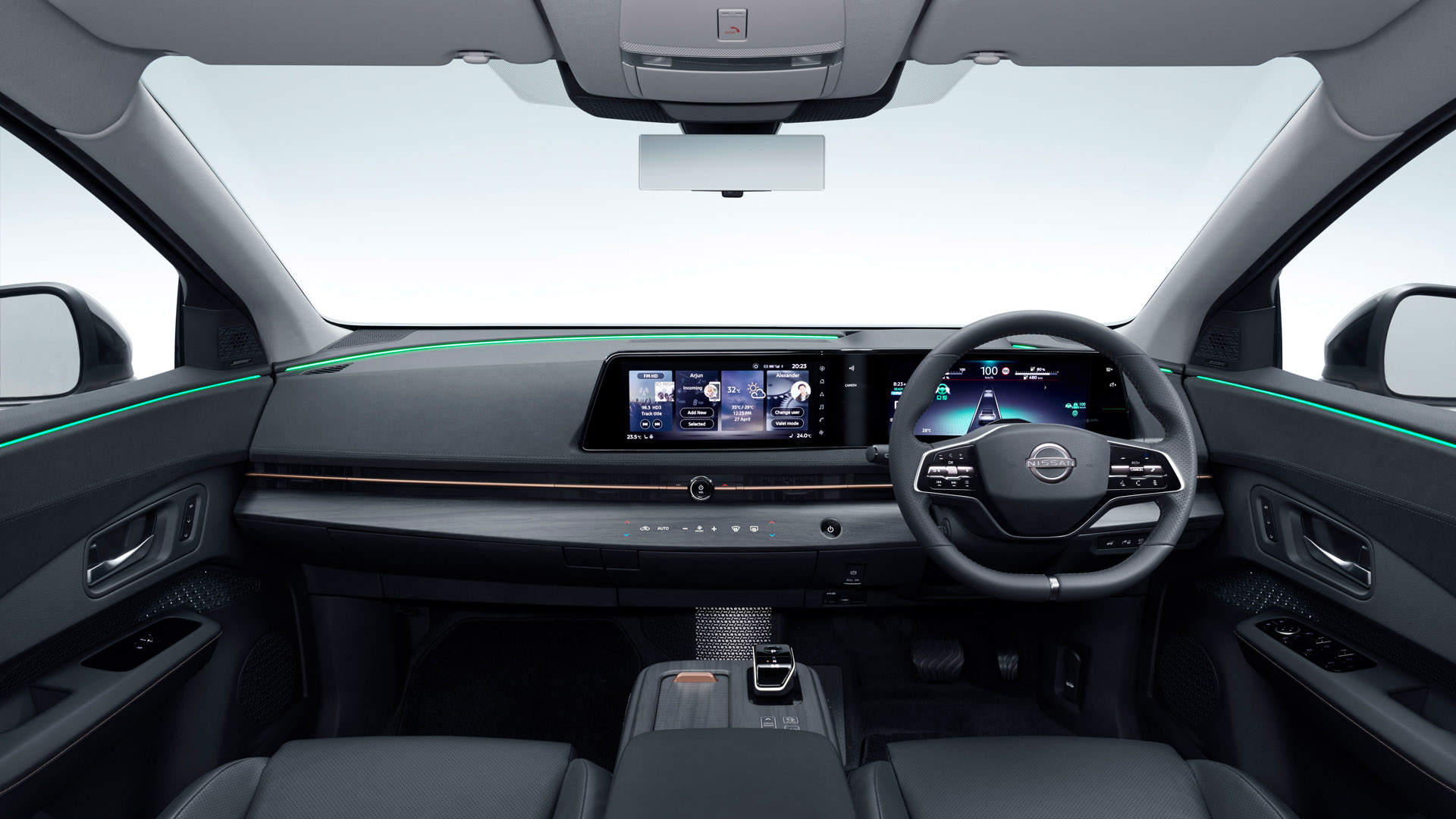 Inside, there’s a sense of minimalism while the SUV still retains its core functionalities. We’re not too fond of touch-based climate controls, but nevertheless, Nissan has decided to integrate them into the wooden centre dash in the form of capacitive haptic switches. A 12.3″ touchscreen display resides at the centre of the dashboard, while an equally-sized instrument cluster sits behind the steering wheel to provide the driver with key information.

“The interior of the Ariya is a pleasant ‘living space’ for the driver and occupants to enjoy while experiencing the theater of traveling to familiar and new destinations,” Arroba said. “The materials throughout the interior were carefully selected to avoid the overly traditional feel of some luxury vehicles, while giving an impression of premium futurism in technology and utility.” 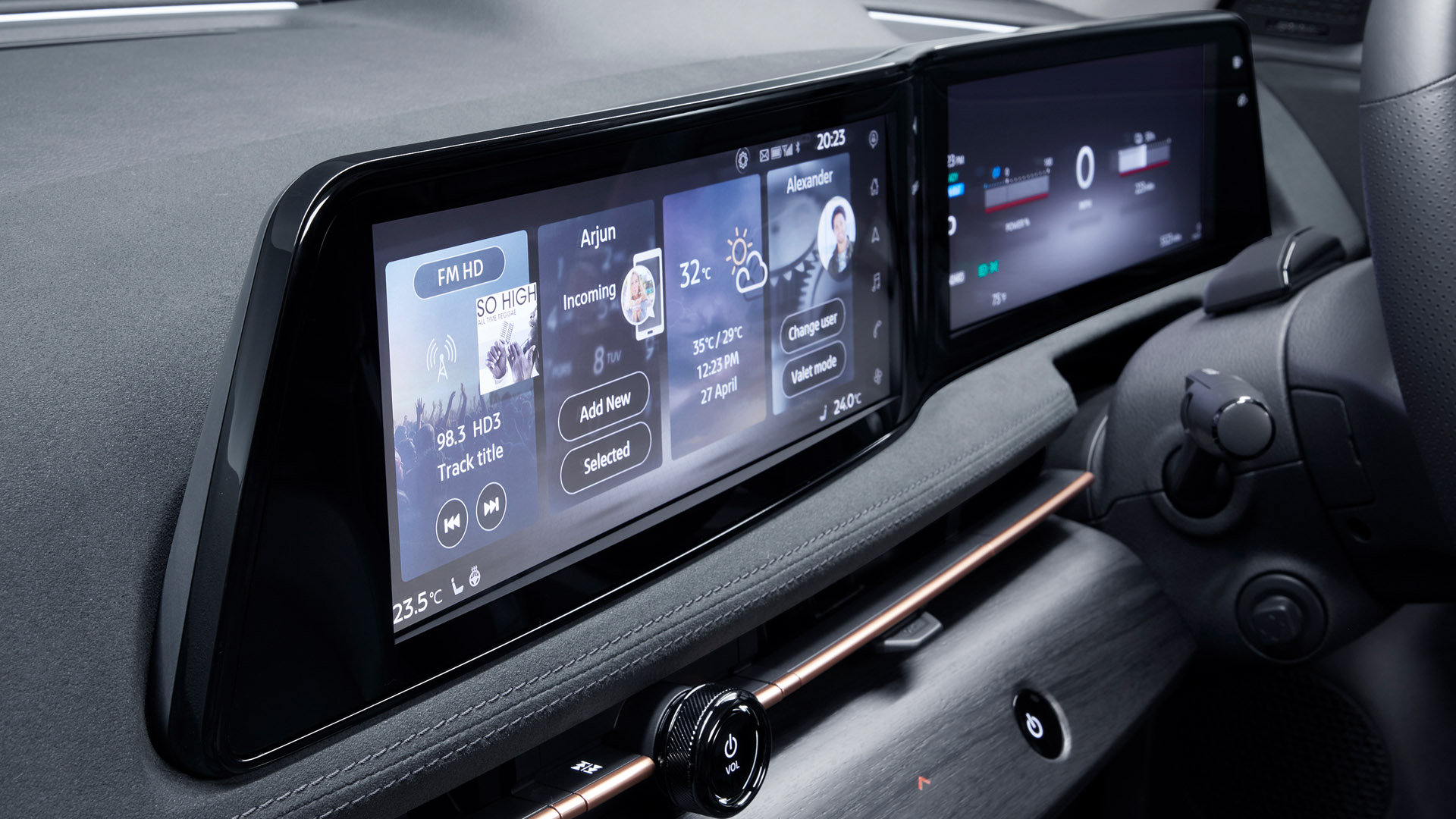 In terms of technology, the Ariya comes packed with Nissan’s technologies; such as ProPilot 2.0, which offers advanced driver assistance. This allows for semi-autonomous driving and even helps with parking the SUV in a confined space.

The crossover SUV will also feature Nissan’s personal assistant, which can be activated via voice commands. Amazon Alexa is also included as standard – here drivers can ask their Alexa-based devices within their homes for an indication of the vehicle’s battery level or even schedule a route before stepping foot inside the SUV.

The Ariya is also the first Nissan model that will support over-the-air firmware updates, which the manufacturer calls ‘Remote Software Upgrade’.

Read next: Nissan expands its electric van line-up across Europe

“Nissan’s intelligent personal assistance technology is an expression of omotenashi – the Japanese custom of respecting the customer to the highest degree,” said Makoto
Fukuda, Development Chief Product Specialist of the Ariya. “It provides a seamless experience, both off- and on-board. The Ariya supports your lifestyle whether from home or on the go.”

The Nissan Ariya will begin delivery in Japan from mid-2021 with an estimated starting price of around 5 million yen (~£37,250).

Aiways confirms its new U5 all-electric SUV will be made available...