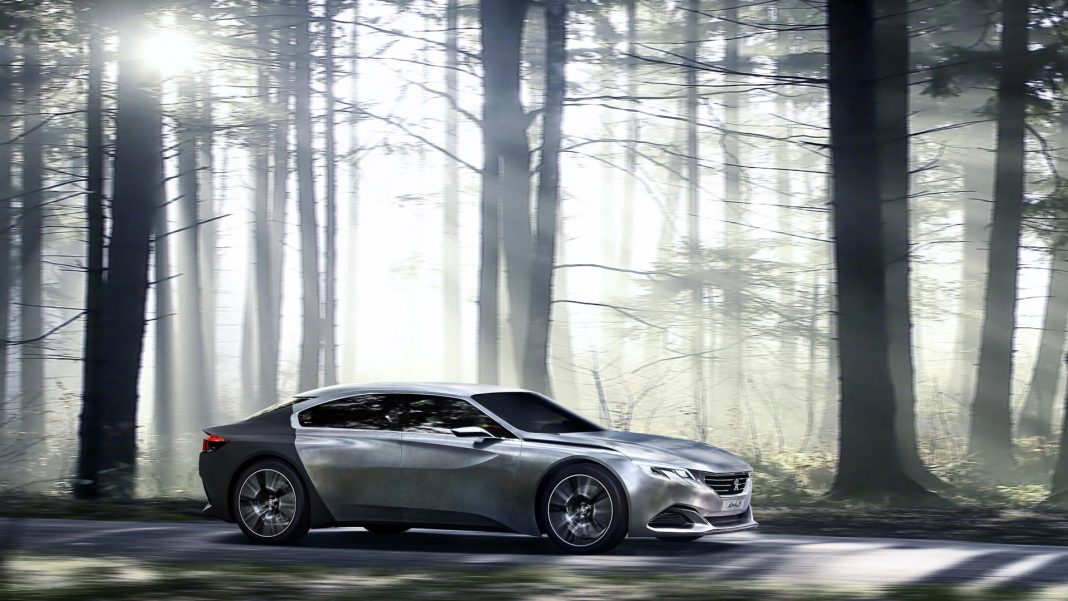 For Peugeot, a concept car is not a free exercise in style. It is part of a real brand strategy. It is a heightened vision that nourishes and inspires the style and technology of the future. Peugeot always develops its concept cars so that they are functional and driveable, in order to offer a complete experience, even when dynamic. For several years now, Peugeot concept-cars have had realistic dimensions (architecture & wheel size) and are equipped with elements that can be seen in production vehicles.

With 210 years of history, concept cars fuel Peugeot’s DNA. The first real exercise in style assimilated to a concept car was born in 1984: the Peugeot Quasar. As a real technological showcase, it was the first time that engineers and designers were given carte blanche to create a fantastical object outside of any industrial constraints. Gérard Welter designed the bodywork based on a sketch by Eric Berthet. He was one of the pillars of the Peugeot 205’s style and became the brand’s Design Director from 1998 to 2007. 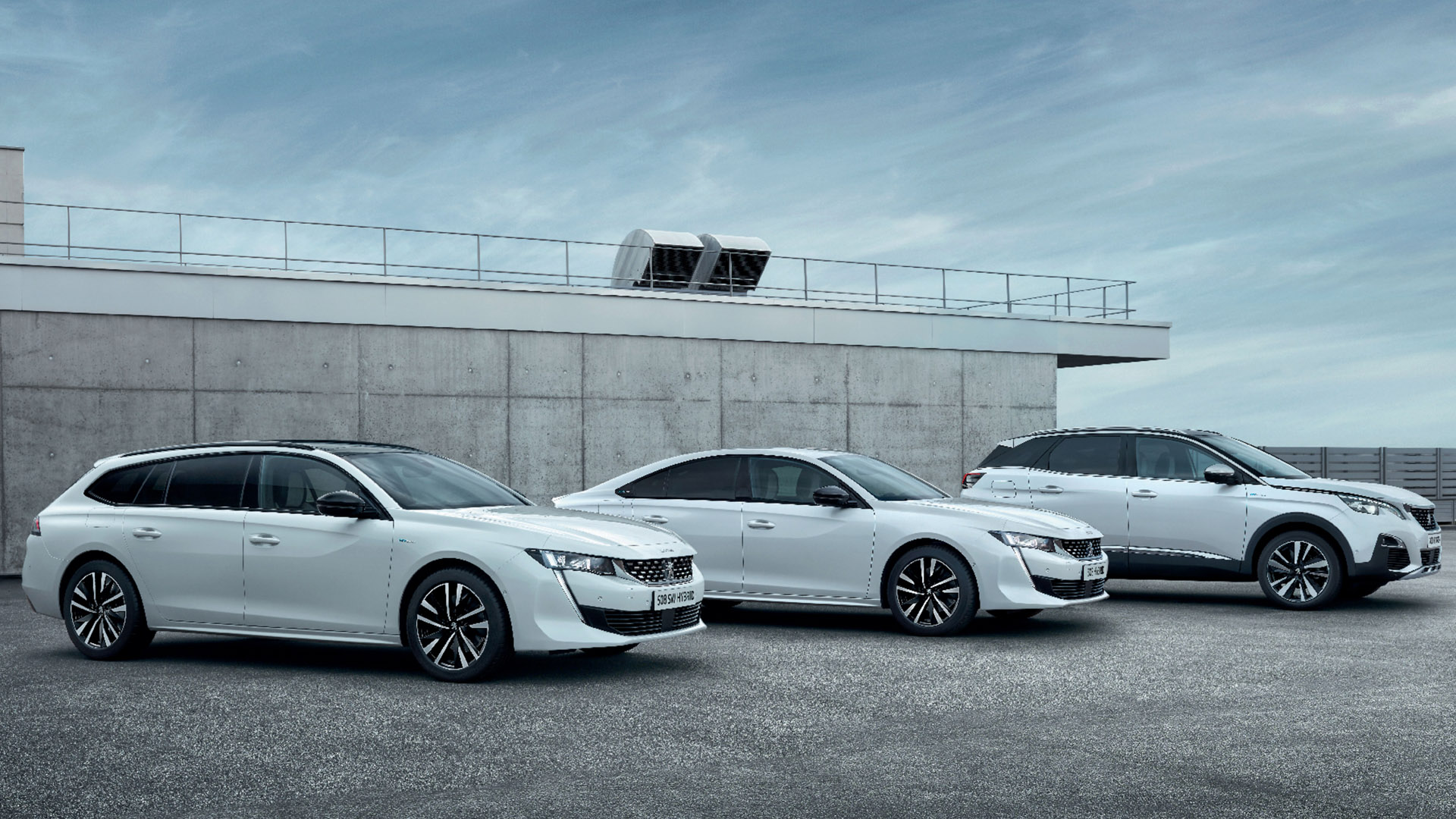 The interior, futuristic for the time, was designed by Paul Bracq. The base of the chassis is derived from a legendary 205 Turbo 16, as is its engine, which for the occasion was pushed to 600 horsepower. The following concept cars always maintained a link with the motor racing so dear to Gérard Welter. Presented among others at the Goodwood “Festival of Speed”, the Peugeot Proxima was be powered by a 680 hp bi-turbo V6 engine. With a similar engine, the Peugeot Oxya will be timed at 350 km/h on the Nardo speed ring in 1988.

In 2010, the SR1 concept inaugurates a new era in Peugeot design, with the appointment of Gilles Vidal.

In 2012, the Peugeot Onyx would be the brand’s first Style manifesto, exploring raw materials, such as copper, or the new position of the emblem in the centre of the grille. The Onyx line will also be the first full mobility statement with the bike and scooter concepts.

Other stylistic explorations will be real brand manifestos with the 308 R Hybrid or 508 Peugeot Sport Engineered concepts developed with the Peugeot Sport entity. The latter was the basis of a production car as was the case for the 306 hunting estate for the Phase 2 in 1999, the 20 for the 206 CC or the Peugeot RCZ Concept for the coupé of the same name.

At the beginning of the search for inspiration, designers are looking for signals of emerging trends in a wide variety of fields, such as: architecture, fashion, the arts or new mobility. The aim is to detect new expectations, new requirements in other fields, to get out of the automotive world, to detect new societal trends, all to benefit our future customers. This applies to exterior or interior design but also to research in colours and materials or graphics.

Once the specifications have been established (or a so-called mood board), the Peugeot Design Department launches a competition between all the designers. Some would work day and night to try and win the prestigious competition. Once the shortlist is set, digital models are made and scale 1 models are milled to see the volumes and the general balance of the object. 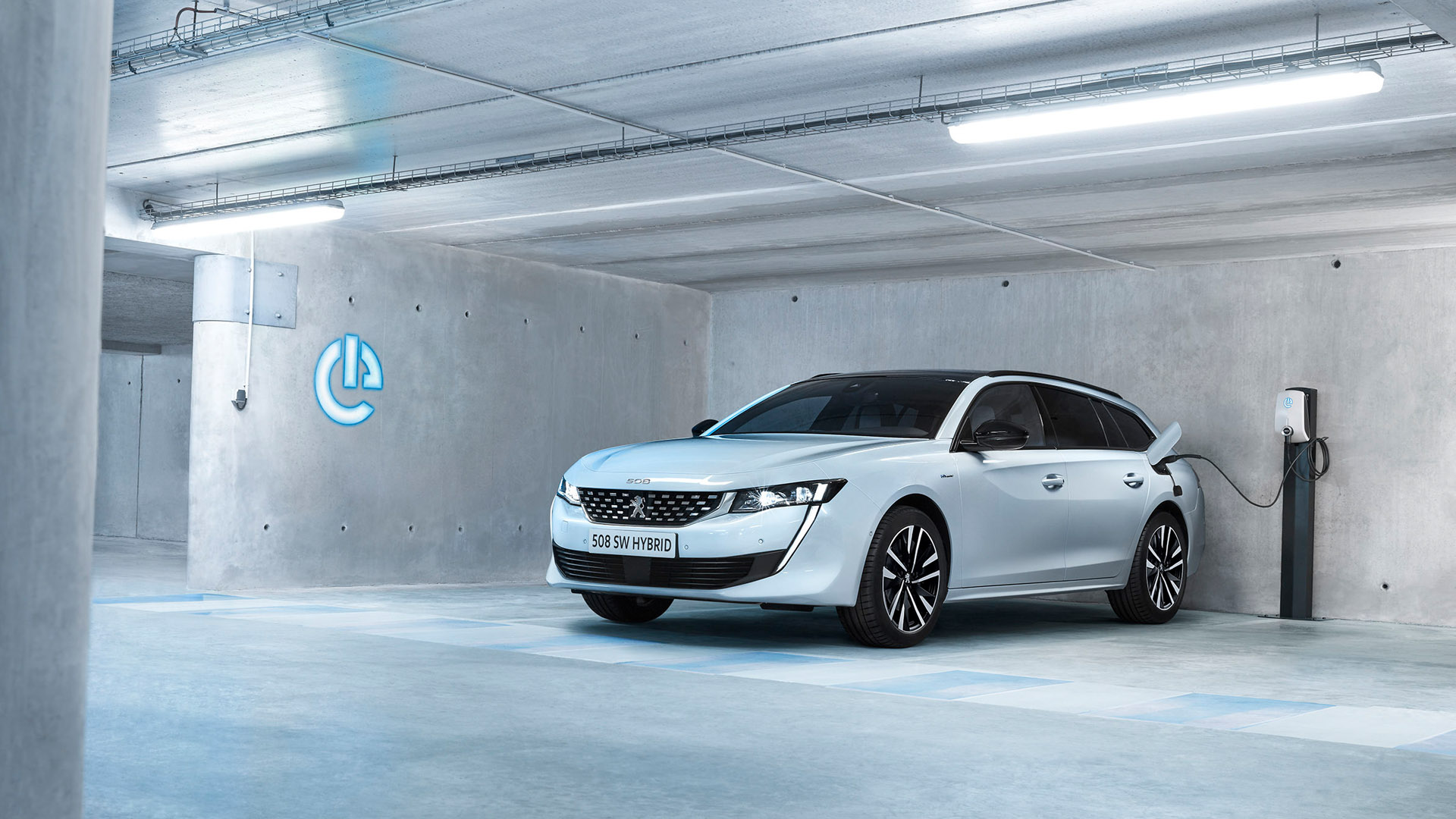 After long hours of deliberation and approval at the highest echelons of the brand, the project that best meets the initial specifications is selected. A 3D digitisation and CAD phase follows, to design a very precise digital model. A new, more detailed 1:1 scale model is then milled. This model will be used to refine the details, adjustments, surfaces and to define the final colour of the concept. The process is the same for the interior.

The project will then be entrusted to leading companies in modelling, mock-up and the production of unique pieces. They are the only ones able to meet the slightest wish or requirement of a designer.

One of the major challenges in the construction of a concept car is the time constraint. It is very often designed for a large event, such as a trade fair to take pride of place on a stand, and therefore cannot be delivered late. In less than a year, you have to go from stylish sketches to a finished, functional object. The new digital tools, such as virtual reality helmets or the C.A.V.E (Cave Automatic Virtual Environment), make the design part much easier today, but attention to detail and refinement are only possible on physical objects.

Concept cars are also an opportunity to form partnerships with SMEs or craftsmen who are the most advanced in their field. For Exalt, a custom-made fragrance has been created to perfect the experience right down to the sense of smell with Ex-Nihilo perfumers. For e-Legend, the interior woodwork in paldao essence has been shaped by the cabinet maker Hervet Manufacturier. Partnerships are also established with international leaders, as was the case with Samsung for Instinct, or with Focal for Foodtruck and Fractal.

Concept cars have played a major role in Peugeot’s move upmarket. Their technological level and sophistication feed the vehicles produced in series.

Concept-cars are locomotives, objects that unite all the company’s key players, whether they be the R&D or Communication and Marketing teams. They enable future uses to be explored around a common vision. They are real vectors of innovation that are used in the different business lines of Groupe PSA.

While certain styling studies have inspired the bodywork of certain products, they have also made a major contribution to the evolution of the interiors of mass-produced models. Through experimentation on innovative materials or new digital interfaces, the “phygital”, a mix of the physical and the digital, will simplify and transcend the driving experience of each Peugeot. 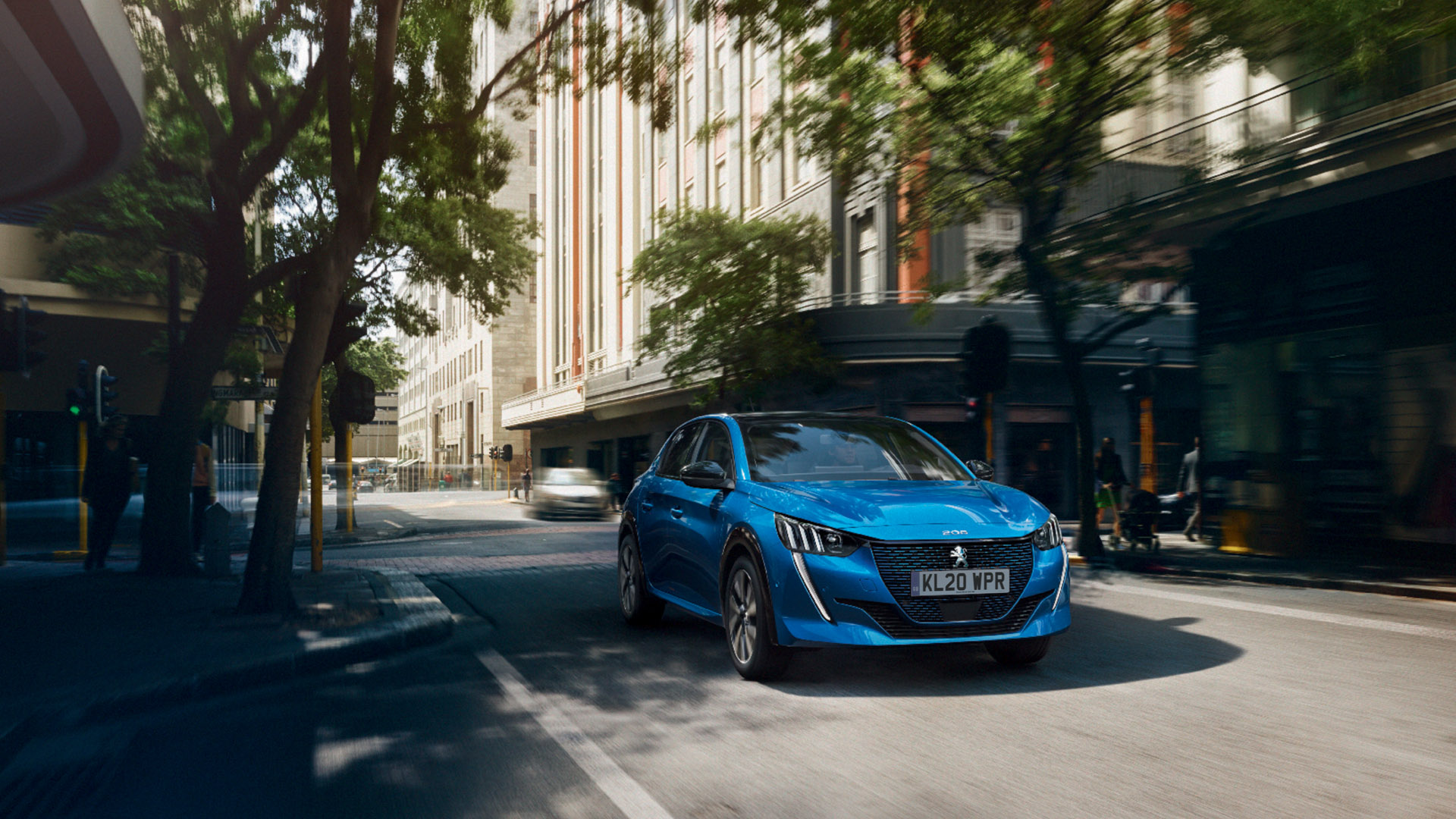 Each concept-car is a genuine laboratory for ideas. Some of them have been designed with innovations well ahead of their time. And even if they are not designed for mass production, many of the elements are used for products in the commercial range, here are a few examples:

Touareg: in 1996, this small concept car with the look of a buggy is propelled by an electric motor, powered by batteries which gives it a four hour range. A small combustion engine can extend its range by acting as a generator: the “range extender” was born!

Monster & 4002: these two projects did not come from the imagination of the Brand’s Designers, but from some rather gifted internet users! An innovator, Peugeot was the first car manufacturer to launch two international design competitions in 2000 and 2002. The reward was the production of your project on a scale of 1 and its presentation on the Brand’s stand at international trade fairs. Gilles Vidal, the Peugeot Design Director’s insisted the brand launched the “Summer classes” in 2018. For one month, 12 student designers are welcomed and supervised within the Automotive Design Network (or ADN for insiders) of Vélizy Villacoublay. In total immersion, this pool of young creative people can experience the design of four projects under the aegis of professionals in the field of design.

Sesame: high architecture and electric sliding side doors for exceptional accessibility, this is the prologue to the 1007!

EX1: during the 200 year anniversary of the Brand, EX1, 100% electric, broke three world acceleration records on the legendary circuit of Montlhery (France), where the 404 diesel had broken several endurance records in 1965.

SR1: renewal of the brand’s style, the flanks of the 208 Phase 1 are inspired by it, it is also the concept car that showcased the Peugeot i-Cockpit® for the first time. 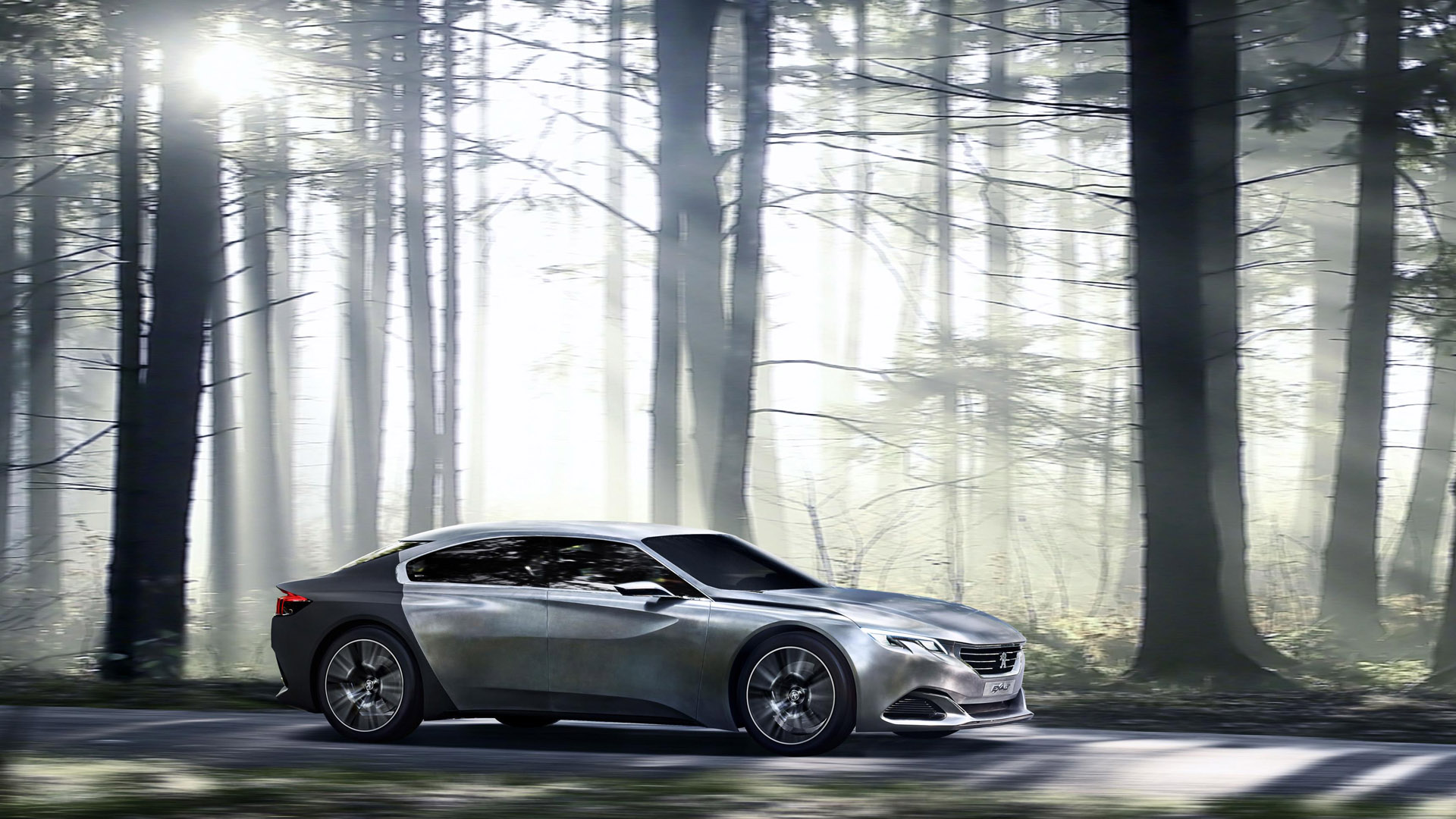 Onyx: bodywork combining carbon fibre and pure copper, left deliberately raw, the interior is made of an innovative and ecological material called “Newspaper Wood”. It is made from used newspapers, assembled and compressed. Onyx is powered by a V8 HDi Hybrid4 of 600 bhp (+ an 80 bhp electric boost) manufactured by Peugeot Sport and designed for the 908.

Exalt: its silhouette and dashboard guided the designers in creating the latest 508, the fastback with a dynamic silhouette. The wooden trunk lining has been used on the SW in a limited First Edition version. The flecked seat fabric with “tennis stripes” inspired the upholstery of the latest 3008 SUV.

Quartz: the dashboard of this concept car has been used on the Peugeot 3008 SUV, its holographic instrument cluster is now standard on the all-new 208, as is its so-called “tassel grille”.

Fractal: 80% of its parts are 3D printed and a new sound experience in 9.1.2 developed with FOCAL.

Instinct: intelligent aerodynamics and a “shooting brake” silhouette that heralds the all-new Peugeot 508 SW, Instinct also benefits from a partnership with Samsung. For the first time in the history of Peugeot, Instinct was not presented at an international motor show dedicated to motors but at the Mobile World Congress in Barcelona.

e-Legend: because boredom is not part of the brand’s DNA, because autonomy does not rhyme with monotony, because the energy transition will not erase 120 years of automotive history, Peugeot presents e-Legend at the Paris Motor Show in 2018. This exciting vision of the future of driving pleasure takes the form of a desirable and emblematic vehicle. By embracing a realistic and radically modern template, this projection into the future of the car glorifies the genes and elegance of Peugeot’s heritage.