The Skoda Octavia iV Estate is an affordable plug-in hybrid that not only looks the part but performs it, too. Our biggest complaint was its all-electric driving range – we had it tested at around 25 miles. It’s, otherwise, hard to pick out flaws where we awarded it our coveted Best Buy award.

But, what about its audio system? As standard, the estate comes with an eight-speaker configuration. Should you want to upgrade, a 12-speaker Canton sound system can be yours for £590 – oddly, you’re required to add the £870 Virtual Pedal and £265 LED interior light pack options too; this takes the tally up to £1,725.

The upgraded Canton system delivers a total output of 610W and features a 10-channel digital amplifier and 12 speakers: 6 at the front, 4 at the rear, one in the dashboard and a 200W subwoofer in the boot. Furthermore, it features vehicle noise cancellation and 3D surround sound, where you’ll be treated to Dolby’s 5.1 surround sound technology.

On review is the stock eight-speaker configuration.

To tinker with the vehicle’s audio settings, one can navigate to the appropriate menu on the 10″ infotainment system. Alongside a few basic car volume settings, you’ll find a three-band equaliser – here are our optimal settings:

To connect up to the vehicle’s system, you can opt for a wired or wireless connection, both Apple CarPlay and Android Auto are supported over USB. Over Bluetooth, the system supports both the AAC and SBC codecs.

As for media controls, they can be accessed through the display or the vehicle’s sleek-looking steering wheel that houses media controls on the left-hand side. You can also adjust the system’s volume by sliding your finger along a capacitive slider located under the centre-mounted display.

For a demo of the Skoda Octavia iV Estate’s audio system head on over to our YouTube channel.

In terms of its audio configuration, there are eight speakers in total in the stock setup. A full-range driver can be found within each of the four doors, and a tweeter is housed within each of the A-pillars and within the rear doors – it’s great to see both the front and rear of the cabin house the same number of speakers.

Given there’s no subwoofer in the boot, it shouldn’t come as a surprise to learn that the system’s sub-bass extension is cut short. Take ‘Jerry Sprunger’ by Tory Lanez & T-Pain for example, the song’s prolonged bassline cannot be felt throughout the song. That’s not to say it’s non-existent, as its full-range drivers still manage to muster up some sub-bass rumble.

As for the mid-bass, it’s punchy albeit a little uncontrolled. No matter if you’re sat at the front or at the rear of the cabin, you’ll get a sense of excitement when listening back to Tory Lanez’s remix of T-Pain’s classic. Indeed, with three notches added onto the bass EQ it’s certainly a joyous experience.

This does, however, hinder its mid-range reproduction, namely in the lower mids. Vocals are pushed back, which makes the overall system’s sound signature feel a little V-shaped. While it does fail to deliver forward-sounding mids, they’re still pretty accurate; that is if you don’t touch the Mid EQ setting, which when tinkered with will hinder the mid-range reproduction where it’ll sound a tad artificial.

Onto the highs, they extend well at the top-end. Adding a single notch to the Treble EQ does further bolster the system’s audio pizzazz, although, your mileage may vary depending on your hearing range and music taste. Note, you won’t want to EQ it too much as the highs can get sibilant at louder volumes.

What really impresses is its soundstage reproduction, which is aided by the vehicle’s elongated cabin. Not only do the eight speakers manage to provide an airy-esque sound but they also excel with instrument separation. Here, you’ll be treated with great positional cues, fantastic width and depth and an engaging sound.

Given you’ve got the same number of audio drivers at the front and at the rear of the cabin, all occupants can enjoy the same level of energy – the same couldn’t be said about most other vehicles on the market that focus on providing a bettered experience to the front occupants, only. 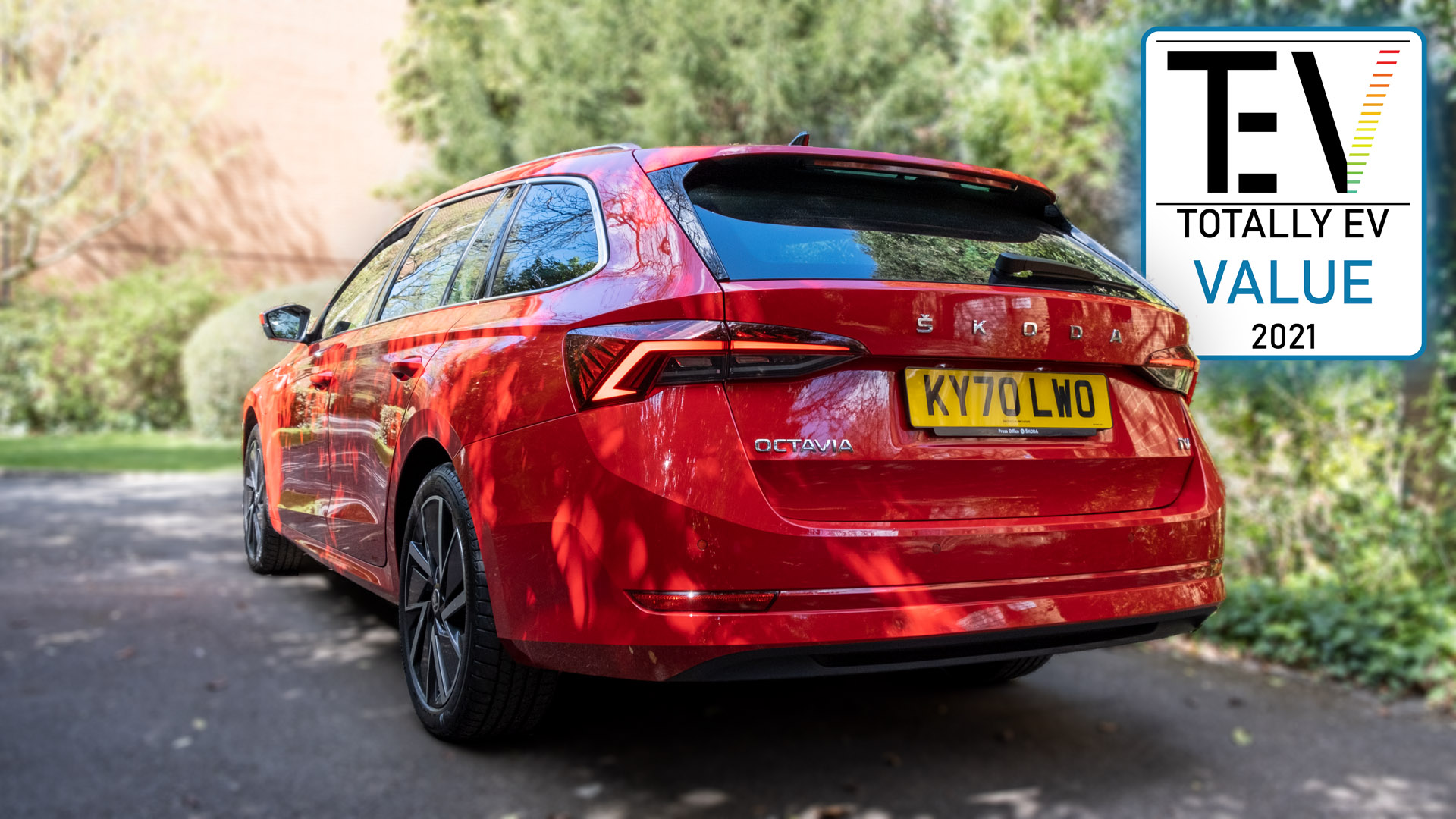 Frankly, the Octavia iV Estate’s eight-speaker audio system is outstanding and as such receives TotallyEV’s Value award, as it comes as standard. If you’re into audio, however, you might want to consider the Canton system as it bolsters the number of drivers found within the cabin and adds a healthy 200W subwoofer in the boot; this will elevate the Skoda’s sub- and mid-bass response to greater heights.