TotallyEV
Features The race is on to level up EV manufacturing 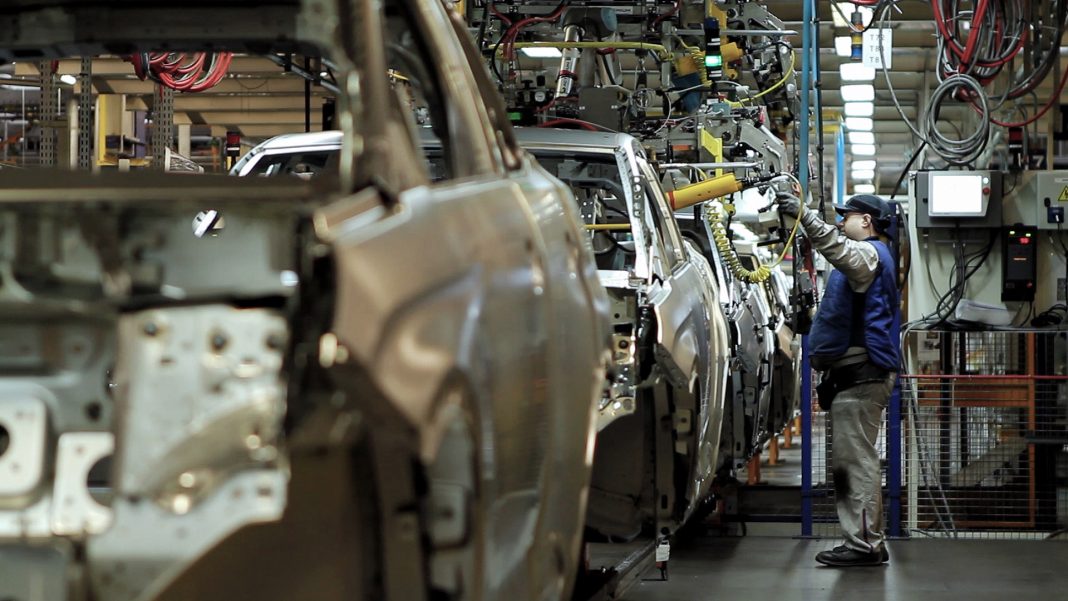 Today’s industries are dramatically changing, none more so than the automotive sector, which appears to be trapped in a catch-22 situation. On one hand, consumer desire for electric vehicles (EVs) is skyrocketing, with governments adopting legislation that will make traditional petrol and diesel cars obsolete.

On the other hand, EVs still have the reputation of being a luxury item, with a price tag to match. The UK government announced in February 2020 that it would bring forward a ban on selling petrol and diesel cars from 2040 to 2035. Whilst this is a bold, much-needed move to benefit the environment, EV manufacturers are finding that consumer demand is already heavily outweighing available supply. 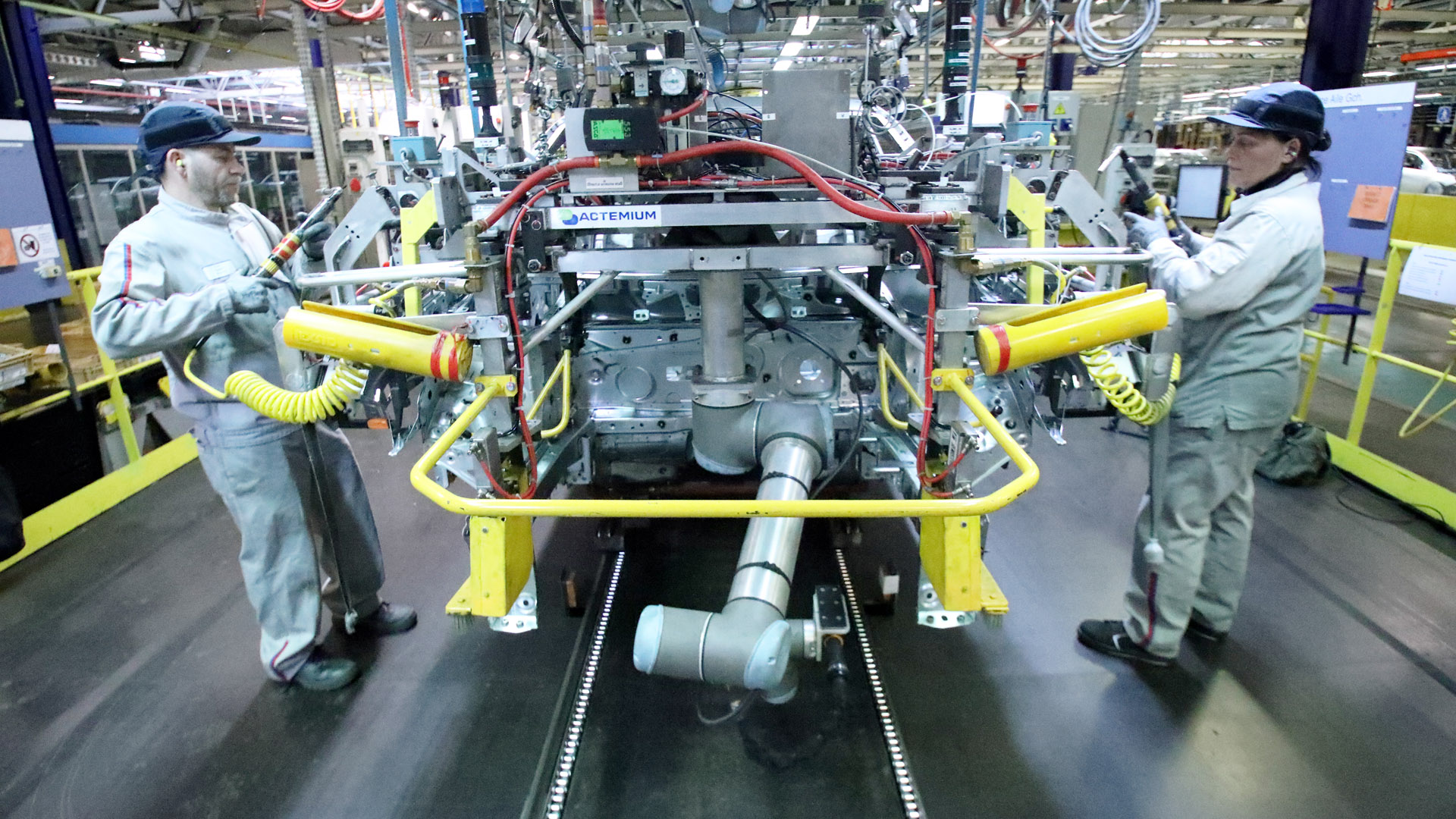 Whilst Deloitte expects the market to reach its tipping point in 2022, when the cost of EVs will match that of traditional petrol-driven vehicles, the clock is ticking for manufacturers to scale up sustainably and begin implementing advanced technologies.

To remain competitive in this continuously changing market, collaborative robots (cobots) are the key to surviving this transitionary period – TotallyEV reached out to Mark Gray from Universal Robots to comment on the use of robotics in the automotive sector. 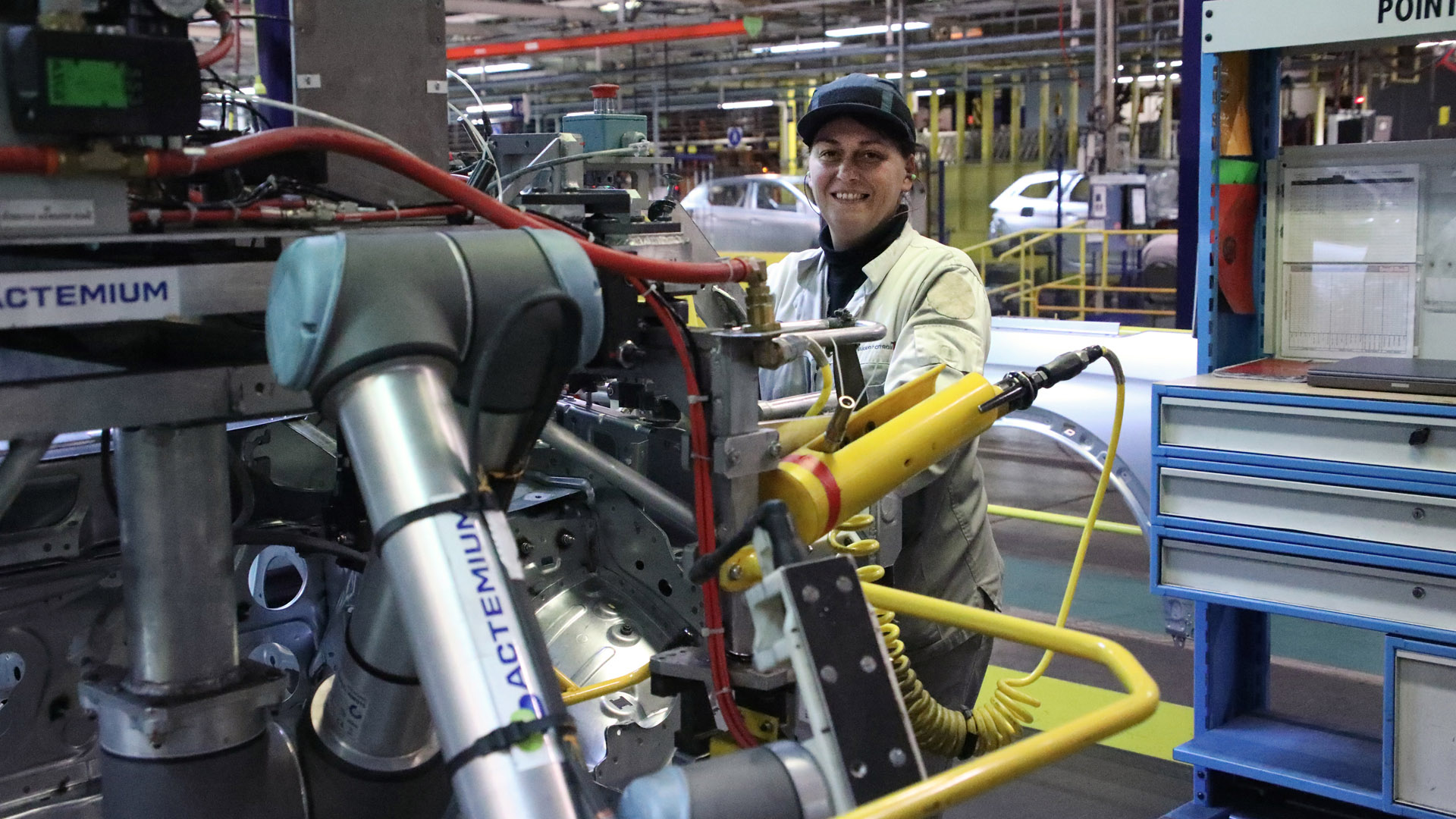 This isn’t a unique challenge, and it’s even been addressed in the automotive sector before. When Henry Ford first introduced the Model T in 1908, the automotive vehicle had already been invented twenty years prior. The car itself was not revolutionary, but the process by which it was manufactured was.

Where car manufacturers had succeeded in producing vehicles for the richest in society, Ford spotted an opportunity to ramp up production and create automobiles that were affordable to the general public. By introducing standardised parts, and assembly line production, the cost of vehicles plummeted, and soon became an essential item that could be attained by those with less money. In order to boost the popularity of EVs, a similar shift in the production process needs to occur.

Cobots can provide relief with areas that typically prove to be sticking points for EV manufacturers and can fit in seamlessly with existing production lines. Here, they have already proven themselves in industries requiring automation in tasks such as assembly, welding, pick & place and packaging and palletising. Cobots have already been deployed by EV manufacturers to pick and place heavy batteries in the EV production line. This is a highly repetitive task that once relied on huge physical efforts from human employees. 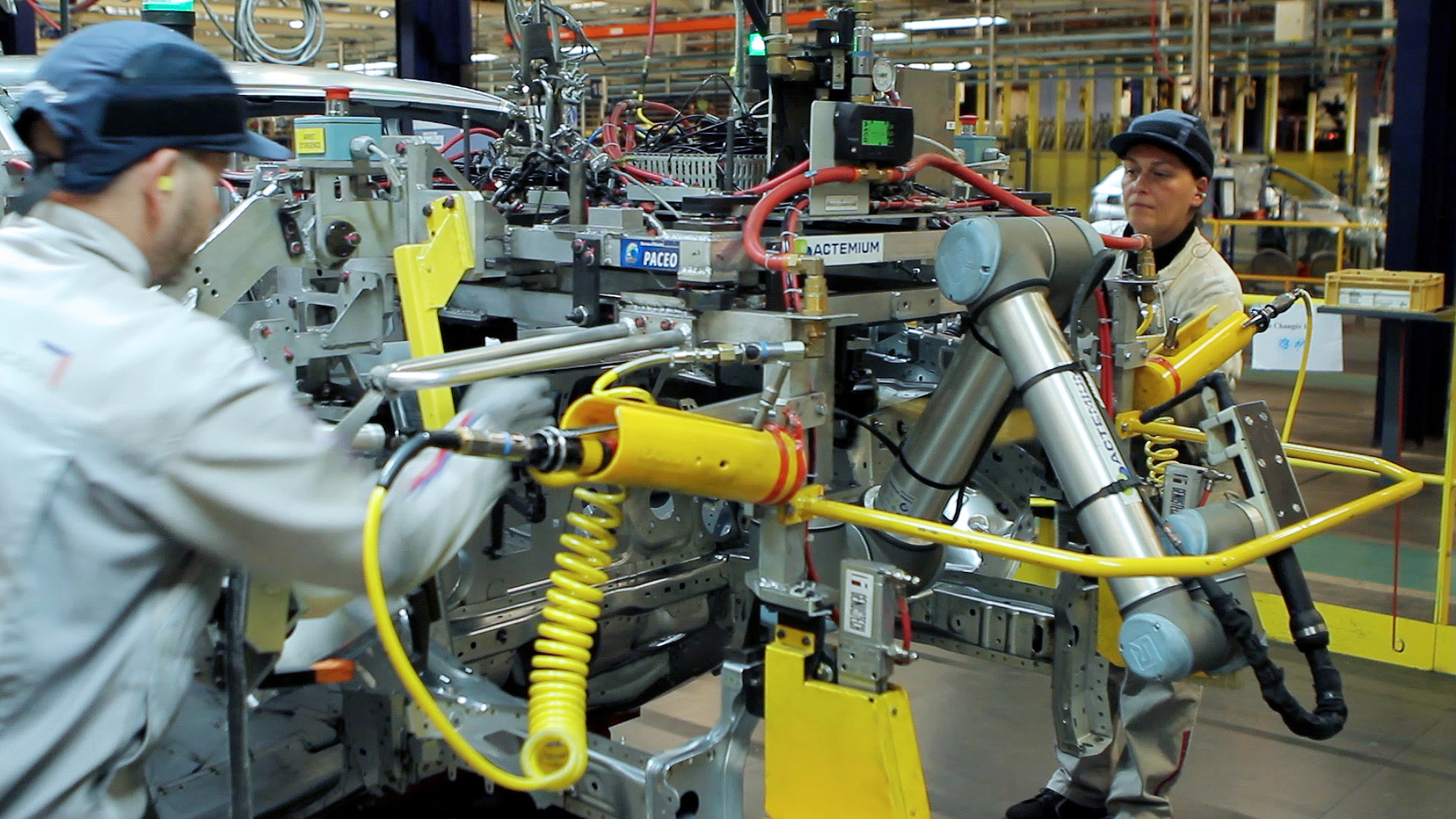 It’s important to remember that collaborative robots take tasks, not jobs, and this is an example of how cobots can take over dull, dirty and dangerous tasks, allowing human workers to be deployed elsewhere in more strategic positions. They are best deployed in existing production lines in collaboration with humans, allowing manufacturers to retain the flexibility and adaptability that industrial robots can’t provide.

The EV industry is a new and dynamic field, rapidly changing in the wake of new research and development efforts. With flexible automation, EV manufacturers can adapt quickly to new knowledge and innovations. The flexibility of cobots, coupled with how user-friendly they are, means that they can quickly adapt to changing factory needs and cope with changing consumer demand. The cobots that have been deployed to pick and place batteries can be easily re-deployed elsewhere in the production line where needs arise, such as with packing or testing. This flexibility and cost-effectiveness will provide EV manufacturers with the means to make EVs a viable and inexpensive product for the average consumer. 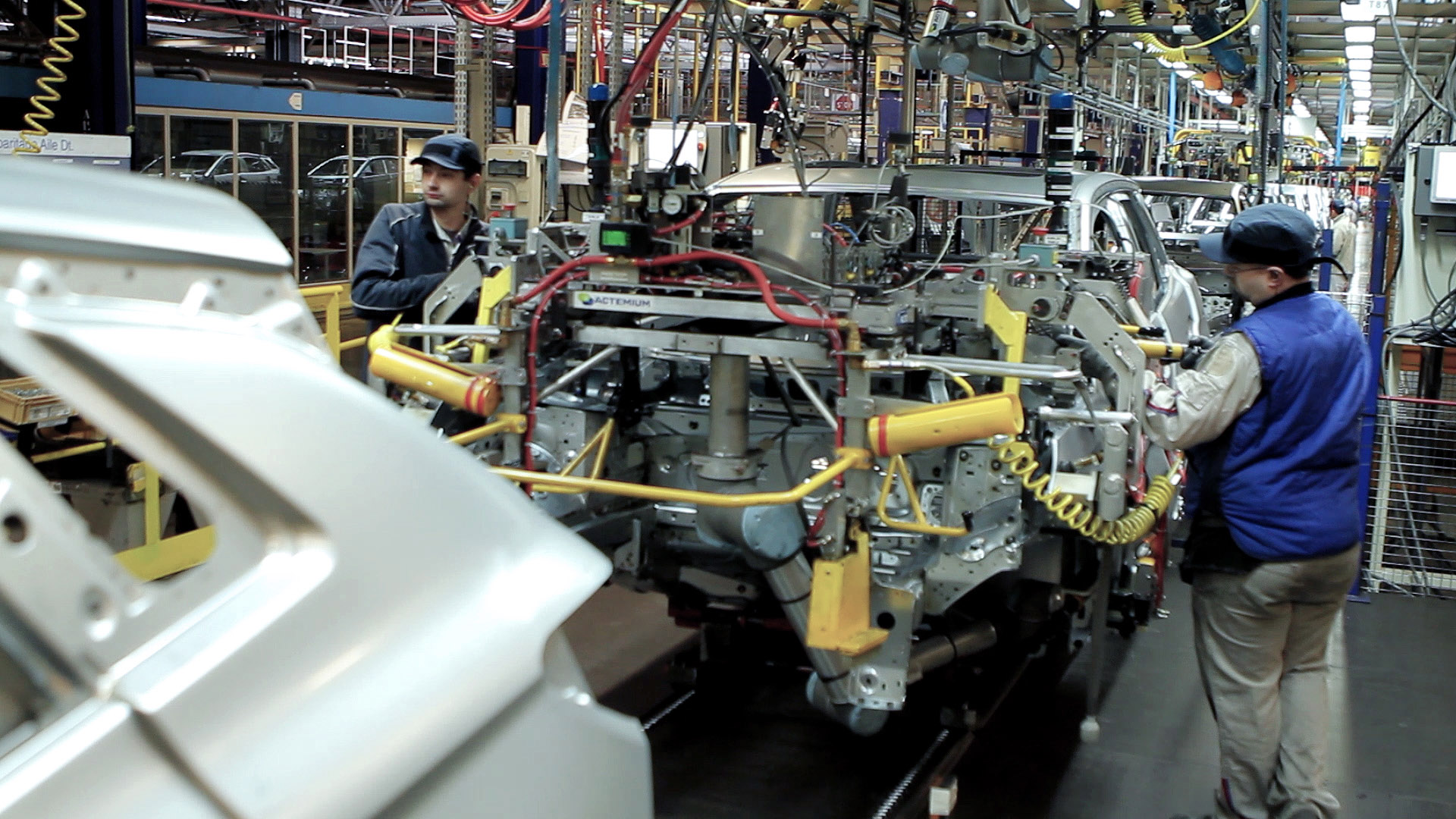 Automotive manufacturer Nissan, were able to see immediate benefits after deploying cobots into their production line for engines and parts for EVs. The well-known manufacturer was impacted by a lack of vital skills and slow production times.

By implementing cobots to loosen bolts on cylinder head cam brackets, Nissan was able to speed up production times and re-deploy human workers in more valuable positions. Later, the manufacturer reprogrammed the cobots to take over the process of installing engine block intake manifolds, which meant they would need to work in collaboration with real human workers. This meant moving across conveyor belts without safety fences, as well as carrying hefty intake manifold components. The cobots were proven to work harmoniously with human workers, vastly reducing production time and enabling the company to adapt flexibly to changing market needs. 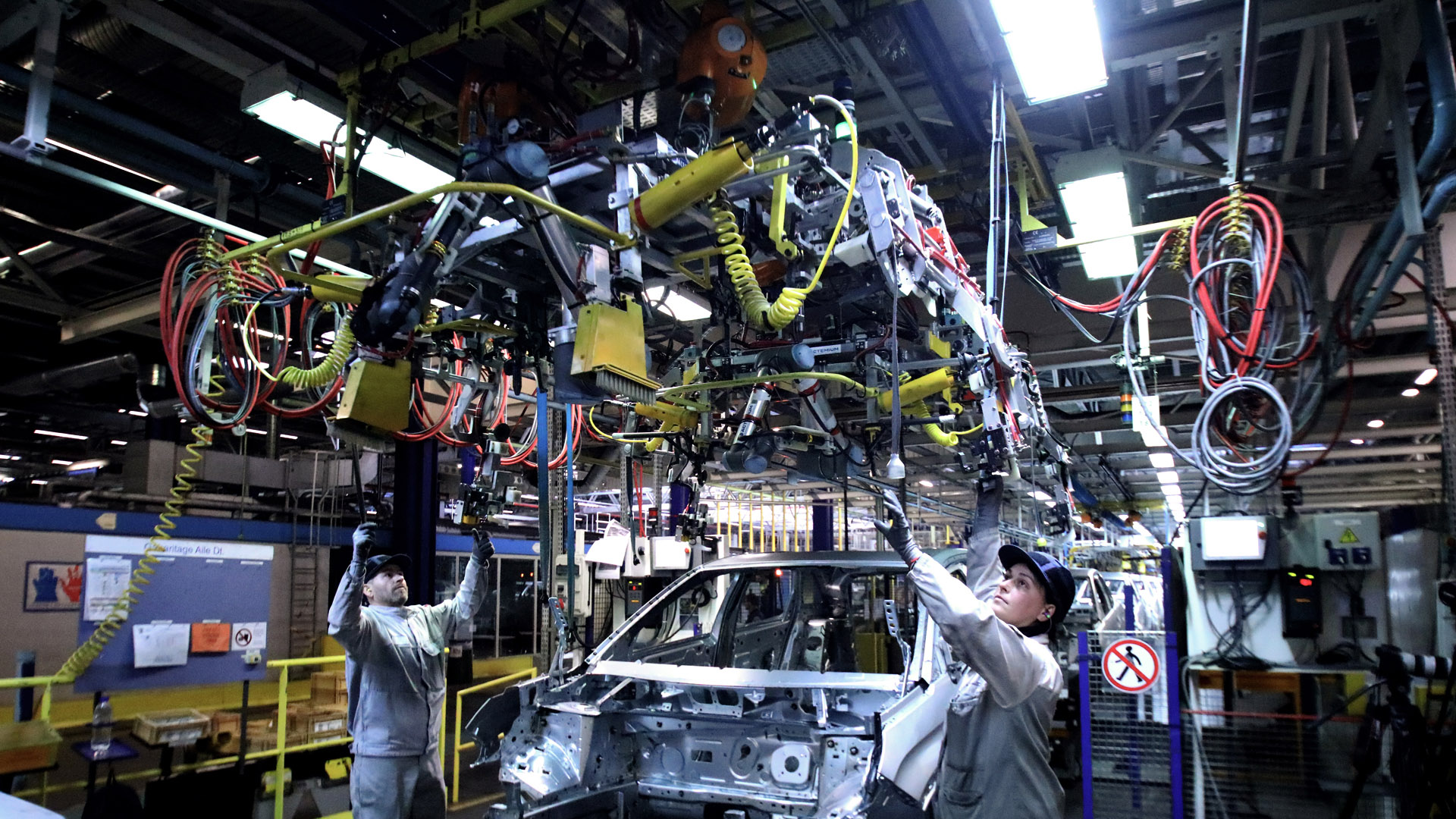 The EV sector is undoubtedly in a transitionary period, moving from mostly manual operations towards fully automated production lines. Cobots will empower manufacturers to begin this journey and scale-up production sustainably and responsibly in time for changing government legislation. Cobots can provide a much-needed helping hand to human workers, allowing them to focus on more strategic and valuable responsibilities.