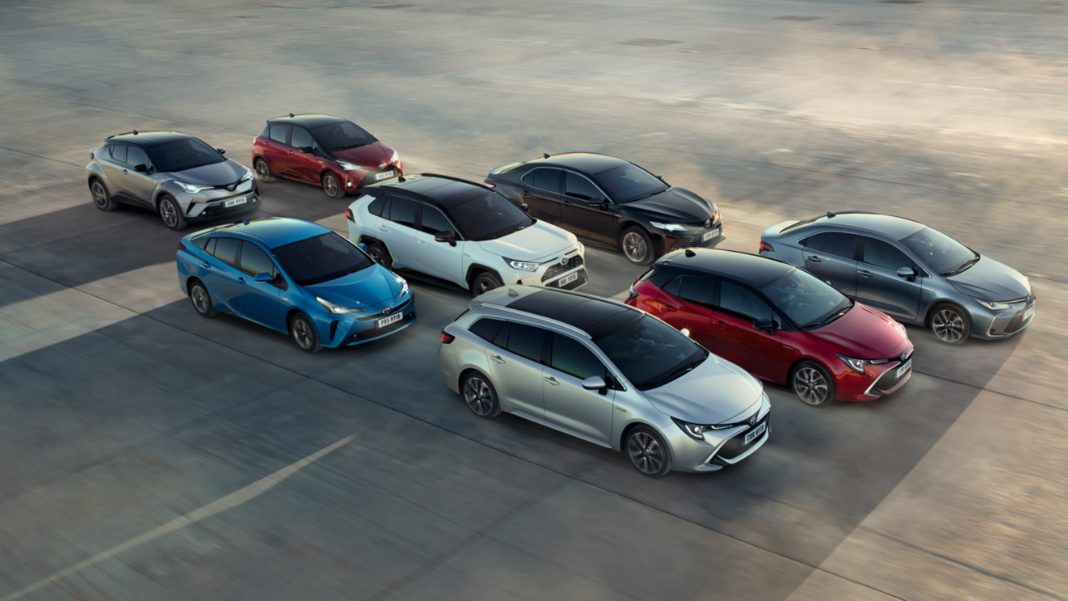 It began in 1997 with the launch of just one model: Prius, the world’s first mass-market hybrid electric car. Today, that technological leap forward has evolved into a global phenomenon with hybrid electric vehicle (HEV) sales totalling 15 million units across all Toyota brands.

In Europe, the UK is one of the strongest markets for HEVs with cumulative sales of Toyota models reaching 356,630 units up to the end of March 2020.

That’s been accomplished in 20 years since Prius’s turn-of-the-millennium debut here, with sales accelerating as Toyota increased the range of models available and continuously improved the performance of the technology. More choice, lower emissions and even better fuel economy have raised people’s awareness and acceptance of hybrid, moving it firmly into the mainstream. 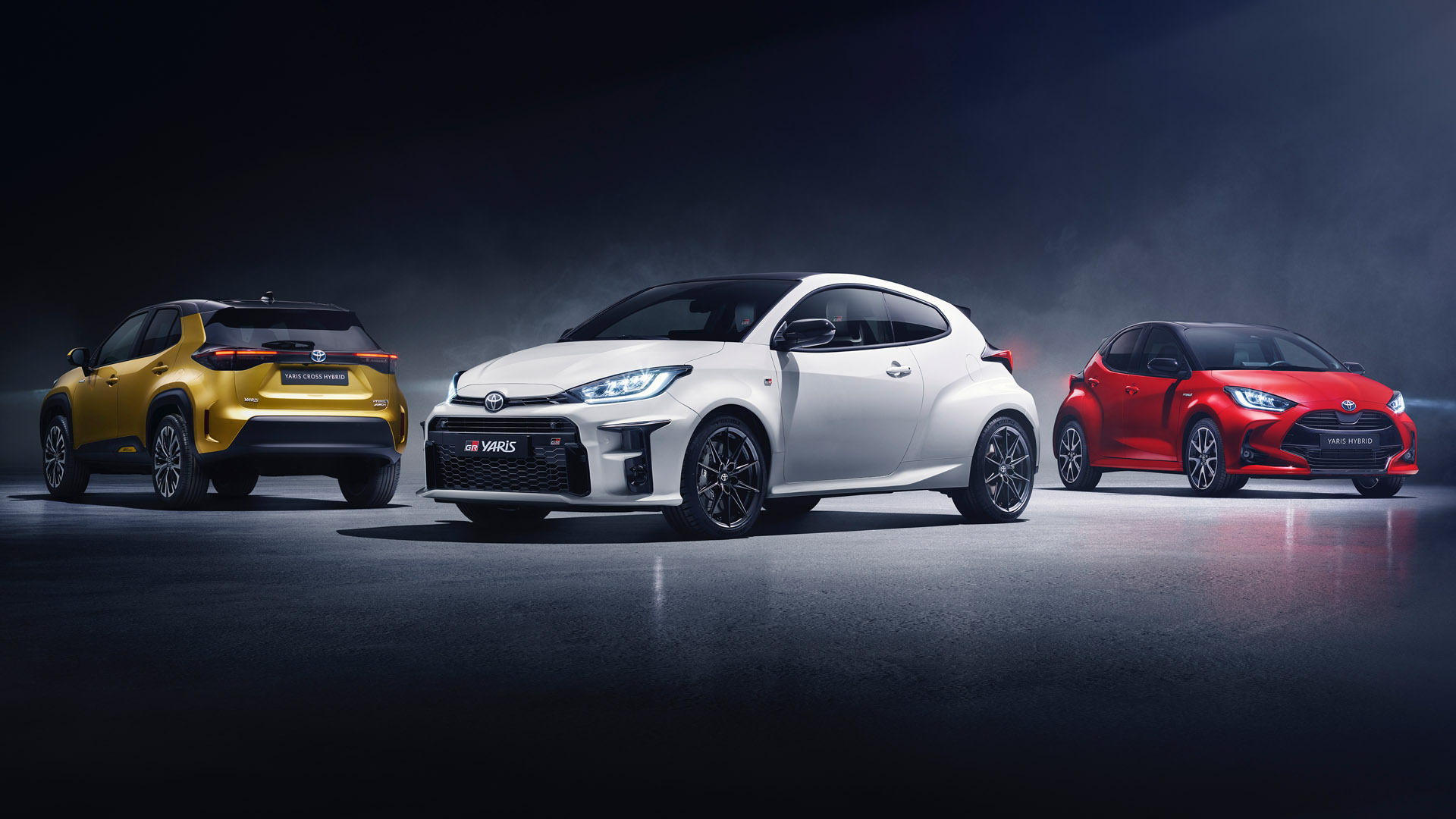 Only this year, Yaris became Toyota’s top-selling UK hybrid, overtaking Prius in terms of total sales. Its leading position is set to be strengthened this year with the introduction of the all-new Yaris, equipped with Toyota’s latest, fourth-generation hybrid-electric system, which will deliver significantly greater zero-emissions all-electric EV driving capability.

As announced last week, the line-up will grow in 2021 with the introduction of Yaris Cross, Toyota’s new compact SUV. In 2020, Toyota will also launch the first plug-in hybrid version of RAV4.

Currently, Toyota’s hybrids account for two thirds (66.1 per cent) of all the company’s new passenger vehicle sales in the UK.

Toyota decided to make hybrid electric vehicles 25 years ago, with Takeshi Uchiyamada leading a team tasked with developing a car for the 21st century, one which would produce fewer greenhouse gas emissions and other harmful pollutants. This breakthrough vehicle, Prius, made its debut in 1997 (2000 in the UK and Europe) around the same time as the global environmental movement gained new impetus with the signing of the Kyoto Protocol.

With 15 million vehicle sales – and counting – Toyota’s hybrid technology has made a significant contribution to reducing global carbon emissions. The company calculates it has saved more than 120 million tonnes of CO2, compared to equivalent petrol vehicles. 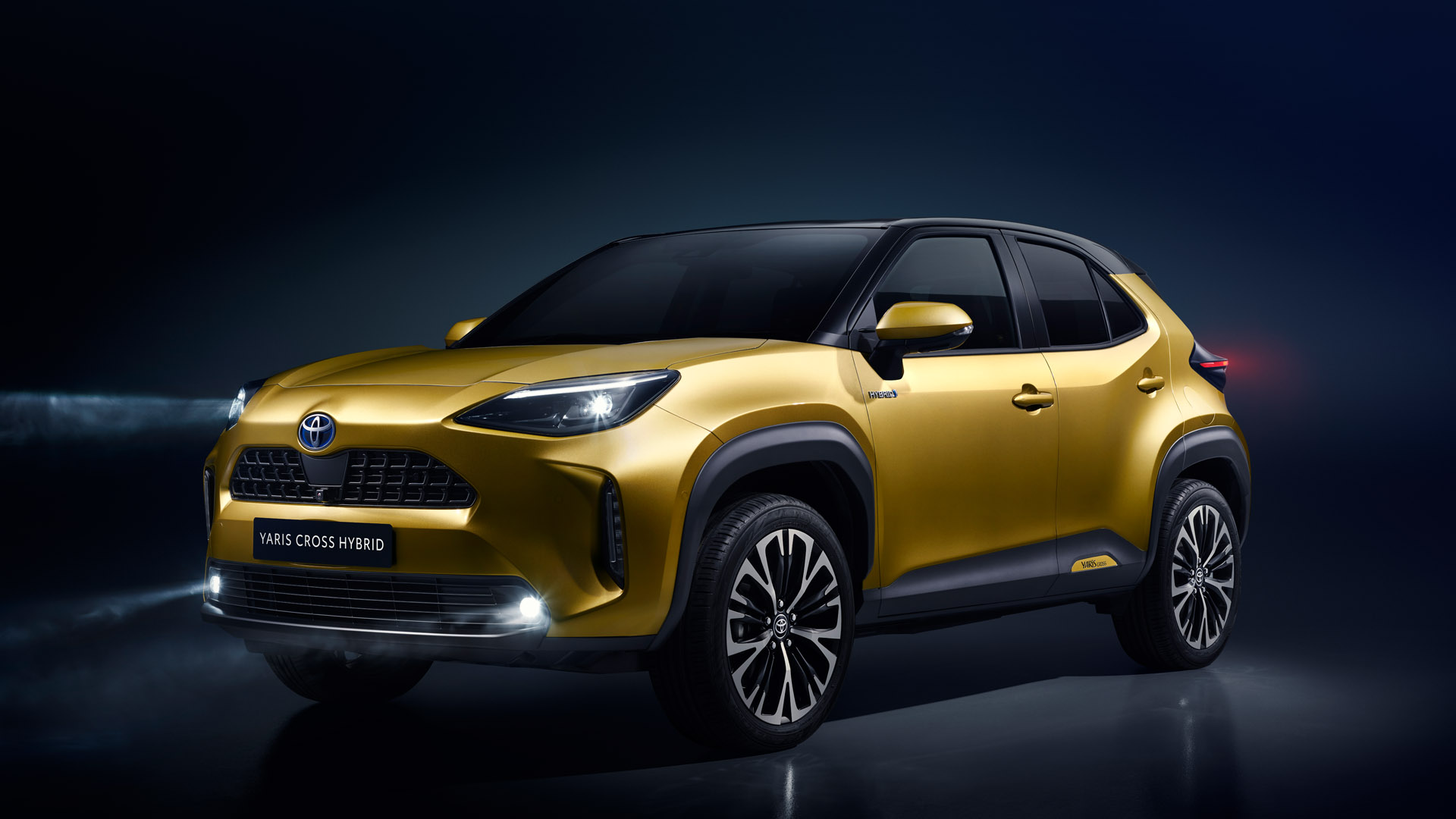 Toyota’s vision has allowed it to become a leader in meeting increasingly stringent emissions regulations around the world: “It is thanks to our hybrid sales that Toyota is well on its way to meeting the 95g/km target set by the European Union for 2020 and 2021 in Europe, where CO2 regulations are the toughest in the world,” said Matt Harrison, Executive Vice President, Toyota Motor Europe (TME). In addition, all our full hybrids are effective in running without emissions for most of the time when driven in cities.”

Sales of its hybrid vehicles have soared as Toyota has combined the technology with the driving, safety and design benefits inherent in its new series of TNGA (Toyota New Global Architecture) platforms. Beyond its current fourth-generation hybrid system, Toyota is continuing to refine its hybrid technology to achieve even lower emissions and ever-better fuel efficiency. Today, hybrid electric vehicles are affordable, accessible and convenient for customers. 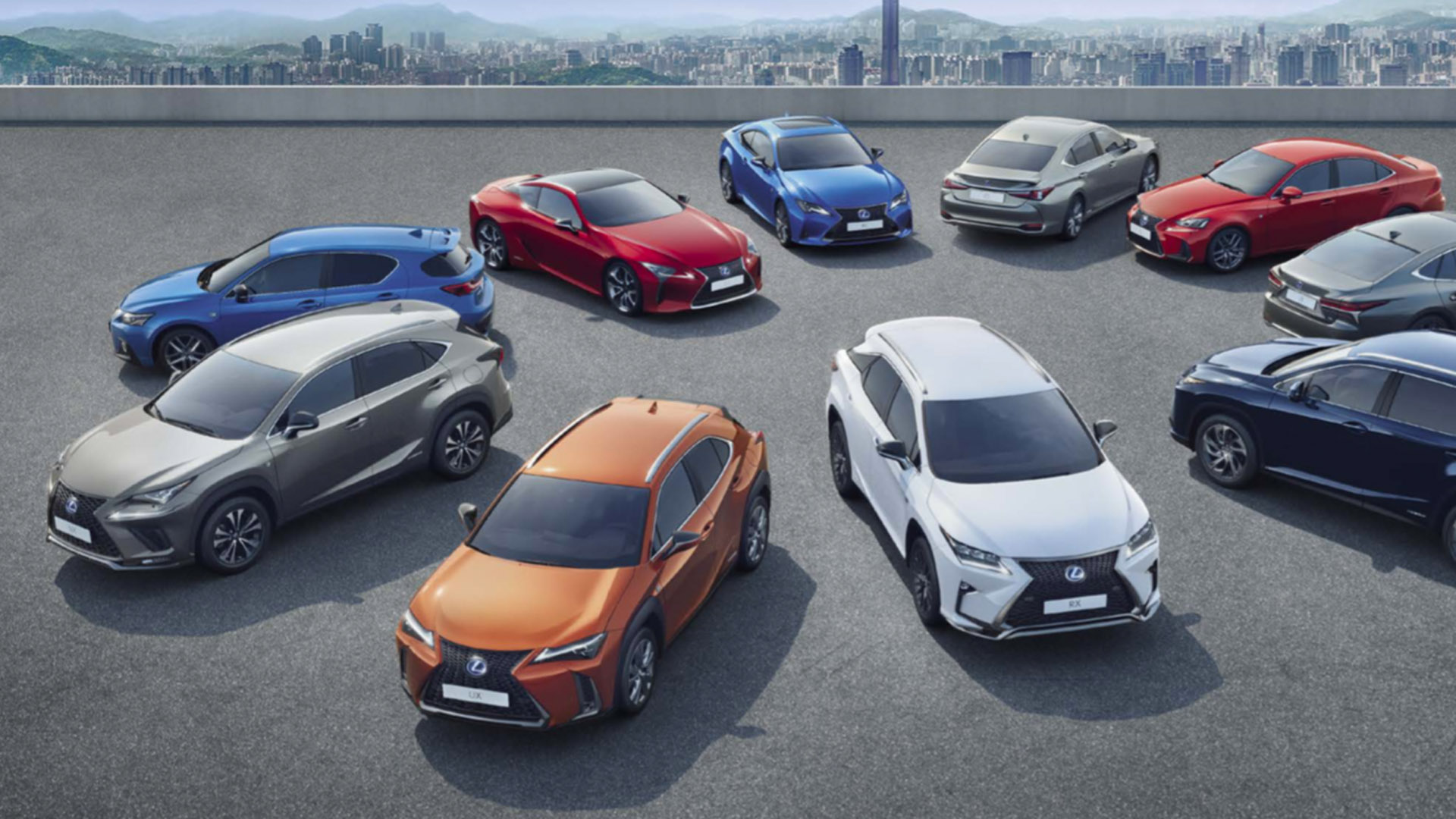 Hybrids are paving the way for other vehicle technologies

Toyota believes HEVs are an essential part of the overall future mix of electrified vehicles. More than two decades of electrification experience feed into its multi-powertrain strategy for providing various types of electrified vehicles to reduce emissions based on regulations, market infrastructure and, ultimately, customer demand. Toyota does not envisage a “one size fits all” scenario, but a future in which different electrified technologies, including hybrid electric, plug-in hybrid electric (PHEV), fuel cell electric (FCEV) and battery electric (BEV) vehicles all play a part.

Shigeki Terashi, Chief Officer of Toyota Motor Corporation (TMC), said: “Of course, we must work hard on improving battery performance and lowering costs (of BEVs), which we are doing. But we must avoid having no plan until we overcome the hurdles related to both BEVs and FCEVs. In the meantime, we can contribute by continuing our work on HEVs.” 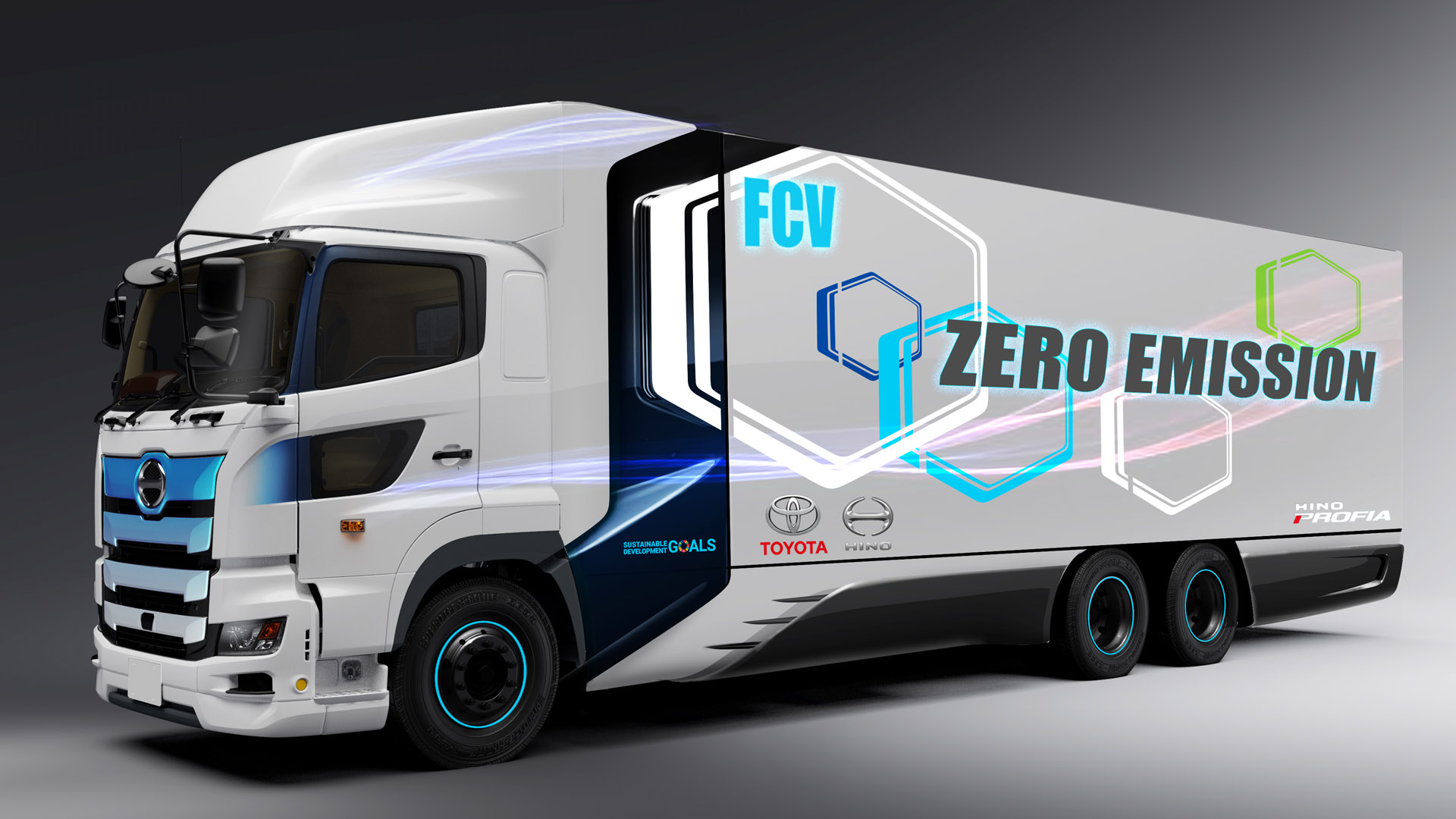 As a result of its long hybrid electric vehicle experience, the company has deep transferable expertise in the core electrification technologies which are common across all forms of electrified powertrains, putting them in pole position for an electrified future. Continuous development of electric motors, batteries and power control units has taught Toyota how to manage and reuse energy efficiently, giving customers a range of electrified options to choose from, including HEVs, PHEVs, BEVs and FCEVs.

To realise this vision in Europe, Toyota is planning to launch 40 new or updated electrified vehicles by 2025, across all technologies, including at least 10 ZEVs. Its hybrid electric vehicles will remain a core part of the powertrain mix to meet customers’ needs and help drive down emissions together with other types of electrified vehicles. That has been the company’s goal ever since it launched the first Prius, with the ultimate ambition to achieve zero emissions in a widespread and sustainable

Volvo and Geely are considering combining their businesses