The Vauxhall Corsa-e is an all-electric five-door hatchback that starts from £26,640. We found the vehicle to be a good all-rounder but ultimately its competitors offer a more compelling option for the price.

Inside the electric Corsa is a six-speaker audio system, where each channel outputs 20 watts of RMS power. At the time of writing, there’s no means of upgrading the system when purchasing the vehicle brand new.

To tinker with the vehicle’s audio settings, one has to navigate to the appropriate menu on the 7″ infotainment system – the model on review has a 10″ capacitive colour touchscreen display, instead.

Alongside the call volume and the ability to enable or disable touch tones, you’ll find a three-band equaliser – here are our optimal settings:

With Loudness on, the low- and high-end frequencies are emphasised, while with the setting toggled off, we’d recommend adding +6 to the Bass, and +2 to the Treble. As for which is best: it truly depends to what you prefer; if you like an energetic sound, opt for Loudness mode, if however, you enjoy a more neutral audio reproduction, opt for the second option, instead.

As for media controls, they can be accessed through the display or via a set of buttons found on the right-hand side of the steering wheel.

For a demo of the Vauxhall Corsa-e’s audio system head on over to our YouTube channel.

There are six speakers in total, where two loudspeakers reside in each of the vehicle’s doors, and a tweeter sits within each of the A-pillars at the front of the cabin.

Indeed, there’s no subwoofer in the boot and this becomes apparent when listening to Wes Nelson’s debut single, ‘See Nobody’. Throughout the song, there should be prolonged sub-bass rumbles, but in the Corsa-e these are almost non-existent.

While this frequency range can’t be reproduced, the full-range drivers do their best in providing a hearty mid-bass punch. Here, the vehicle’s speakers manage to competently reproduce the song’s bassline. The drivers are, however, a touch uncontrolled namely at louder volumes where the mid-bass becomes a bit more wobbly.

Similarly, the mids are a little pushed back and recessed; adding a few extra notches to the ‘Medium’ EQ will artificially boost the frequency range, resulting in an inaccurate reproduction. Lizzo’s voice in ‘Juice’, for example, isn’t portrayed perfectly with any additions to the frequency band via the EQ settings. As a result, the system has a V-shaped sound, which means it sounds warm and fun, albeit a little pushed back with vocals.

As for the soundstage, it’s a little narrow. With a limitation in the size of the vehicle’s cabin, the six speakers haven’t got an expansive space in which they can shine and given the number of audio drivers at your disposal, audio lacks width and depth. Nevertheless, there’s a good degree of instrument separation, namely at the front of the cabin. 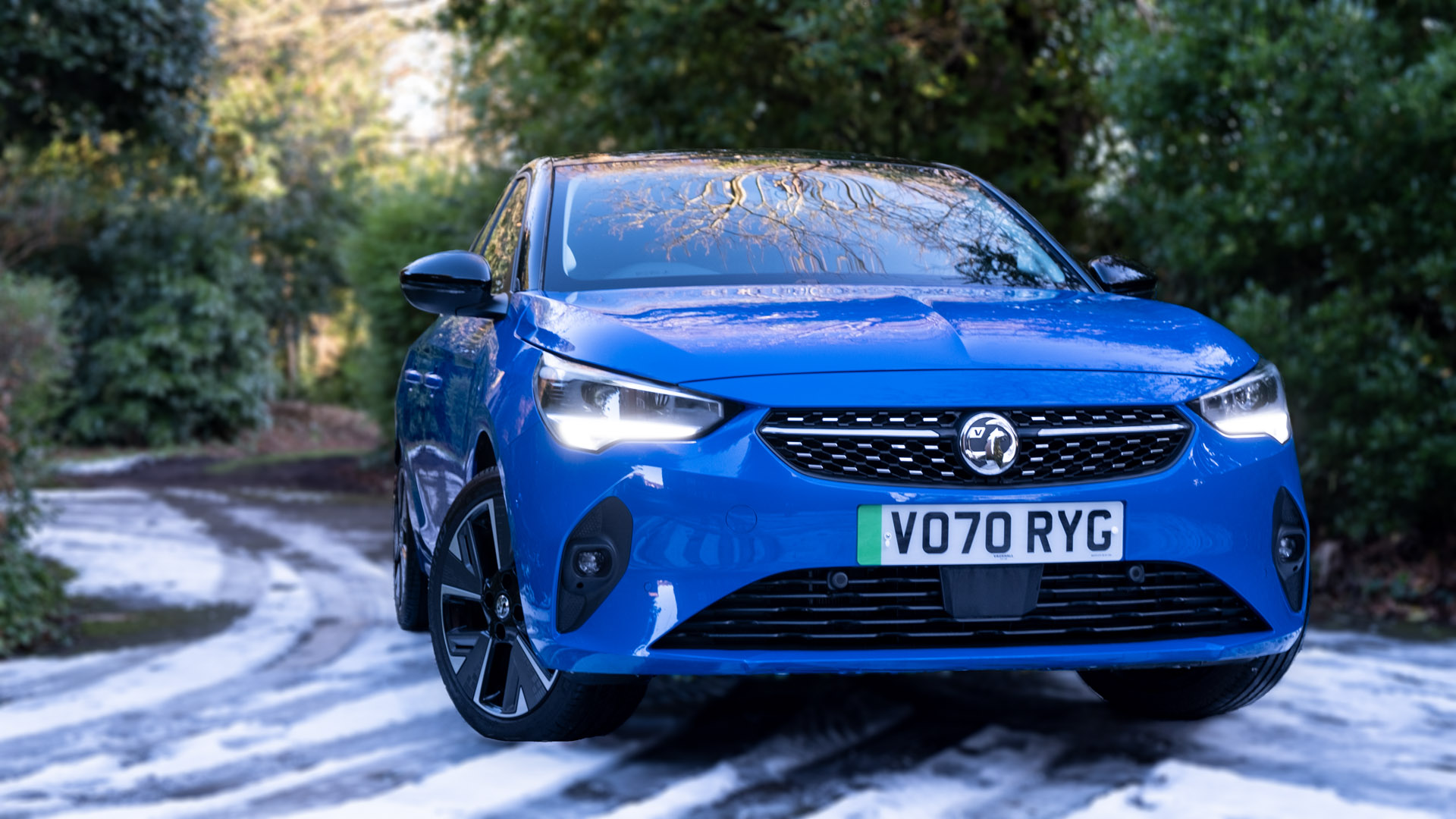 On the whole, the Vauxhall Corsa-e’s six-speaker system is neither impressive nor terrible. We’d have liked to see an option for consumers to enhance their audio experience, especially given the vehicle’s all-electric nature.

Here, the addition of a subwoofer would have taken the system to new heights, and extra drivers throughout the cabin could have added a bit more immersion. Alas, that’s not the case, and the vehicle’s audio system is mediocre at best, for a vehicle that starts from £26,640.