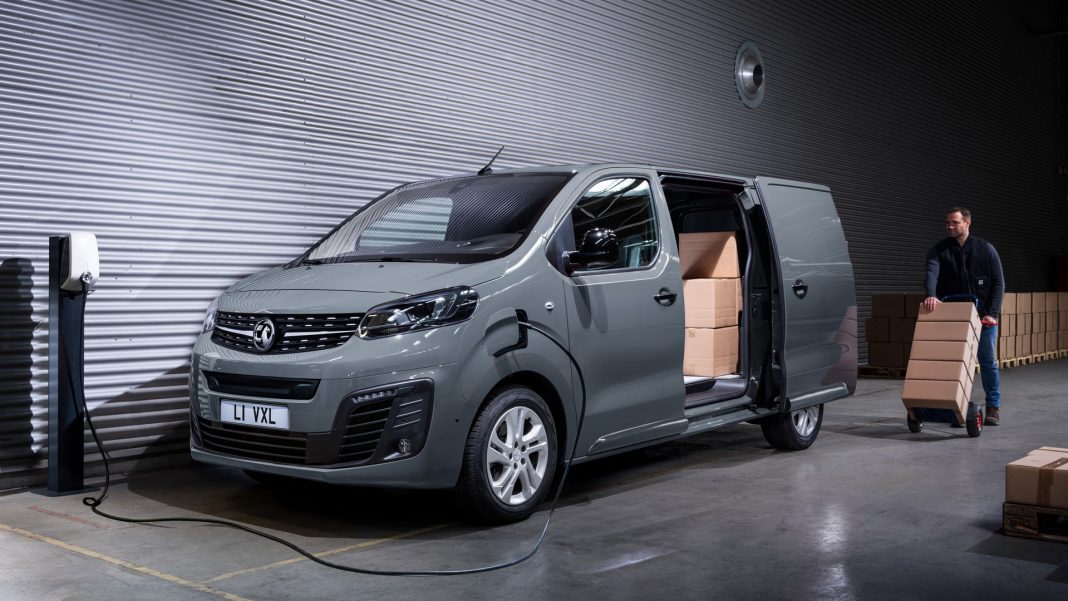 Vauxhall released the first pictures of the Vivaro-e, its first factory-built, fully-electric van, set to arrive in the market as more and more UK cities welcome emissions-free vehicles.

Built on the same line as the diesel-engined Vivaro, and available to order from June in two lengths and two body variants, the new battery-electric Vivaro-e enables business users to benefit from uncompromised zero-emission, door-to-door mobility. Far from being a compromised ‘final-mile’ solution for delivery drivers, Vauxhall’s Vivaro-e has a range of 188 miles on the WLTP cycle, meaning that multi-drop deliveries around large town and cities on a single charge will become a reality for British business users.

While the Vivaro-e is as versatile and flexible as any other Vivaro, its payload of up to 1,226kgs is also comparable to that of similar LCVs with internal combustion engines. In fact, the load it can carry is only 130kgs less than a Vivaro fitted with a diesel engine. The Vivaro-e is also the only electrified vehicle in its segment that has the ability to pull trailers (with a maximum towing capacity of 1.0 tonne). 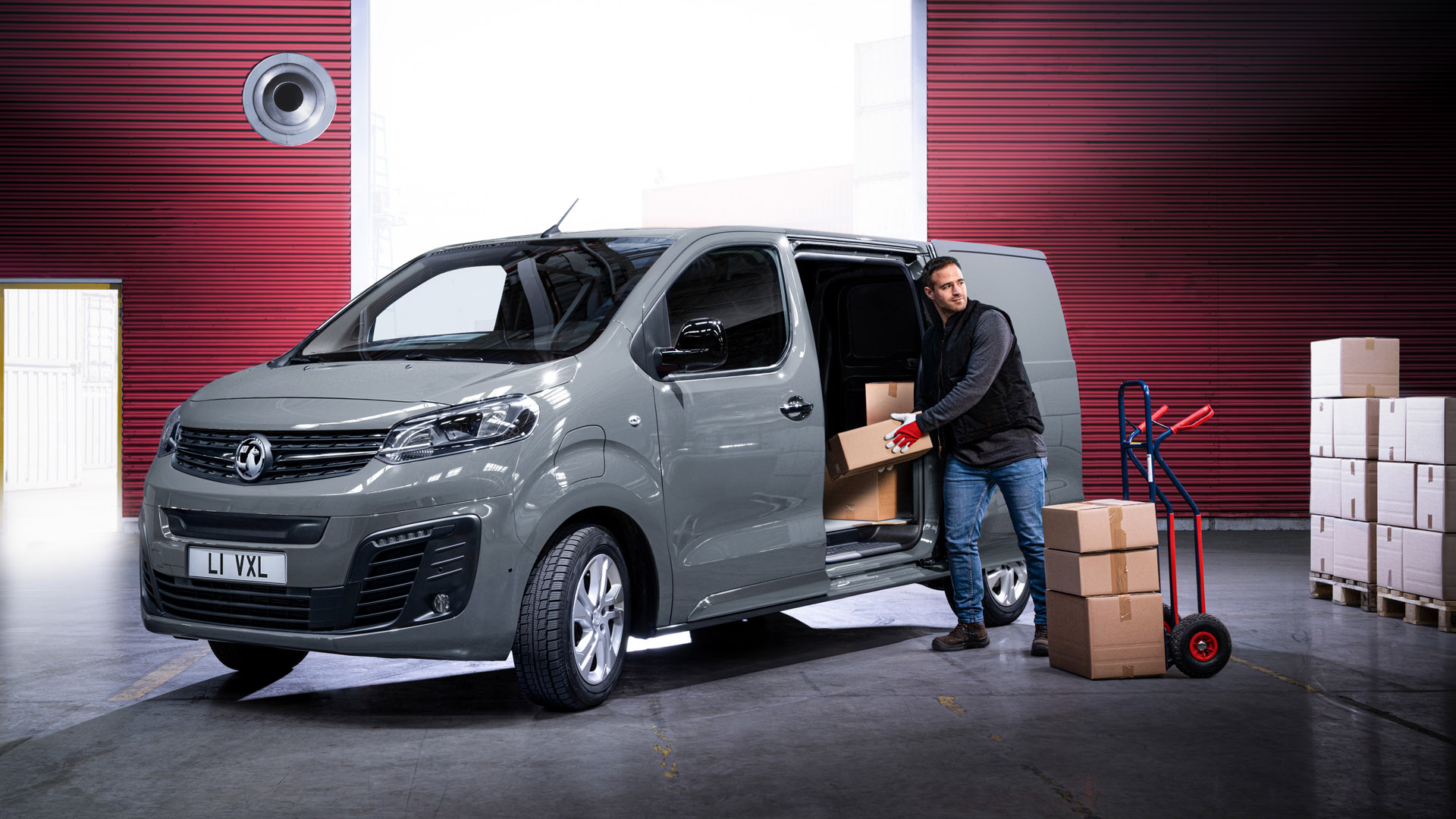 Vivaro-e customers can choose between two sizes of lithium-ion battery, depending on their needs. A 75kWh unit provides up to 188 miles of range, while business users with smaller areas to cover in the working day can opt for a 50kWh battery with a range of up to 125 miles (both WLTP test cycle).

The batteries comprise 18 and 27 modules respectively, and the system is cooled via the cabin’s coolant circuit for optimized range and an increased lifetime. Since a battery-electric version was planned from the beginning of Vivaro’s development, the batteries are packaged under the loading space in such a way that they do not compromise its usage. A sophisticated regenerative braking system, which recovers the energy produced under braking or deceleration, further increases efficiency. 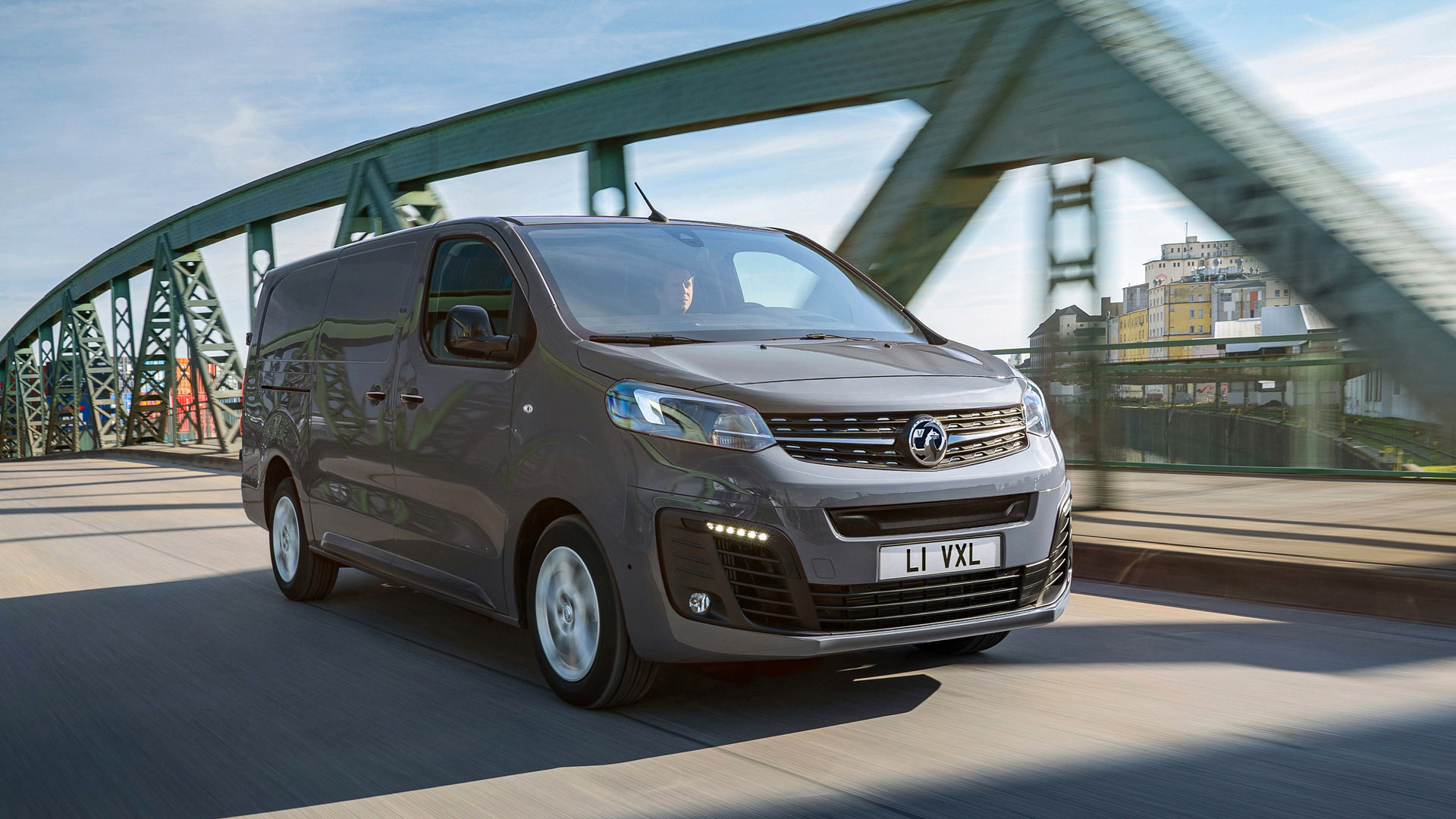 The Vivaro-e is as easy to charge as it is to use. Via wall box, fast charging or even a cable for charging from a domestic plug socket if necessary, every Vivaro-e is ready for a variety of charging options.

Using a 100kW DC public charging station, charging of the 50kWh battery to 80 per cent only takes 30 minutes – and 45 minutes for the 75 kWh battery. Depending on the distances a user drives on a daily basis and on the time left between usage phases to charge the battery, they will find the standard, single-phase 7.4kW on-board charger sufficient, or opt for the optional three-phase 11kW on-board charger. Both on-board chargers ensure that charging times are as fast as possible and that the battery (covered by an eight-year/100,000-mile guarantee) has a long life.

With the VauxhallConnect e-remote control functions, customers can use their smartphones to check the battery’s state-of-charge or programme air conditioning and charging times. In addition, the VauxhallConnect portfolio ranges from eCall and breakdown calls to numerous other services, such as vehicle status and information. LIVE Navigation also provides online traffic information in real time.

With 100kW (136PS) and 260Nm of torque from the electric propulsion system, the Vivaro‑e offers better performance than most electric commercial vehicles. The electronically controlled maximum speed of 81mph means adhering to speed limits on UK motorways can be achieved with ease, while preserving the electric range. The battery located under the load compartment also lowers the centre of gravity, which benefits the cornering and stability of the Vivaro-e, even when it is fully laden. 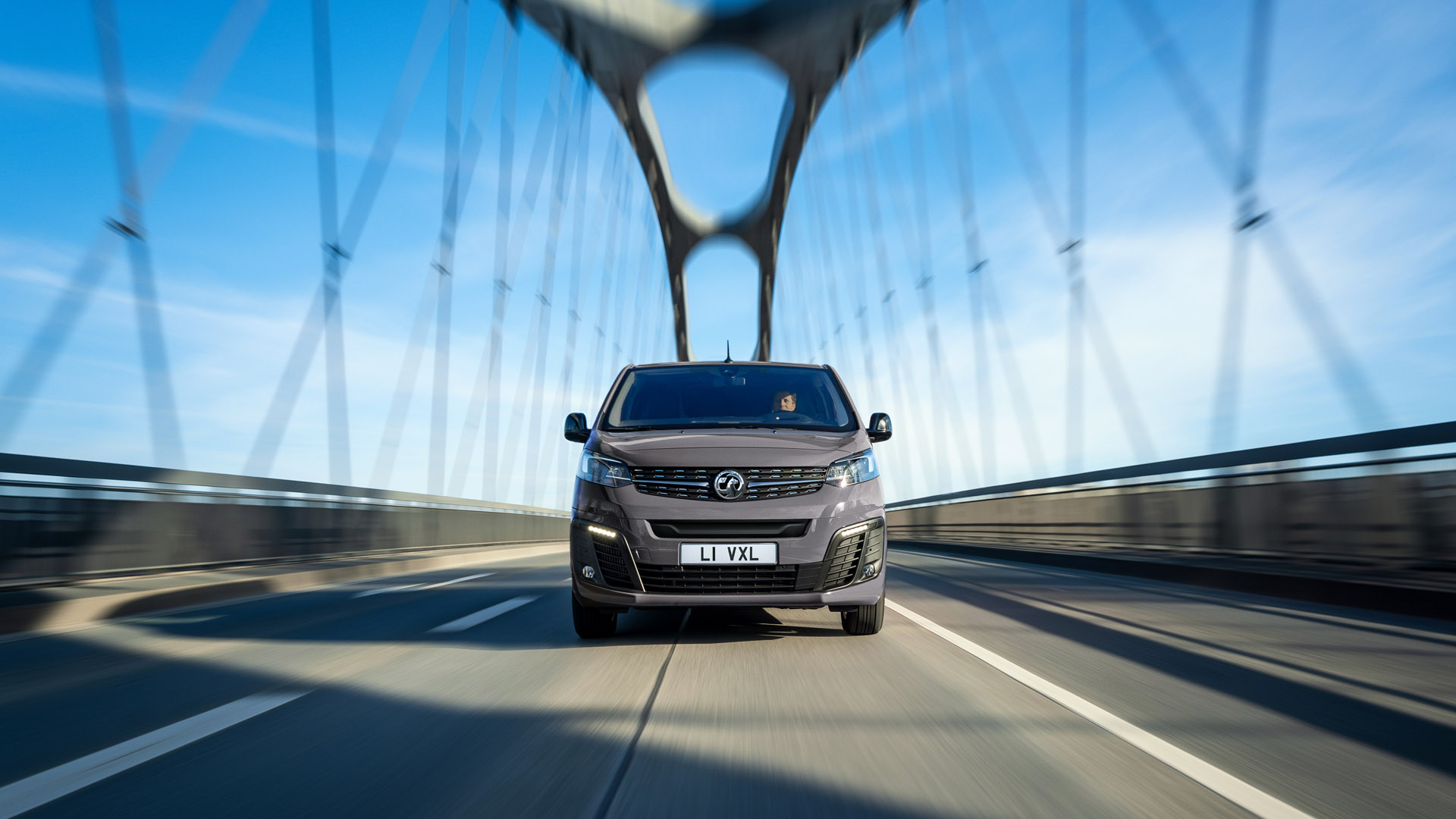 Vauxhall has tailored the Vivaro-e to cater for a variety of customer needs, with a panel van and double-cab being available for commercial applications, and a passenger vehicle to follow. The panel van has payloads of up to 1,226kg, with gross vehicle weights ranging up to 3,100kg.

As most variants are about 1.90m tall, the Vivaro-e can access parking in basements or shopping centres with low roofs.

Thanks to the practical FlexCargo load-through on the front passenger side, the cargo length can be extended by 1.2m. With this, L1H1 (4.96m long) and L2H1 (5.30m long) can securely store ladders, conduit or piping of up to 3.67 or 4.02m in length, while the multitude of storage areas in the cockpit (which features an electric parking brake) comfortably accommodate numerous smaller items. Flexcargo also increases maximum cargo capacities to 5.8 and 6.6m3 respectively.

The Vivaro-e’s wide rear and sliding side doors give unrestricted access to the cargo area or passenger compartment. Especially practical are the electric sliding side doors that open automatically – a movement of the foot is all it takes to open the doors from outside the vehicle.

Ultrasonic sensors in the Vivaro-e’s front and rear aprons warn the driver of obstacles when parking and monitor the side blind spot. Depending on the equipment level, the 180 degrees rear-view camera image appears on the seven-inch touchscreen. 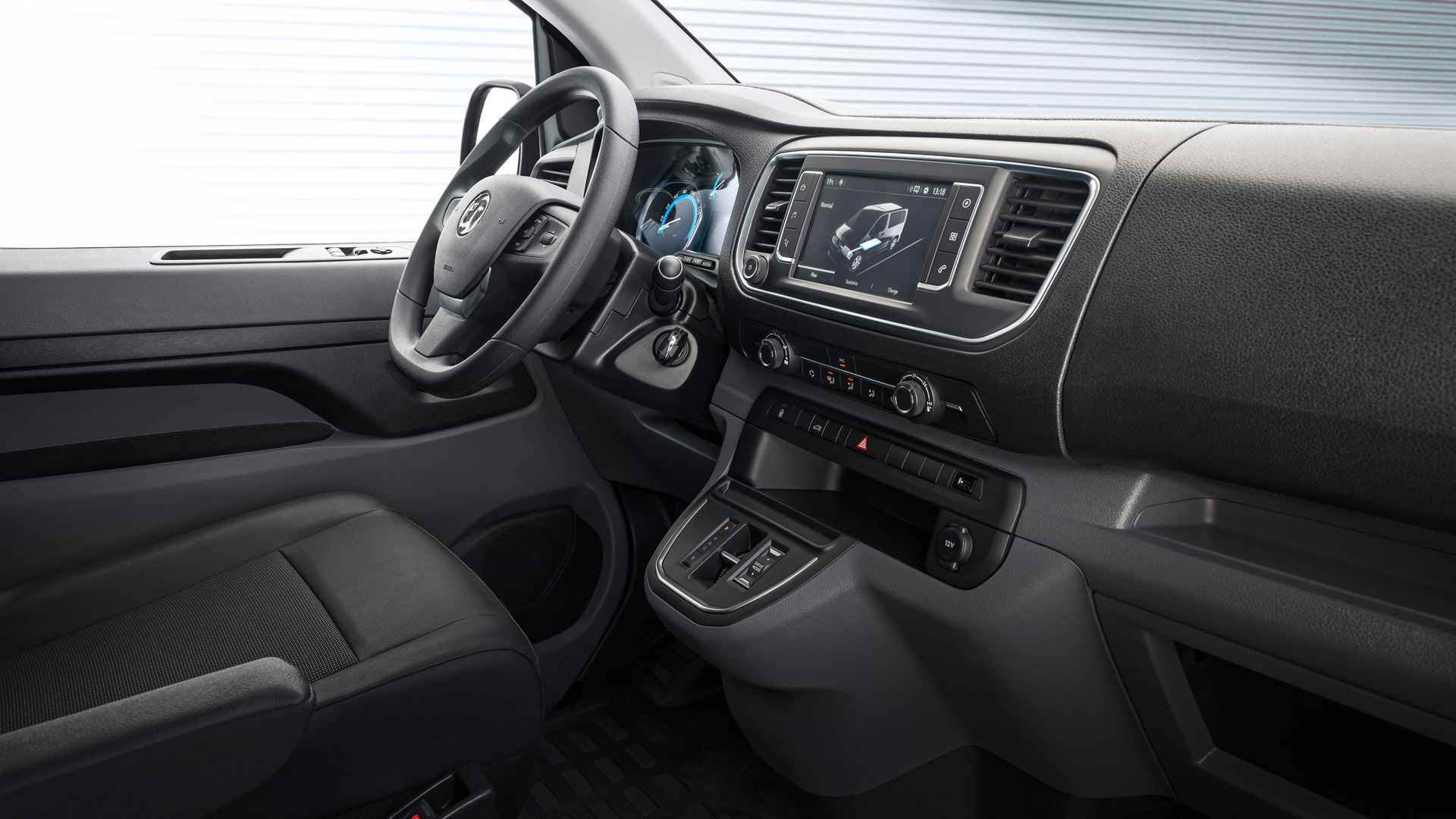 The Vivaro-e continues not only Vauxhall’s electrification offensive, but also the Vivaro’s success story that began with the first generation in 2001. The next electric Vauxhall LCV, the Combo-e, will arrive in 2021. Vauxhall will offer an electrified version of every passenger car and LCV model by 2024.