The Citroen C5 Aircross Hybrid is a roomy and comfortable plug-in hybrid that starts from £34,275. We found the SUV to be a good value proposition for those in the market for a PHEV and awarded it our Value award.

When it comes to audio, both the PHEV and pure combustion engine models feature a six-speaker configuration with no means of upgrading to a more premium solution.

To tinker with the vehicle’s audio settings, you’ll have to navigate to the appropriate menu on the 8″ infotainment system – here are our optimal settings:

We find that ‘Loudness’ enabled brought some life to the vehicle’s sound signature, where it’ll add some emphasis on the low- and high-end frequencies. There are also a number of pre-set EQs to choose from, but we prefer to tinker with the frequency bands ourselves.

In order to connect up to the vehicle’s system, you can use a wired connection over Apple CarPlay or Android Auto. If, however, you’d like to connect over Bluetooth, the C5 Aircross supports the SBC and AAC codecs. The latter being the better out of the two supported.

For a demo of the Citroen C5 Aircross’s audio system head on over to our YouTube channel.

In terms of its audio configuration, there are four audio drivers at the front, and two at the rear. Unfortunately, we don’t have details on its driver sizes or the total wattage, but one can only presume the speakers positioned within each of the doors are full-range drivers, while the two in the corner of the front doors are tweeters.

Despite the omission of a subwoofer, the system does produce a rather hearty low-end response. While the sub-bass tones are cut a little short, the speakers positioned within each of the doors manage to reproduce some form of low-end rumble. As for the mid-bass, it’s punchy and provides songs such as Majestic x Boney M ‘Rasputin’ with plenty of positive energy. In some respects, however, the system does sound a little uncontrolled with the drivers also rattling parts of the inner door frame. You might want to reduce the ‘Bass’ EQ like we did to help relieve this issue.

Unsurprisingly with all that low-end presence, there’s a notable dip in the mid-range frequency band. Both male and female vocals are pushed back, where the resulting effect is a V-shaped sound signature. One might think to crank up the ‘Medium’ (Mids) EQ, but doing so will mean a reduction in the overall accuracy in this frequency range. We’d therefore suggest leaving it at zero and accept that the system cannot reproduce forward-sounding mids.

As for the highs, they’re pretty much perfect with a few notches added onto the ‘Treble’ EQ. Music sounds lively, and at the front of the cabin, the two dedicated tweeters provide that much-needed spark. At the rear, however, the lacklustre number of drivers does have an effect on the overall high-end reproduction.

The same could be said about instrument separation for rear occupants. In NSG’s song, titled ‘Drunk Guitar’ the instruments alongside the vocals sound a little jumbled up; there’s a lack of cohesion. It’s a little bit better at the front, however, thanks to the addition of those extra tweeters. As for the overall width and depth, it’s decent – having a large-sized cabin help with spaciousness. At the front of the cabin, you’ll feel enveloped in sound.

Finally, onto cabin noise, the Citroen C5 Aircross is excellent. At a standstill with a sound meter, we recorded 36 dBA; driving at 20mph, 51 dBA; driving at 30-40mph, 61 dBA; and at 70mph, 71 dBA. As for when the windows are brought down, the level increases by roughly 14 dBA, showcasing the great acoustic glazing the French automaker has achieved. Elsewhere, when at a standstill, if the engine is kicked into life, there’s an increase of 10 dBA inside the cabin. However, this is a non-issue as we didn’t record a change in the sound level whilst on the move. 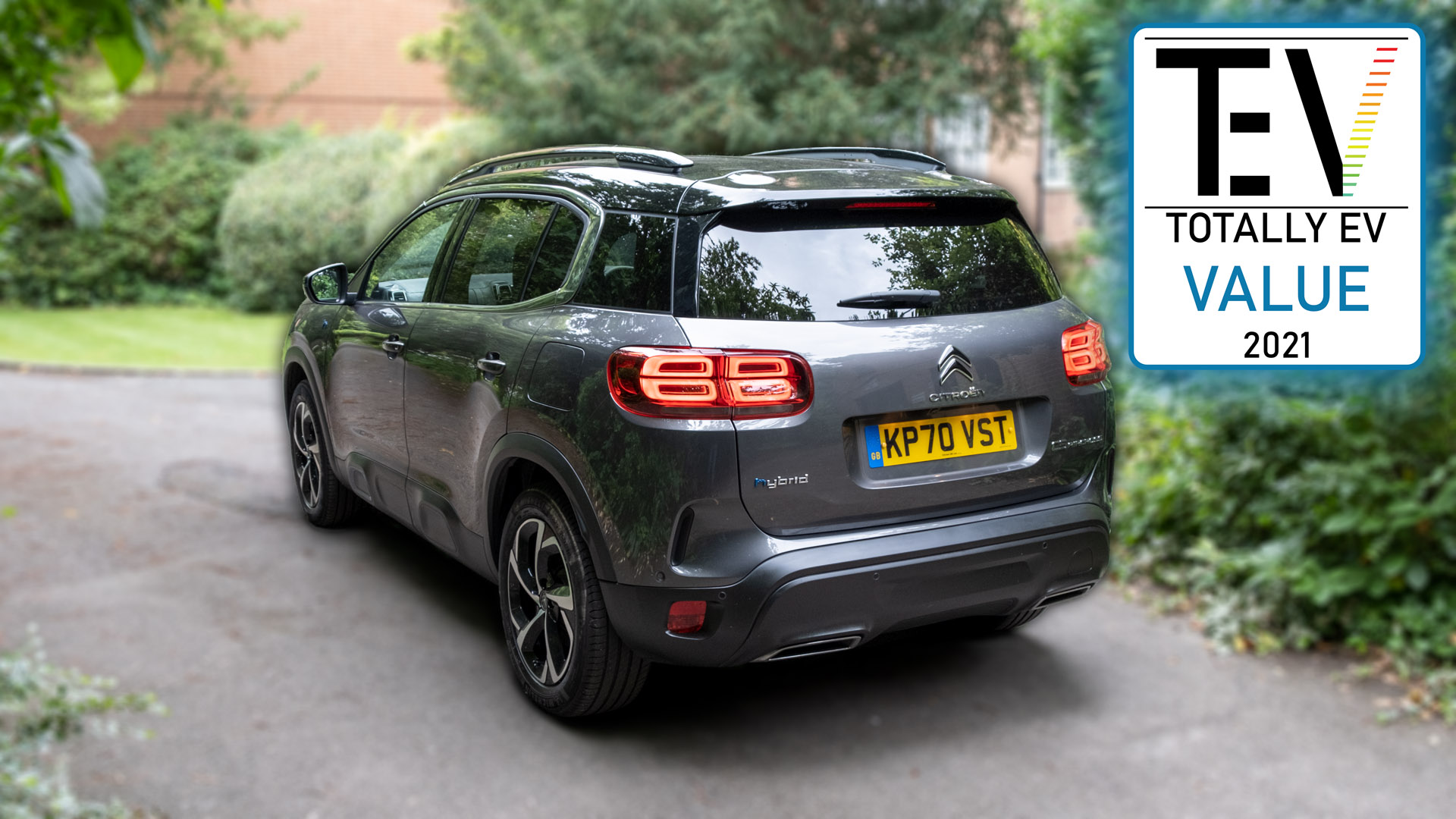 On the whole, the Citroen C5 Aircross’ system is a competent performer. While it could do with the addition of more audio drivers and a subwoofer, it’ll still excite most regular consumers. As a result, it receives TotallyEV’s Value award.