The Citroen e-C4 is an all-electric SUV that starts from £30,995. The compact vehicle boasts supreme comfort thanks to its hydraulic suspension system and cushiony seats; we found it to be an excellent choice for those who want a floaty driving experience.

When it comes to audio, the e-C4 houses a six speaker configuration that outputs 150 Watts of power. Should you get the C-Series Edition or Shine Plus models, you’ll find an additional two speakers, which take the power tally up to 240 Watts. On review is the former system.

To tinker with the vehicle’s audio settings, you’ll have to navigate to the appropriate menu on the 10″ infotainment system – here are our optimal settings:

We find that ‘Loudness’ enabled brought some life to the vehicle’s sound signature, as it adds some extra emphasis on the low- and high-end frequencies. There are also a number of pre-set EQs to choose from, but we prefer to tinker with the frequency bands ourselves.

In order to connect up to the vehicle’s system, you can use a wired connection over Apple CarPlay or Android Auto. If, however, you’d like to connect wirelessly, the e-C4 has Bluetooth, with the SBC and AAC codecs supported; the latter being the better out of the two.

In our tested vehicle, we found the communication to Android Auto was extremely temperamental. The connection was always interrupted and the system failed to provide a smooth experience. We can’t say for certain if this was the vehicle’s fault, as it could have been our cable or adapter, but given the same setup has been used across numerous other vehicles, the e-C4’s behaviour was certainly abnormal.

For a demo of the Citroen e-C4’s audio system head on over to our YouTube channel.

In terms of its audio configuration, there’s a 25 Watt full range driver found within each of the four doors and a 25 Watt ferrite tweeter within each of the A-pillars. In the more expensive trim levels, you’ll find an additional 10 Watt centre speaker on the dashboard and a 2×40 Watt dual coil subwoofer in a nine-litre enclosure under the boot carpet.

Due to an omission of a subwoofer in the standard configuration, that pronounced low-end rumble is missing throughout Rick Ross’ single titled ‘Little Havana’. The speakers positioned within each of the doors try their best to reproduce a sub-bass extension but alas are cut short. Thankfully, however, the system’s mid-bass presence is hearty and provides plenty of energy in bass-orientated tracks. In our case, we found that reducing the ‘Bass’ EQ by one notch on the infotainment system resulted in a slightly less boomy experience.

Unsurprisingly with that low-end presence, there’s a notable dip in the mid-range frequencies, namely in the lower mids. The result is recessed vocals and a V-shaped sound signature; the mids are pushed back, while the lows and highs are more prominent across different music genres.

As for the highs, they extend well at the front of the cabin due to the inclusion of dedicated tweeters. With one notch added onto the ‘Treble’ EQ, cymbals have that sparkle, with classical songs benefitting from an exciting top-end. However, the same couldn’t be said at the rear of the cabin, as the lack of tweeters at the back has its hindrance on the higher frequency range.

With a lacklustre number of drivers within the cabin, the overall width and depth is limited. ‘Mamacita’ by Collie Buddz sounds unidirectional and closed, especially at the rear of the cabin where there’s only two audio drivers trying to reproduce the entire frequency range. On the plus side, instrument separation at the front of the cabin is competent.

Finally, onto cabin noise, the Citroen e-C4 provides excellent isolation from the exterior environment. At a standstill with a sound meter, we recorded 35-36 dBA; driving at 20mph, 51-54 dBA; driving at 30-40mph, 55-58 dBA; and at 70mph, 69-72 dBA. Thanks to acoustic cabin insulation and the hydraulic suspension system that both come fitted as standard, the e-C4’s cabin is not only serene but also class-leading in driving comfort. 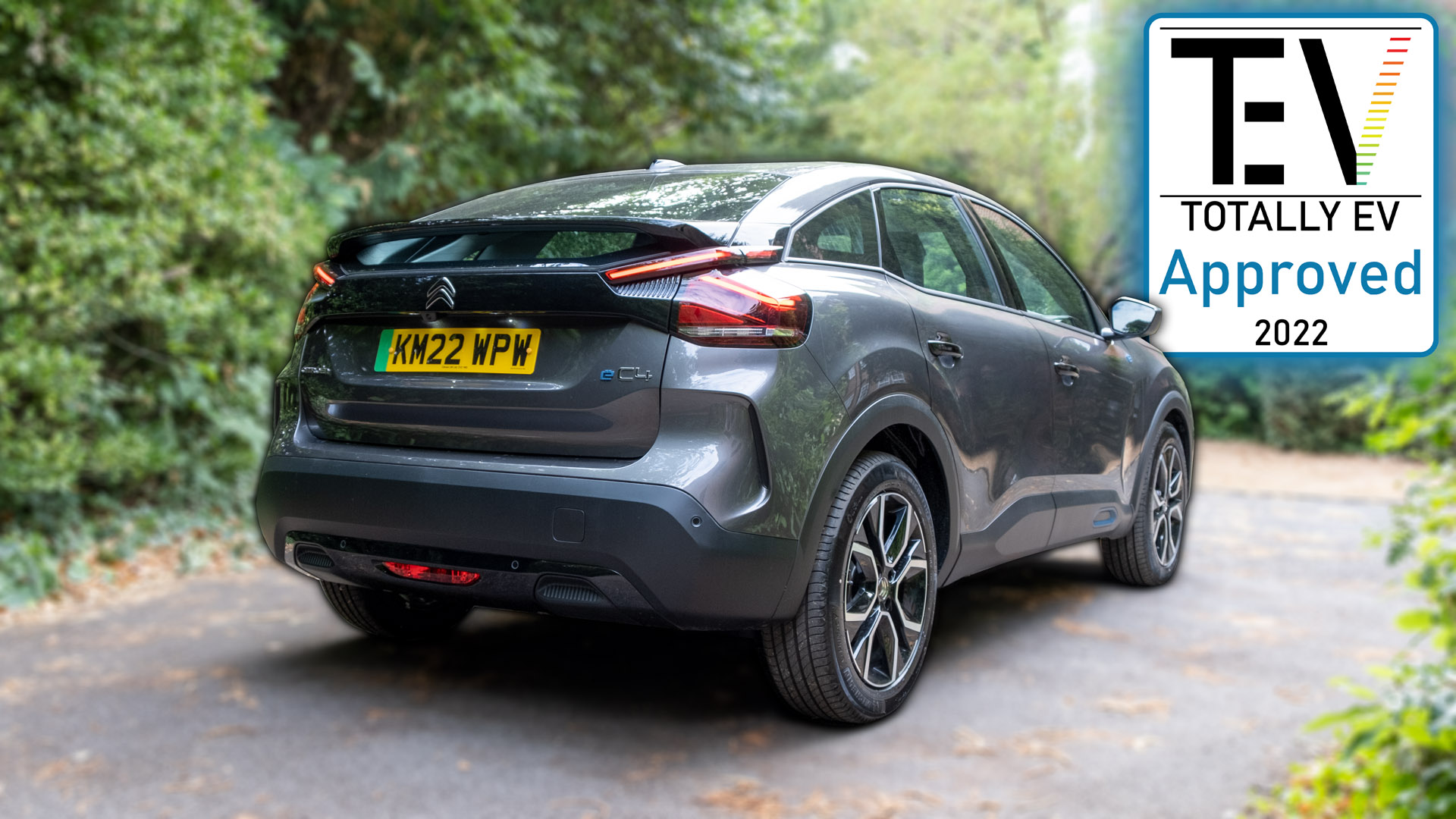 On the whole, the Citroen e-C4’s stock audio configuration will suffice for most consumers and as such, receives our Approved audio award. However, audiophiles will certainly want to upgrade to Citroen’s eight-speaker Hi-Fi System which is available in the C-Series Edition and Shine Plus models. The additional centre speaker will bolster the soundstage reproduction while the subwoofer adds an extra oomph in the low-end.