The upcoming all-electric off-road racing series, Extreme E, is unlike any other motorsport you’ve ever seen: from its race format, vehicles, the large pool of female and male drivers to the race paddock. The latter comes in form of a ship – that’s right, the race paddock floats and encompasses all the teams, cars, engineers and drivers.

The St. Helena was recently launched for the first time in 18 months following its multi-million pound refit. Extreme E secured exclusive use of the former Royal Mail ship in 2018. It’s since undergone an extensive refurbishment process, which has included a total overhaul of steelwork, engines, generators, propellers, interior and cabin space among other things. This was done to ensure the St. Helena was not only fit for purpose, but also as efficient as it could be for a large-sized vessel. 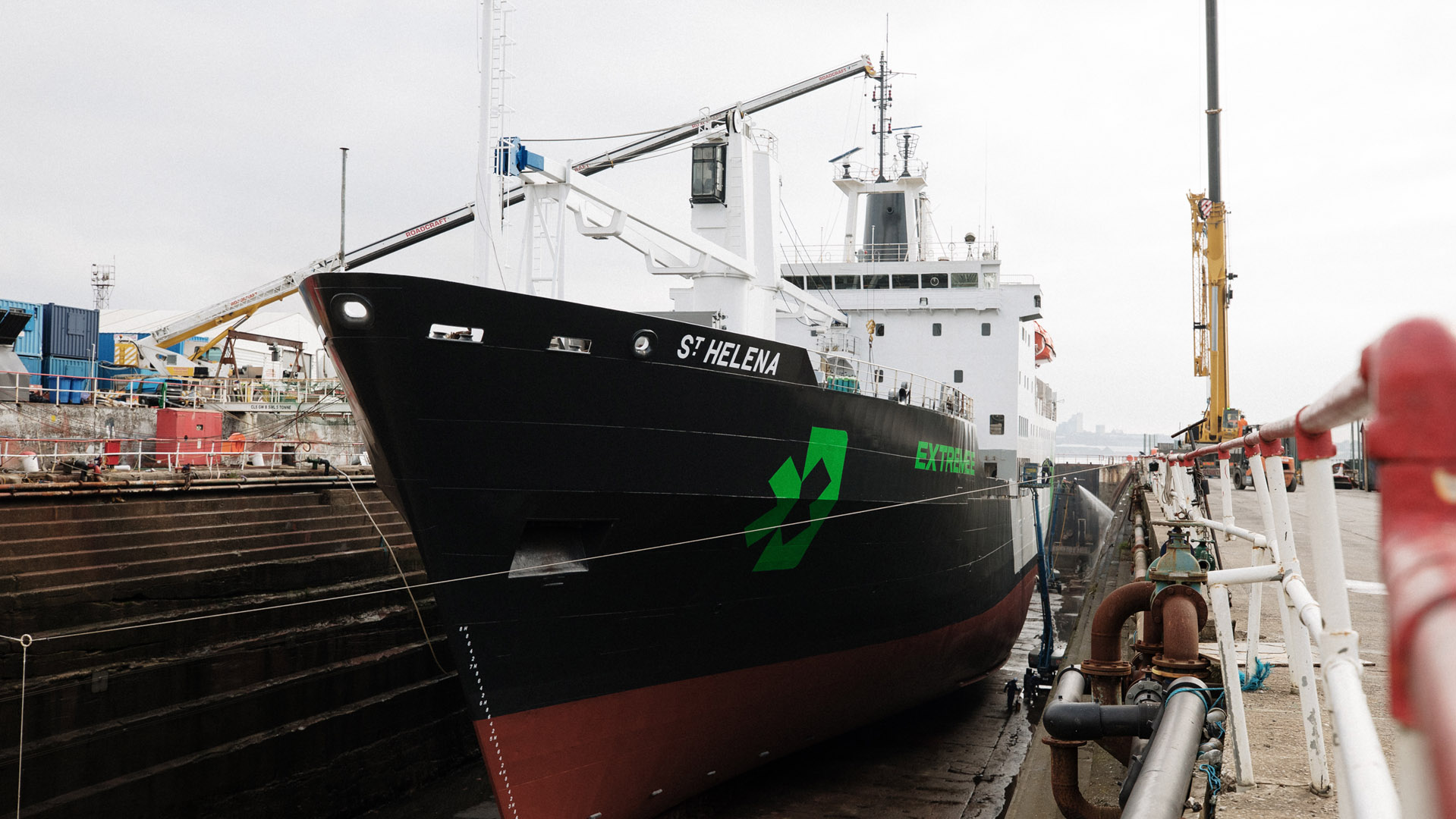 Read next: Extreme E partners with Unicef in Greenland

A crew of over 30 people have been working on the ship while it has been based in dry dock at Cammell Laird shipyard in Birkenhead, Liverpool. Austen Brunton, Technical Project Manager at Wilson Ship Management has led the project, which he describes as a “complete refurb from top to bottom.”

He goes on to say: “Everything you see on the St. Helena has been touched. As a 30-year old ship she needed quite a lot of work to get her ready for her new role with Extreme E and some adaptions to make her suitable for both passenger and cargo use.”

The ship was selected by the organisers of the racing series due to its freight and logistics hub, which not only allows people to be transported, but for a mixture of cargo to be taken, too. For Extreme E, the ship will move the championship’s cars as well as team members. The series chose to purchase the ship as it’ll reduce emissions by two thirds in comparison to air freight. 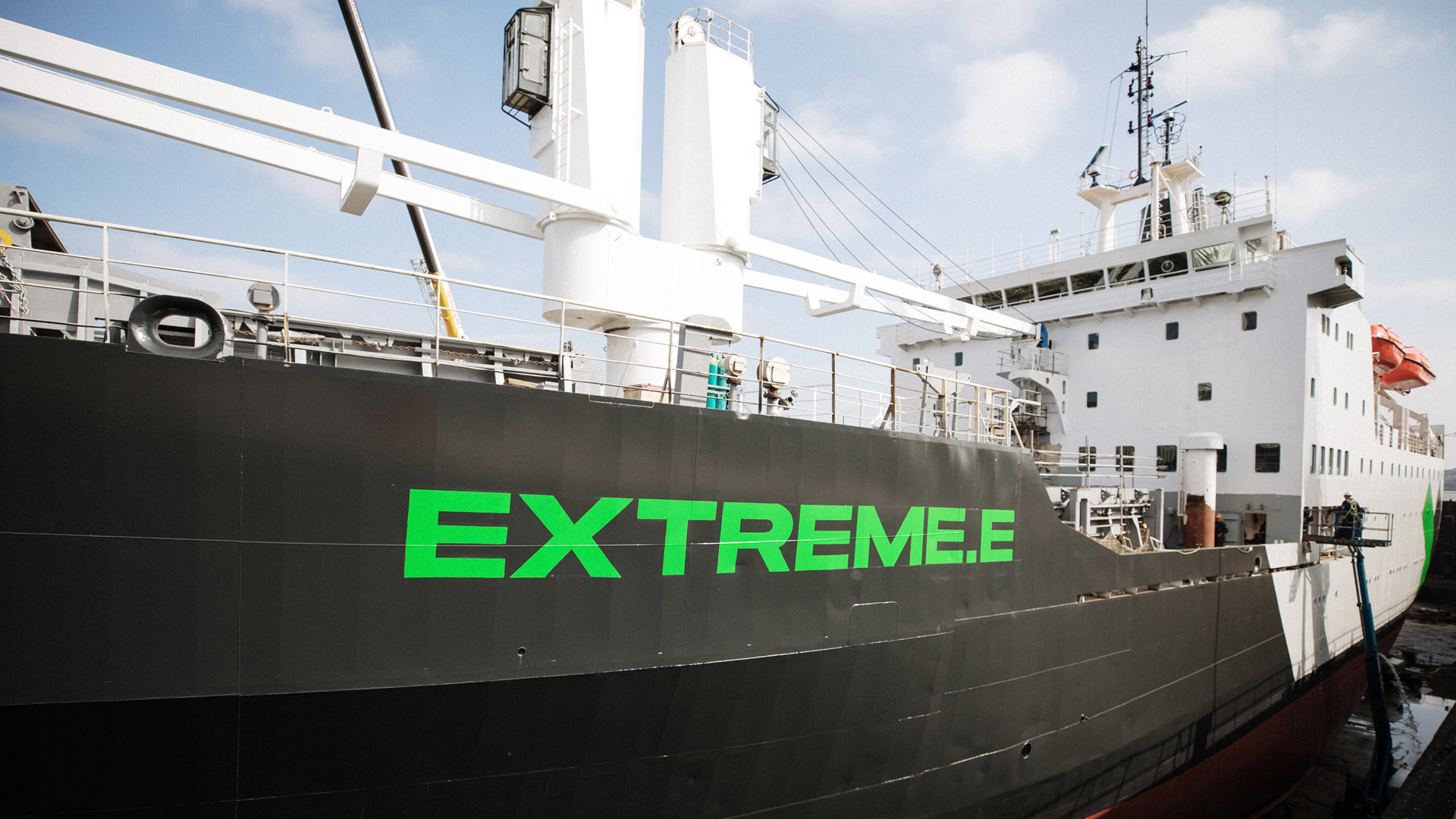 The list of work that has gone into the refit is extensive, with 30 tonnes of steelwork added to repair the damage, and also create new elements to the ship. For example, its original 20 square-metre swimming pool has been replaced with a Science Laboratory allowing for research to be carried out en route.

Efficiency has been a major element of the refit. The ship’s engines have been stripped and all components have been renewed or replaced; the St. Helena will now run on low sulphur marine diesel, known as Champagne in the industry. The propellers have also been refurbished to reduce friction and improve efficiency. The outside has been repainted with the Extreme E logo emblazoned on the side. The underwater hull is painted in the most up-to-date red anti-fouling paint meaning it is kept clean and makes for a more efficient sail; reducing its carbon footprint.

The ship’s interior is now being upscaled and given a new lease of life, with the original panelling given a wooden vinyl overlay, 4,000 new low-emission LEDs replace the old bulbs, and there are new heating, ventilation and air conditioning systems. The bridge – the control centre of the ship – has been fitted with the latest navigational shipping technology including DGPS, radio and an ultrasonic wind system. 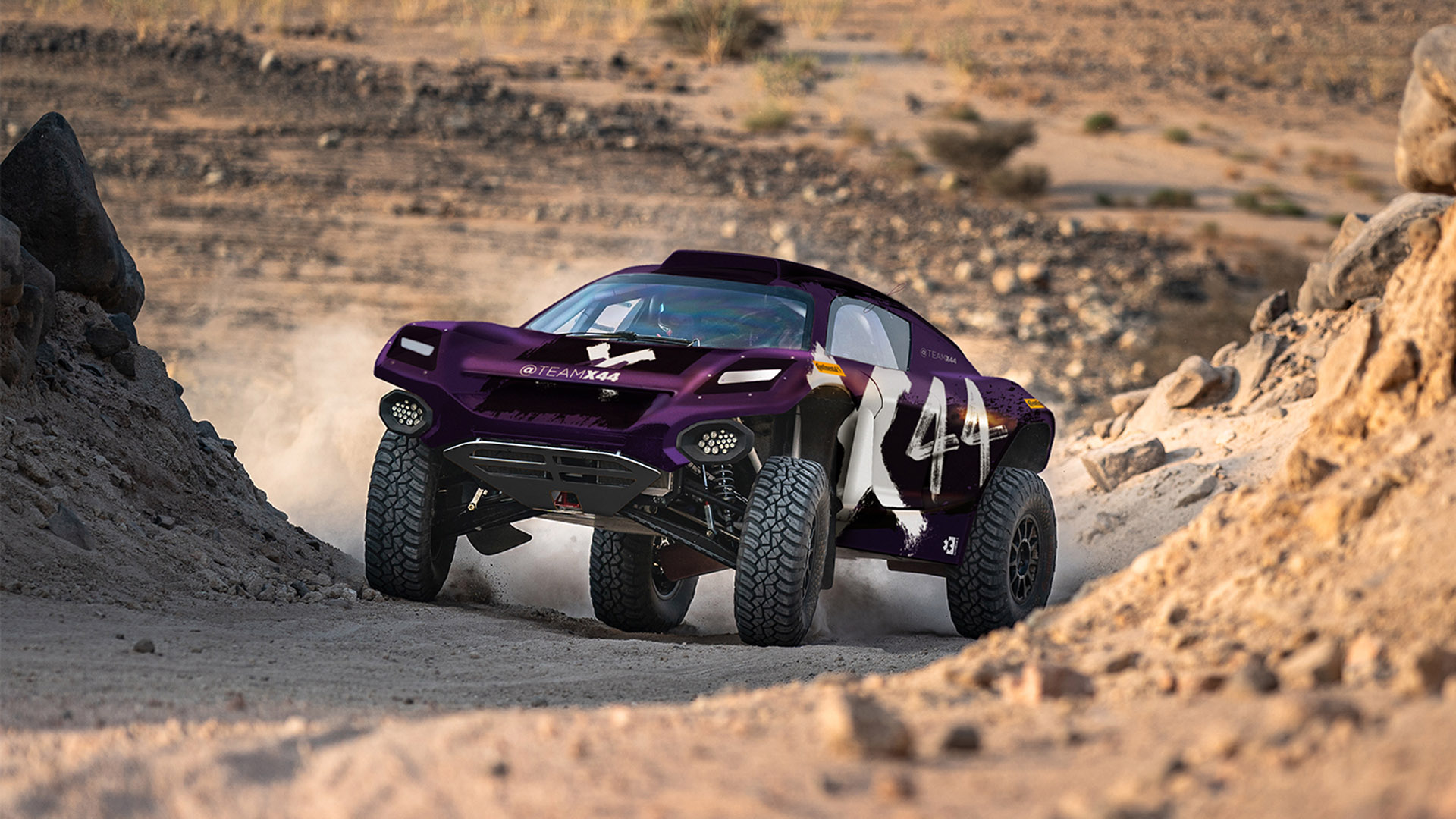 Austen Brunton, concluded: “Seeing the St. Helena re-enter the water is a very proud moment for myself and all my team. We have spent 18 months working on her to get her into this condition and it has been great to see her finally back on the water, where she belongs. We still have some more work to do on the interior, but she is now preparing for her new lease of life in her career, with Extreme E.”

St. Helena Captain Jari Lindgren said: “The St. Helena is an iconic vessel and it is a privilege to be part of the team restoring her to original glory. As Captain, it’s also been an invaluable experience to get to know her inside out before we take her off around the world on her important new mission.

“She is a perfect logistics platform and Extreme E is setting a really good example of how ships can be refurbished for efficiency and given a new lease of life.

“This has been an important chapter, and we’re now really looking forward to the next stage and getting into full operation, and back to a life at sea.”

The ship’s refurbishment is due to be completed in the next two months and will be ready to set off on her new voyage early next year when the inaugural Extreme E season gets underway.