The Mini Electric is an affordable all-electric hatchback that can be found for £24,900 on the road. At its heart, the vehicle can run for up to 145 miles on a single charge, supports rapid charging and can accelerate to 62 mph in 7.3 seconds.

The model on review is the Mini Electric Level 2, which can be found for £26,900. Over the base model, it adds a rearview camera, heated front seats, folding and auto-dimming mirrors and is finished with a more lively interior. Sonically speaking, there’s no difference between two trims; as such, this review covers both models.

It’s worth considering, however, that Mini has a third trim – understandably labelled Level 3 – for £30,900. Alongside the extras found in Level 2, it also adds a panoramic glass sunroof, a head-up display and, more importantly, a Harman Kardon Hi-Fi system. The latter adds six speakers into the mix, taking the tally up to 12.

The Mini Electric comes equipped with a 6.5″ touchscreen display. Navigating it and accessing the vehicle’s settings is a breeze. If touch-based controls aren’t your thing, a rotary dial located by the centre console makes it even easier to navigate through the options. Speaking of which, within the audio menu you can adjust the bass and treble, and the balance and fader. We added two notches to the bass and treble settings.

Elsewhere, iPhone owners will be pleased to know that CarPlay is supported; you can connect your phone via a USB cable and playback music. The same couldn’t be said for Android users, as Android Auto is not supported – a Bluetooth connection is required to play music from another source.

Before jumping into the sound quality, it’s worth knowing the setup: there are six speakers in total: two midrange drivers reside at the front and another two at the back, while the remaining two (woofers) lay under the front seats. Despite their small size, they’re loud and have a strong impact, namely in the lower end frequencies.

With two notches added to the bass via the infotainment system, the Mini Electric’s sound system delivers a tight, yet controlled mid-bass punch. In songs that have a pronounced low-end presence, such as Chris Brown’s song ‘No Guidance’, the audio system manages to keep its cool. Better still, there’s no audible rattle throughout the cabin. The same could be said about its sub-bass reproduction, which thanks to its two woofers, provide that low-end extension that is often missed in similar-sized all-electric vehicles.

Moving onto the mids, Bruno Mars’ voice comes into focus in his smash-hit, ‘Finesse’. Here, the Mini Electric’s audio system manages to reproduce accurate, albeit a little recessed-sounding mids. Thankfully, one can bring the mid-range a little more to the foreground with two notches added to the EQ setting found within the car’s infotainment system. 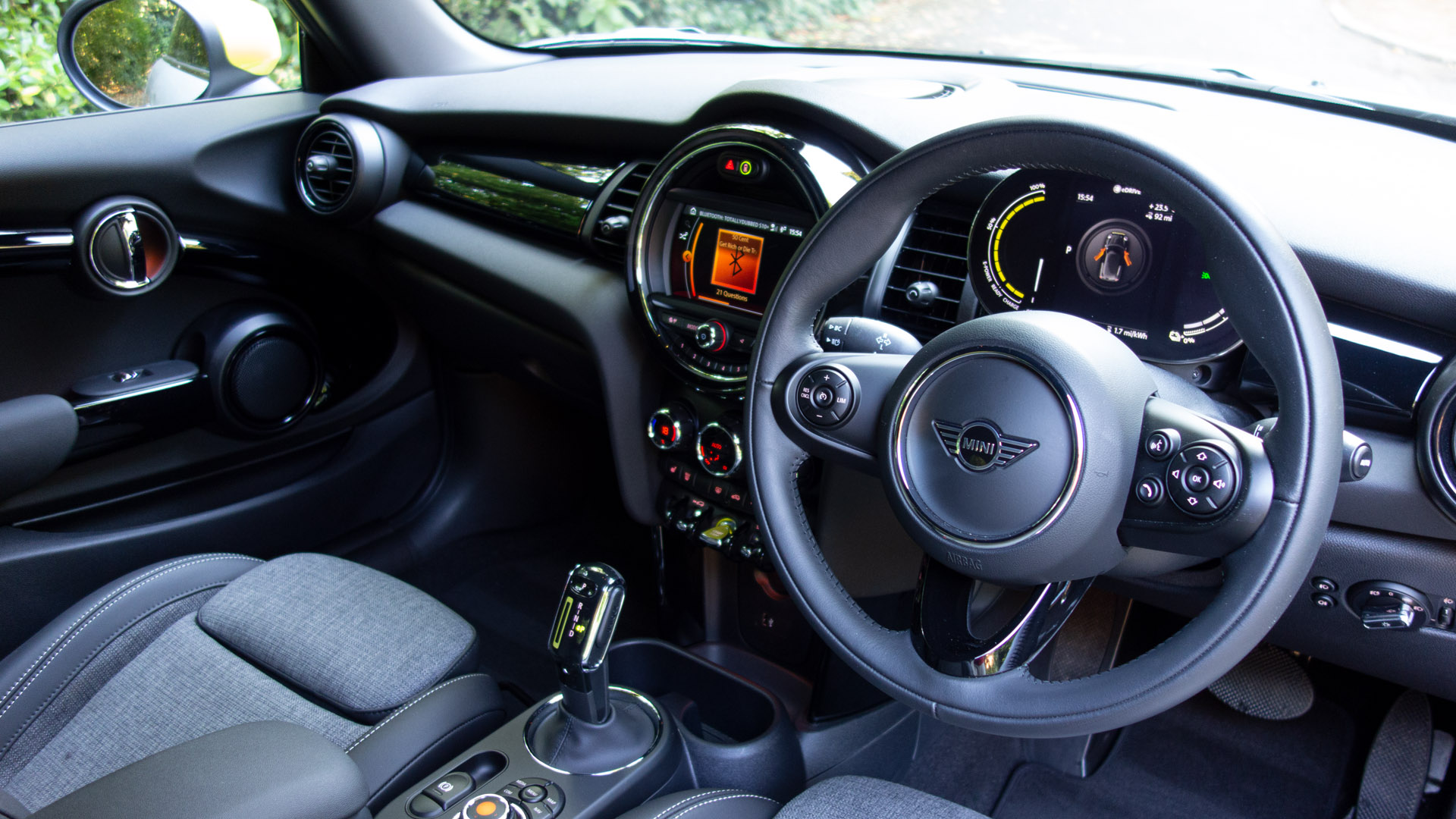 As for the highs, they aren’t rolled off nor harsh sounding; although, if you are to add too much to the treble setting within the infotainment system, you’ll find it starts becoming a touch sibilant.

The same couldn’t be said about the soundstage, however. The closed-off sound lowers the overall presentation of the Mini Electric’s audio system; instrument separation in Miguel ‘How Many Drinks?’ is hit with vocals and cymbals sounding jumbled within the vehicle’s relatively small cabin. Likewise with the overall width and depth, which are both a little uninspiring. 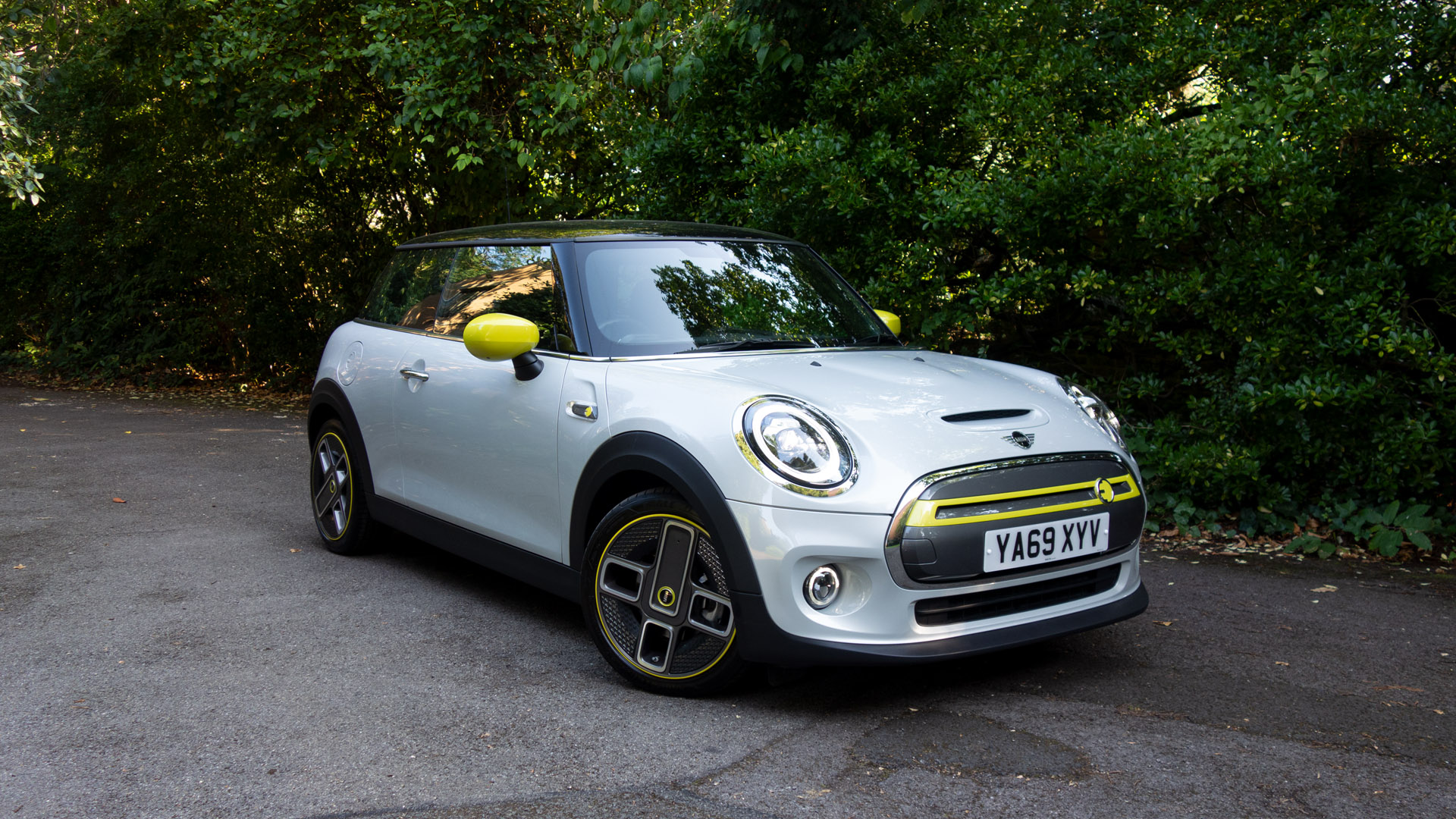 Read next: The best upcoming cars and SUVs in 2021 and beyond

On the whole, the Mini Electric’s audio package isn’t quite perfect, however, for a stock system, it punches above its weight. Considering it comes for free within the Level 1 and 2 trims of the vehicle, Mini should be commended on including a fun, punchy-sounding system within its first all-electric vehicle.

We wonder, however, how the vehicle will perform with the Harman Kardon system, which boasts an additional six drivers, taking the tally up to twelve. Would you consider spending more for an audio upgrade? Let us know in the comments below or via social media; we’re on: YouTube, Instagram, Facebook, Twitter and LinkedIn.