It won’t hurt your ears and doesn’t use a drop of fuel, but it’s projected to crush the quarter-mile in the low-8-second range at more than 170 mph. For the first time ever, Ford Performance introduces a one-off Mustang Cobra Jet factory drag racer with all-electric propulsion.

The battery-powered Mustang Cobra Jet 1400 prototype is purpose-built and projected to deliver over 1,400 horsepower and over 1,100 ft.-lbs. of instant torque to demonstrate the capabilities of an electric powertrain in one of the most demanding race environments.

“Ford has always used motorsport to demonstrate innovation,” said Dave Pericak, Global Director, Ford Icons, currently overseeing all of Ford’s iconic nameplates such as the Mustang and Bronco. “Electric powertrains give us a completely new kind of performance and the all-electric Cobra Jet 1400 is one example of pushing new technology to the absolute limit. We’re excited to showcase what’s possible in an exciting year when we also have the all-electric Mustang Mach-E joining the Mustang family.” 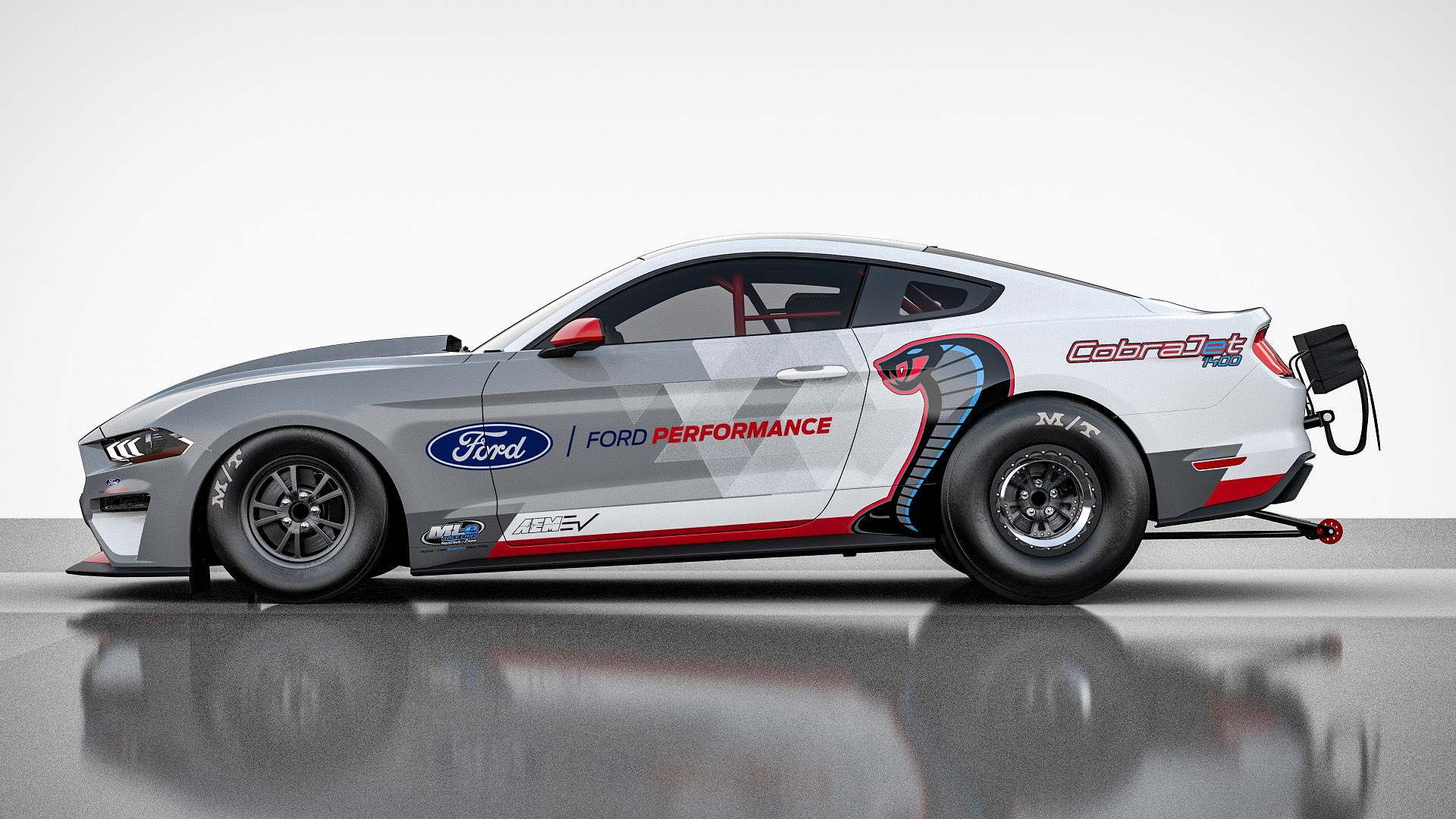 Following the debut of the all-electric Ford Mustang Mach-E SUV – the first-ever, all-electric Mustang, the Mustang Cobra Jet 1400 prototype represents another opportunity to advance Mustang heritage and performance while simultaneously incorporating some of the most advanced technology coming to Ford’s future powertrains. 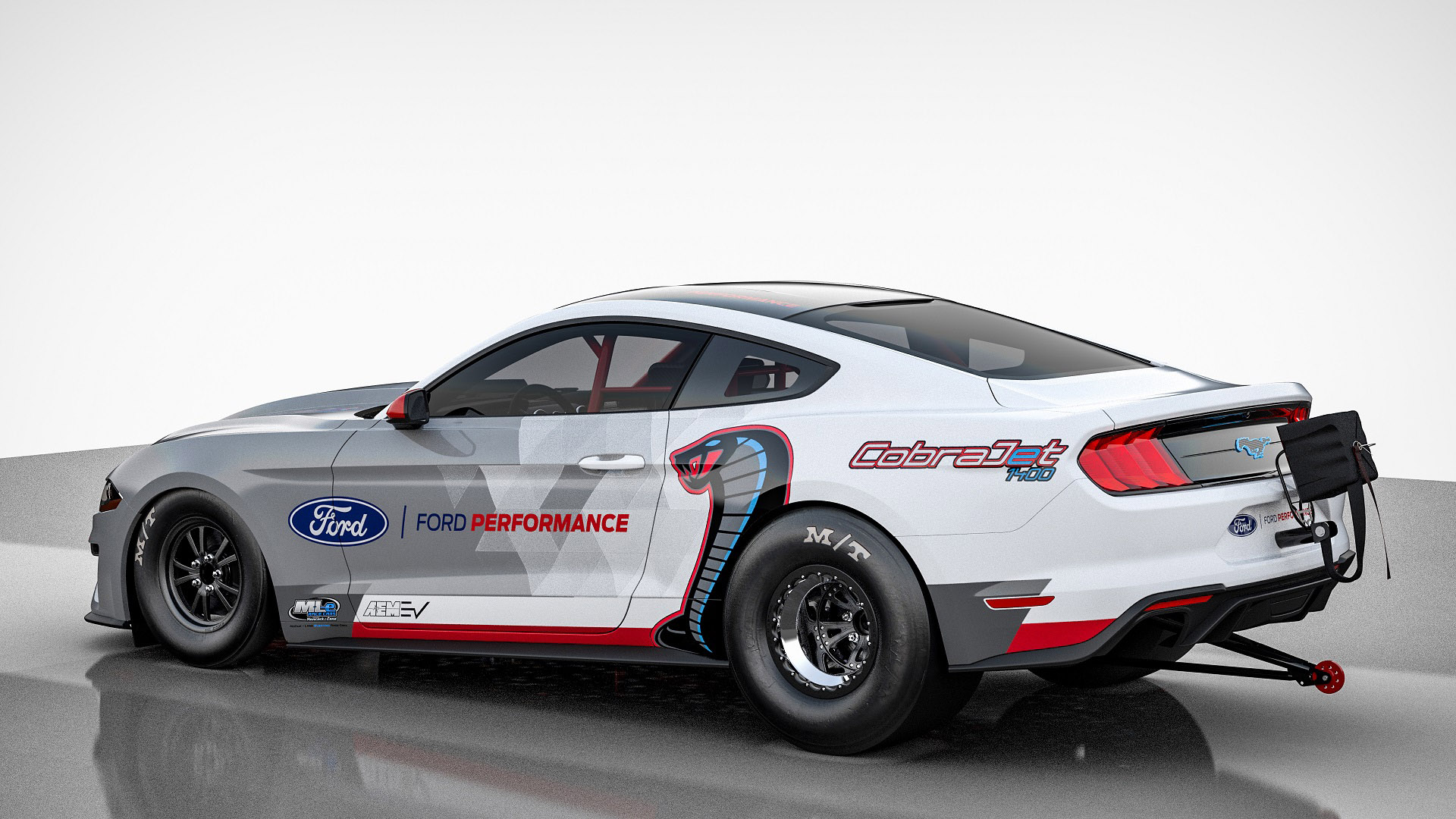 Ford Performance continues to test Cobra Jet 1400 ahead of its world debut later this year at a drag racing event where fans, media and competitors alike will get to meet the race car, as well as see exactly what it’s capable of up on the asphalt.

To maximize the efficiency and effectiveness of the project, Ford Performance has teamed up with several capable and specialized suppliers: