Maserati has today announced its first dip into electrification with the arrival of the Ghibli Hybrid. The new car represents a new era of mobility for the luxury Italian automaker.

The Ghibli Hybrid is based on the manufacturer’s Ghibli saloon, which since its unveiling at the 2013 Shanghai Motor Show, has been sold to 100,000 customers around the world. To maintain the vehicle’s identity the new hybrid will retain the unmistakable sound produced by Maserati’s previous vehicles.

The same could be said about the car’s design, which is near-identical to the pure gasoline variant. There are, however, a few changes at the rear of the car, where the light clusters have been restyled, with a boomerang-like profile inspired by the 3200 GT and the Alfieri concept car. 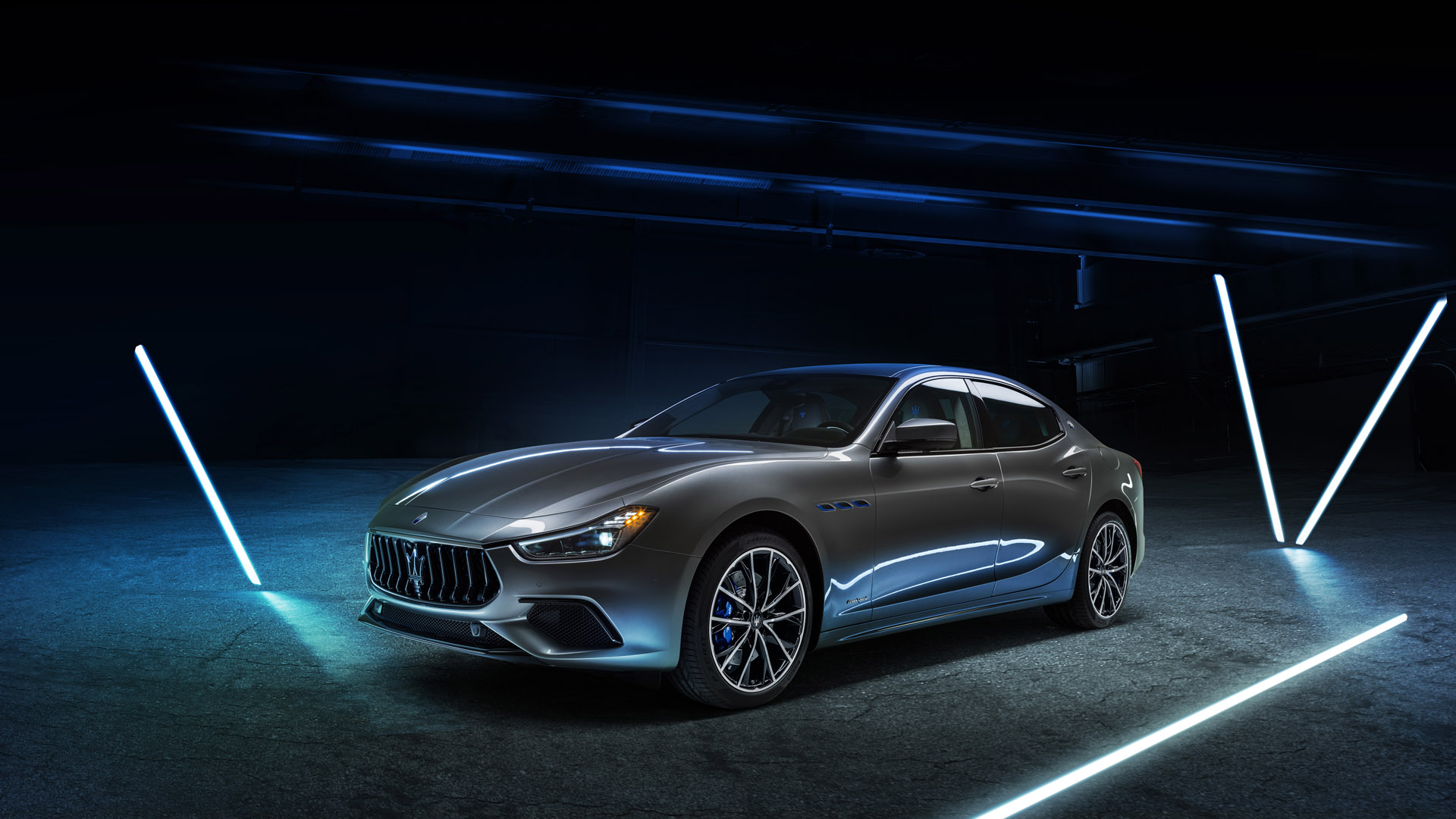 To identify the vehicle from Maserati’s fleet of cars, the Ghibli Hybrid is of a blue colour that has been developed by the automaker’s Centro Stile (design team). The colour features on the car’s air ducts, the brake callipers and the thunderbolt in the oval that encloses the Trident on the rear pillar. The same blue reappears inside the car, most notably on the embroidered seams of the seats.

As for the Ghibli Hybrid’s performance, Maserati has attempted to reduce fuel consumption and cut emissions, while also improving performance. Here, the new car features a 2-litre 3-cylinder turbo internal combustion engine with a 48-volt alternator and an additional electric supercharger (e-Booster) that’s supported by a battery.

Here, the car’s battery is mounted in the rear of the car, which according to Maserati has “benefits in terms of improved weight distribution” – the Ghibli Hybrid weighs 80 kg less than the diesel variant.

In terms of technology, the new hybrid is a debut of the new Maserati Connect programme, which enables real-time connectivity to the car; software updates can be pushed through, while emergency services can be called upon within minutes.

The car will also feature Maserati’s ‘Intelligent Assistant’ which is the manufacturer’s latest infotainment system that’s based on Android Automotive – it’ll be available in an 8.4″ to 10.1″ display. A new instrument panel with new graphics will also be included.

The new Ghibli Hybrid represents the first step in a plan that will lead to the electrification of all new Maserati models. The brand’s first all-electric cars will be the new GranTurismo and GranCabrio, scheduled for 2021.

Mercedes‑Benz bolsters its range of plug-in hybrids under the EQ Power...