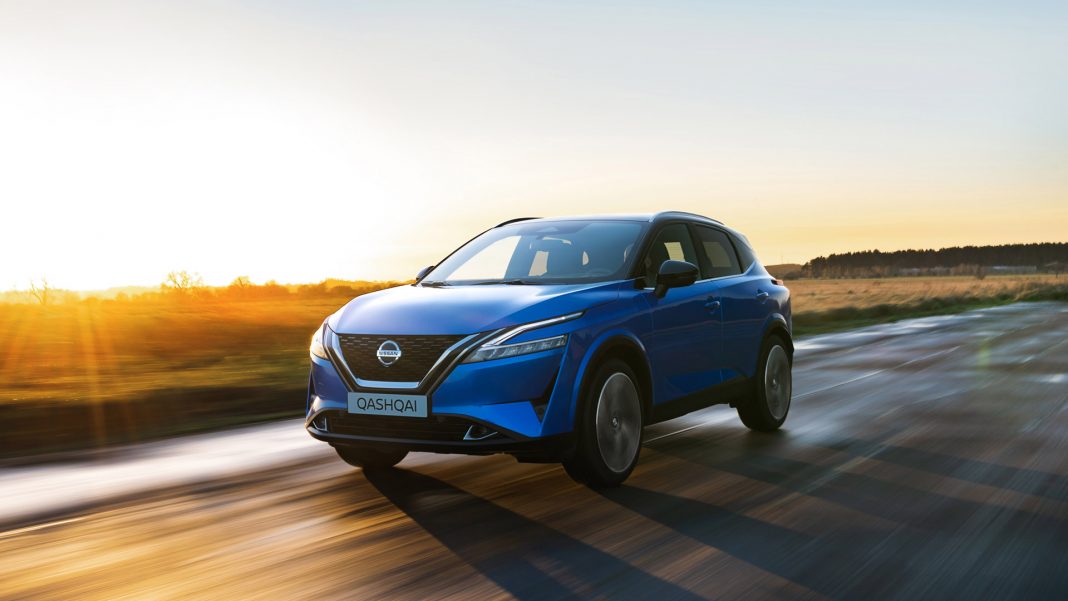 Nissan has today revealed its all-new third-generation Qashqai. Having sold more than three million units since 2007, the Japanese automaker hopes to solidify its position in the market with two new electrified variants – the crossover SUV is based on the new Alliance CMF-C platform.

Like its predecessors, the styling of the new Qashqai was led by the team at Nissan Design Europe, based in central London, while its engineering was led by Nissan Technical Centre Europe, situated in Cranfield, Bedfordshire. “The starting point for the design and development of the all-new Qashqai was a deep analysis of the relationships we’ve had with all of our Qashqai customers over the last 13 years. It has enabled us to understand their needs and, in particular, what they value in the crossover that they use and rely on daily,” said Marco Fioravanti, Vice President, Product Planning, Nissan Automotive Europe.

Indeed, the new Qashqai is reminiscent of its predecessors but has modern styling with the use of soft curves and 20″ alloy wheels – a first for the vehicle.

At the front, Nissan has incorporated its V-Motion grille, which we’ve seen similar instances on the likes of the Leaf. The LED headlights have a slim profile, which the manufacturer coins as a ‘boomerang signature’.

From the side, the new Qashqai appears a little sportier, namely due to the inclusion of large-sized alloys. There’s also a single ‘fast line’ that extends from the front to the rear, giving it a sense of dynamism.

As a result of these changes, its wheelbase has increased by 20mm with the overall length increasing 35mm. There’s a 25mm increase in height and 32mm in width, too.

Aside from the pictured blue colour, customers can choose from ten different colours, with five two-tone combinations – there are 16 variations to choose from.

Inside, Nissan claims to have revamped almost every element of the vehicle’s interior. It starts with the 9″ infotainment system that’s mounted at the centre of the dashboard. It supports both Android Auto and Apple CarPlay, with the latter also capable of working wirelessly. The system also has built-in Wi-Fi, where it can work with up to seven devices. Better still, both Google Assistant and Amazon Alexa are supported, allowing you to incorporate Home-to-Car skills. 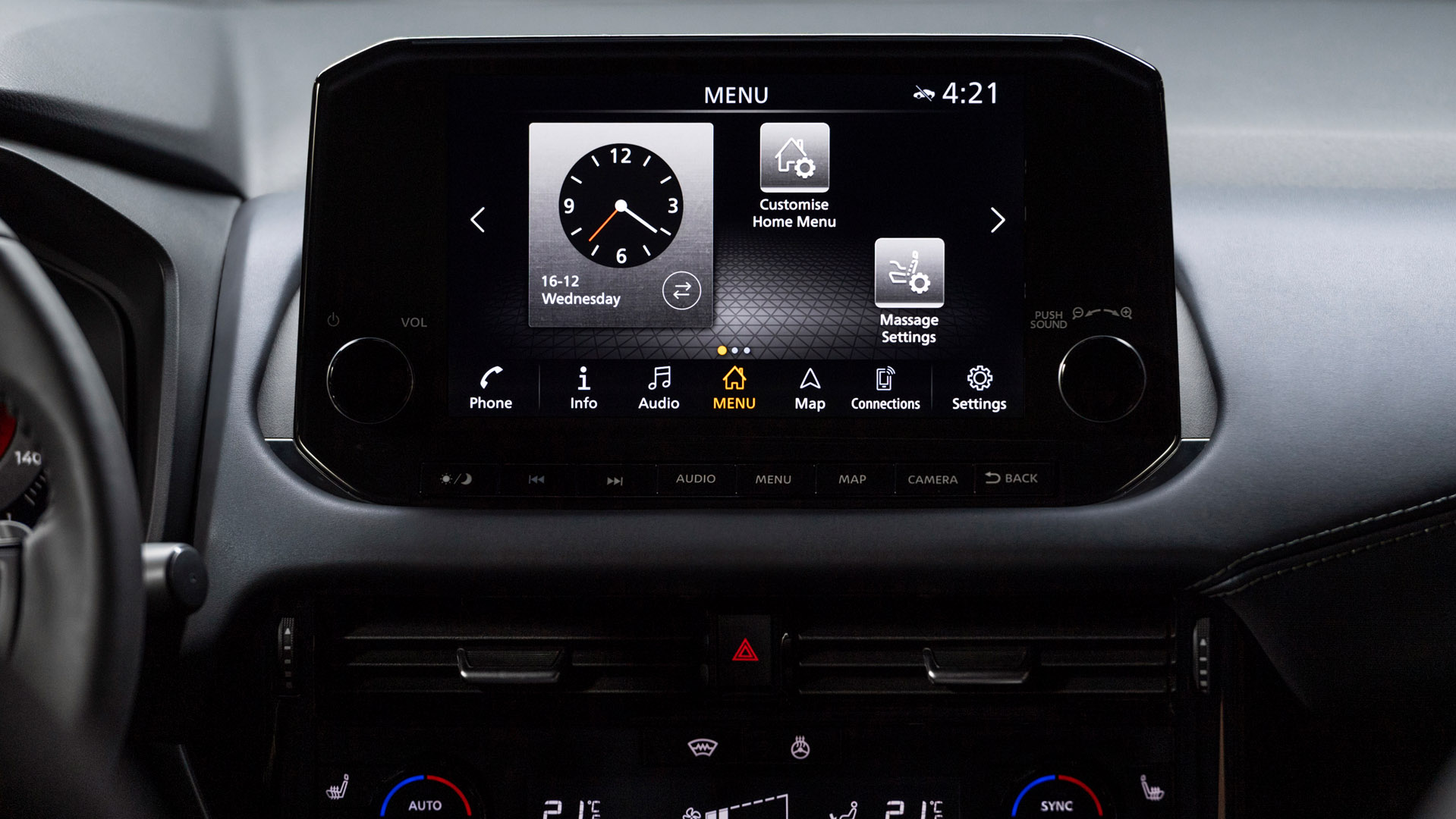 The instrument cluster is made up of a 12.3″ TFT display, which can be customised. Here, one can display navigation, entertainment, traffic or vehicle information, all of which can be controlled from a tactile dial switch located on the steering wheel.

The start of the show, however, is the inclusion of a 10.8″ Head-Up Display (HUD), one of the biggest in the segment. Through it, you can view driver assistance and road information, meaning you don’t have to take your eyes off the road as often.

In terms of connectivity, there are front and rear USB charging connections with both USB-A and USB-C ports. The NissanConnect Services app, also allows one to control certain functions from afar, such as remote horn and lights, as well as remote door lock and unlock.

Onto comfort, there’s a wider windscreen opening angle, thinner front pillar design and side mirrors mounted on the door, instead of the a-pillar, reducing zones of obscured visibility.

The longer wheelbase also creates more room within the cabin: knee room for rear occupants has grown by 28mm to 608mm. Front and rear headroom has also seen a boost by 15mm thanks to the small increase in exterior dimensions.

Likewise, there’s more luggage capacity, which has increased by over 50 litres from the previous generation model thanks in part to the cargo floor being lowered by 20mm.

And to top it off, the rear doors now open to 85 degrees, allowing easier access to babies and toddlers in child seats.

The changes don’t stop there, as the automaker has also revamped its powertrain. In a pledge to have 50% electrified sales in Europe by 2024, the new Nissan Qashqai will be available in both the 1.3 DiG-T petrol equipped with mild hybrid technology and the e-Power platform, too.

Both will be available in a 2WD and 4WD configuration, 6-speed manual or Xtronic transmissions, and pure-electric motor driving courtesy of e-Power.

The new mild-hybrid system aims to reduce CO2 output by 4g/km and is Euro6-d compliant. It’ll be available in 138hp and 156hp configurations, with the latter benefiting from the new Xtronic (automatic) gearbox. Maximum torque gets up to 270 Nm at 1,750rpm. 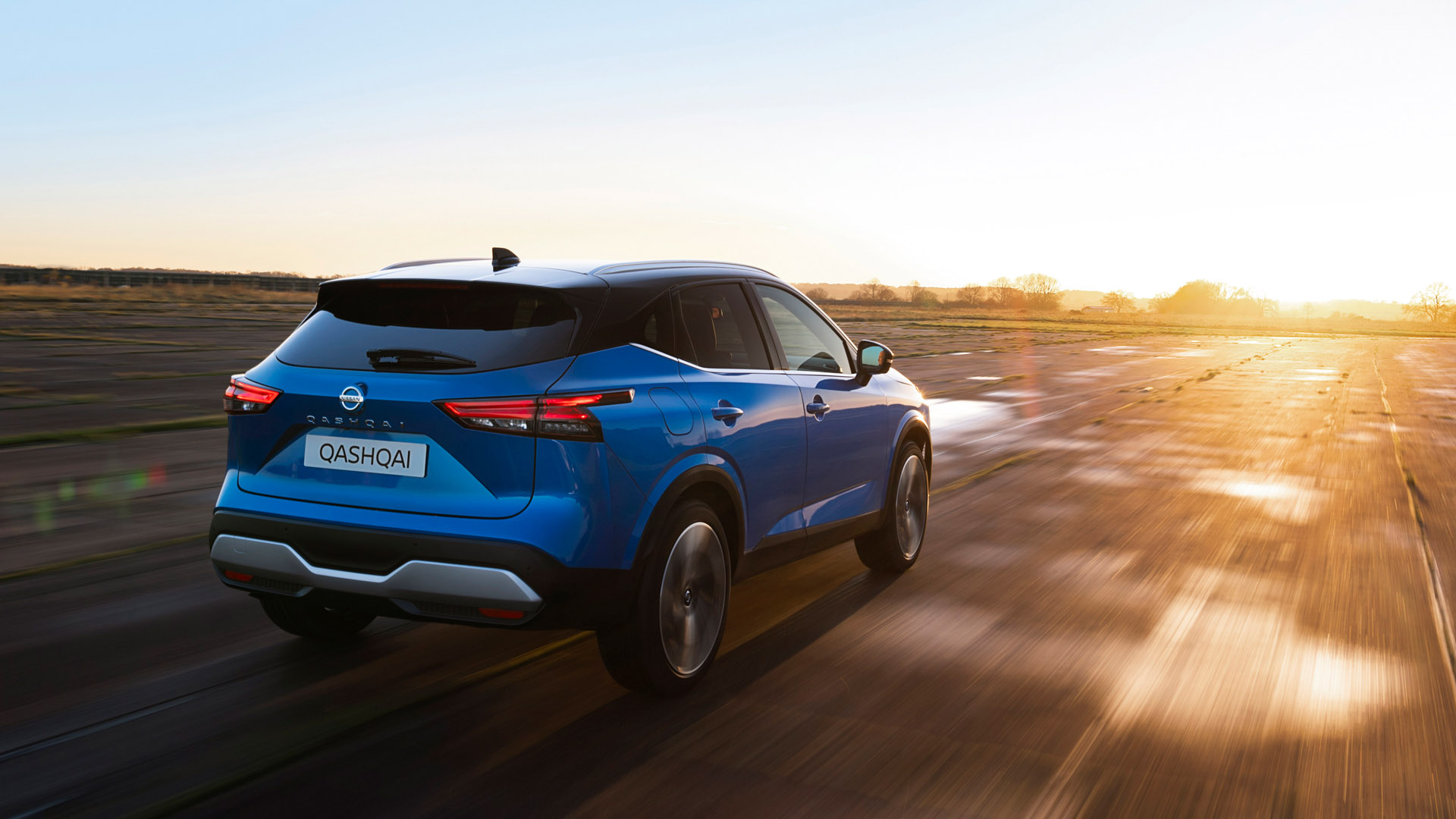 We are, however, more intrigued by the e-Power variant, which is comprised of a high-output battery and powertrain that integrate with the 154hp petrol engine, power generator, inverter and 140kW electric motor – combined the car will dispatch 140kW (187hp) of power. Nissan’s take on electrification claims to “combine the enjoyable, seamless linear acceleration which is characteristic of an EV, but without the need for charging.”

Indeed, the petrol engine is used solely to generate electricity, whilst the wheels are completely driven by the electric motor. This means the engine can always run within its optimal range, leading to superior fuel efficiency and lower CO2 emissions compared with a traditional internal combustion engine.

Similar to the Leaf, the new Qashqai e-Power benefits from a ‘one pedal’ driving experience called e-Pedal. Drivers can start, accelerate and decelerate using only the accelerator pedal.

The vehicle can accelerate and brake within a single-lane on the motorway; can accelerate to cruise at a set speed, and can brake the vehicle down to 0mph in heavy stop-start traffic. Further, it’s able to resume automatically if it’s been stationary for less than three seconds and the traffic in front of the car moves away. 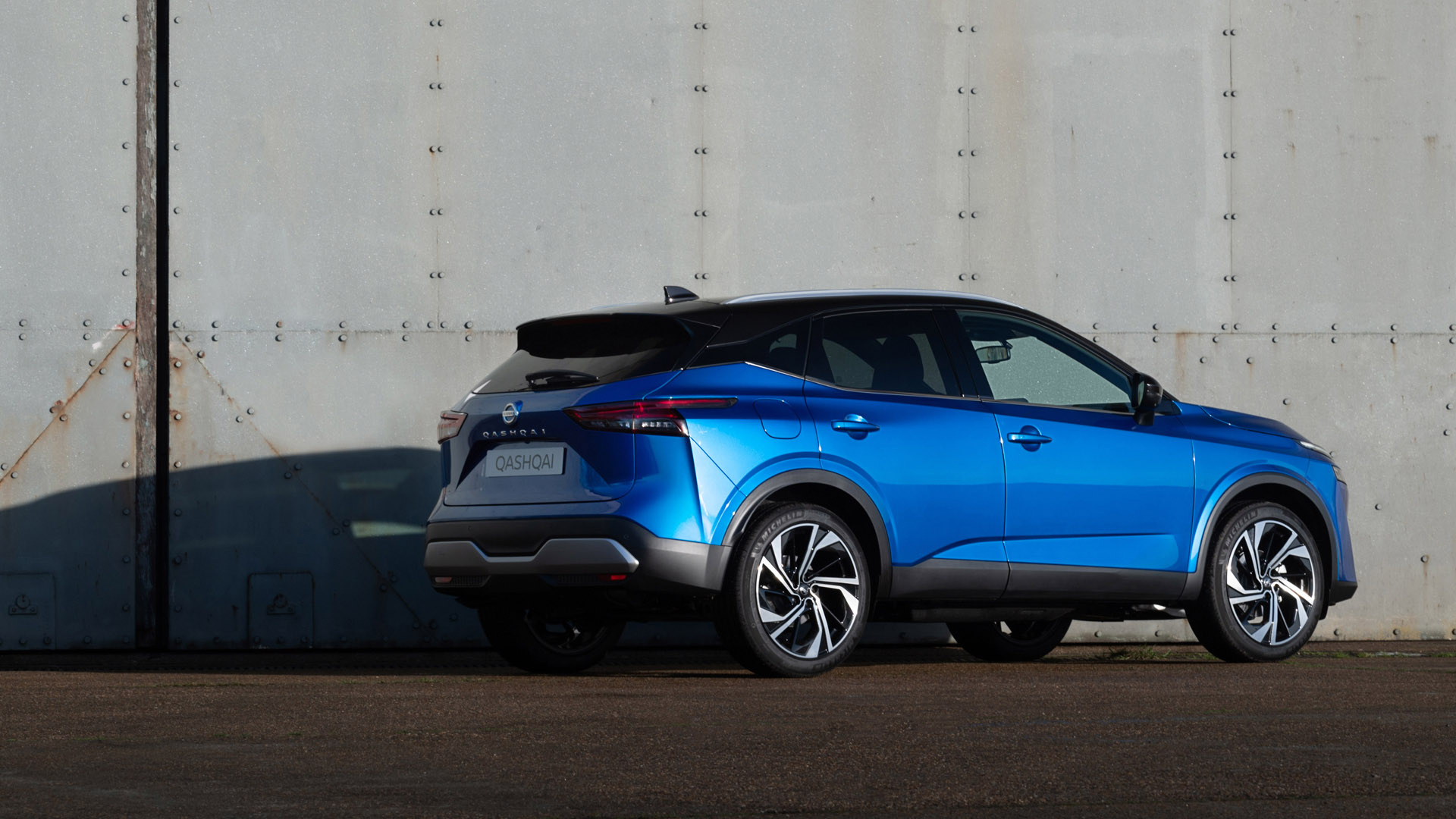 On the new Nissan Qashqai, the updated system is now able to adapt the car’s speed according to additional external circumstances: when the car crosses to a lower speed limit zone on the motorway, it’s claimed to be able to accurately read road signs and take into account navigation system speed limit data. In other words, adaptive cruise control as is present on other vehicles.

Elsewhere, “flank protection” warns the driver of the risk of contact with an object on the side of the vehicle. Rear cross-traffic alert, and Moving Object Detection alert also help prevent accidents or from hitting a pedestrian. Likewise, Intelligent Forward Emergency Braking with predictive function, reduces the likelihood of a collision.

As for the airbags, there’s a new central, which deploys between the two front seats, to prevent the front row occupants from making contact in the event of a side-impact. The central airbag supplements the driver and passenger airbags, as well as the side and curtain airbags that are fitted as standard.