The Peugeot e-208 is an all-electric five-door hatchback that starts from £27,225. We found it to be a stylish, fun-to-drive EV but ultimately would recommend rival offerings that have more range or features for roughly the same price.

Inside the e-208’s cabin resides a six-speaker audio system. At the time of writing, there’s no means of upgrading the system.

To tinker with the vehicle’s audio settings, one has to navigate to the appropriate menu on the 7″ infotainment system – the model on review has a 10″ touchscreen display, instead. Alongside the call volume and the ability to enable or disable touch tones, you’ll find a three-band equaliser – here are our optimal settings:

With Loudness on, the low- and high-end frequencies are slightly emphasised, while with the setting toggled off, we’d recommend adding +6 to the Bass, and +5 to the Treble. As for which is best: it truly depends on what you prefer; if you like an energetic sound, opt for Loudness mode, if however, you enjoy a more neutral audio reproduction, disable the option altogether.

To connect up to the vehicle’s system, you can opt for a wired or wireless connection, both Apple CarPlay and Android Auto are supported over USB. Over Bluetooth, the system supports the SBC and AAC codecs – the latter being the better out of the two, as it transmits at a higher quality.

As for media controls, they can be accessed through the display, via a physical volume knob found by the dashboard or via a set of buttons on the steering wheel.

For a demo of the Peugeot e-208’s audio system head on over to our YouTube channel.

As mentioned, the e-208 houses six speakers; there’s a woofer driver within each of the vehicle’s four doors and tweeters in both the A-pillars. Here, the lack of a dedicated subwoofer takes its toll on the low-end frequencies, namely in the sub-bass region, where the frequency range is cut short in NSG’s single ‘Options’.

While the lack of low-end rumble does hinder the system’s performance, the woofer drivers do make amends by reproducing a hearty mid-bass. Indeed, the four speakers provide plenty of grunt and excitement that can be heard both at the front and rear of the cabin.

Similarly, the highs are zealous at the front of the cabin – thanks to the dedicated tweeters within each of the A-pillars, front occupants will be left satisfied with the system’s reproduction. The same, however, couldn’t be said for those sitting at the rear, as the lack of tweeters means the frequency range is subdued.

Now no matter where you’re sat, you’ll find the mids to be a tad underwhelming. Tracks that have an emphasis on vocals sound pushed back and recessed. Take, for example, Dave’s ‘Verdansk’, where the artist’s voice sounds drowned out in comparison to the song’s heavy bassline and instruments.

As for the soundstage, it’s a little narrow. The size of the vehicle’s cabin combined with the combination of six audio drivers means songs lack width and depth. Nevertheless, there’s a good degree of instrument separation, namely at the front of the cabin.

Finally, when it comes to cabin noise, the e-208 does a competent job at keeping exterior noise to a minimum. Using a sound meter we recorded, 35-36 dBA at a standstill; 58 dBA, while driving at 20-30mph; 61 dBA, while driving at 40mph; and just 65-70 dBA when at 70mph. As for when the windows are brought down, the level increases by roughly 10 dBA. 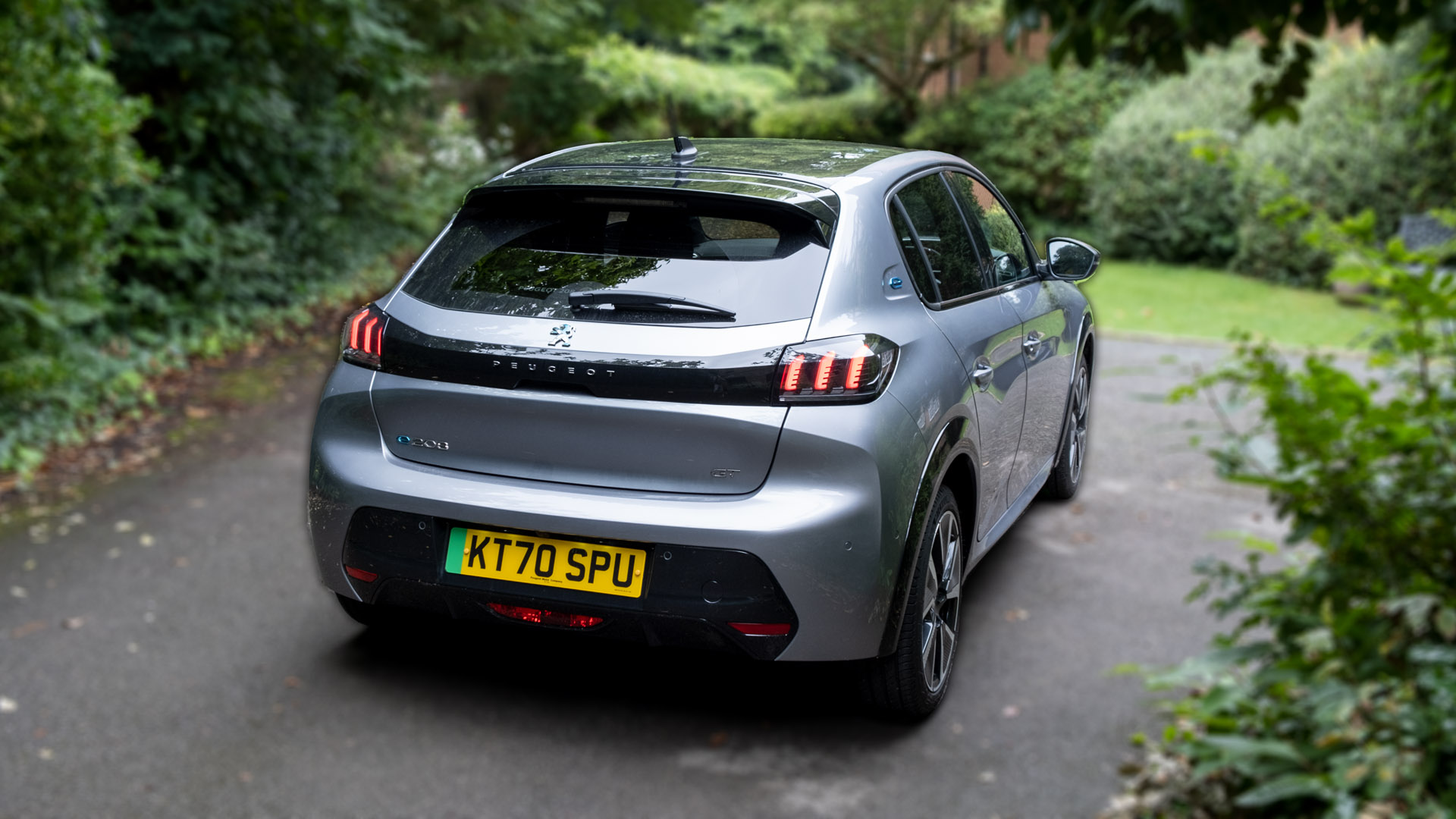 On the whole, the Peugeot e-208’s six-speaker configuration is neither impressive nor terrible. We’d have liked to have seen an option for consumers to enhance their audio experience, especially given the vehicle’s positioning in the market.

Here, the addition of a subwoofer would have taken the system to new heights, and extra drivers throughout the cabin could have added a bit more immersion. Alas, that’s not the case.