The Range Rover Evoque is currently sold as a pure petrol, diesel, mild-hybrid (MHEV) and a plug-in hybrid electric vehicle (PHEV). Prices start from £32,115 and extend up to £55,350 without options. We reviewed the P300e R-Dynamic SE and found it to be a luxurious, albeit pricey PHEV – it can be found for £49,500, where at this price, Land Rover faces stiff competition from rival automakers that offer part or fully electric powertrains.

When it comes to audio, the manufacturer offers a few configurations: a six-speaker 180-Watt setup, a 12-speaker 400-Watt Meridian Sound System or a 15-speaker 650-Watt Meridian Surround Sound System. The 12-speaker setup costs an additional £630, excluding if you opt for the R-Dynamic HSE or HST trims. The 15-speaker system costs an additional £1,260, excluding the aforementioned trims where it costs £630, and comes as standard in the top-spec Autobiography trim. On review is the stock six-speaker configuration.

To tinker with the vehicle’s audio settings, one has to navigate to the ‘Audio’ tab on the 10″ infotainment system. Here, you’ll find a two-band equaliser, below are our optimal settings:

Unfortunately, there are no dedicated mid- and high-frequency adjustments, which means the Treble EQ alters both bands.

To connect up to the vehicle’s audio system using your smartphone, you can opt for a wireless connection over Bluetooth where the SBC and AAC codecs are supported only, or opt for higher-fidelity playback by using a wired USB connection instead. Here, both Android Auto and Apple CarPlay are supported through the infotainment system – wireless connectivity to these mobile operating systems is also supported.

As for media controls, there are the onscreen touch controls, a volume wheel by the centre console and smartly laid out physical buttons and a scroll wheel on the steering wheel.

For a demo of the Evoque’s audio system head on over to our YouTube channel.

When it comes to its audio configuration, the stock 180-Watt six-speaker system houses 165mm woofers in each of the four doors and a 25mm tweeter in the mirror triangles. The 400-Watt Meridian Sound System has twelve speakers, where there’s a midrange centre speaker in the dashboard, woofer and tweeters within each of the four doors, a midrange speaker within the front doors, and a subwoofer under the driver’s seat. The 650-Watt Meridian Surround Sound System adds an additional tweeter in the dashboard and two surround speakers within the rear parcel shelf, taking the tally up to fifteen.

In the stock system, it’s immediately apparent that there is a cut-off in the sub-bass frequencies. Indeed, without a dedicated subwoofer, the four woofer drivers have their work cut out and as such, the low-end rumble is very faint. Compared to the likes of the Volvo XC40 Recharge Twin Pro and Kia Soul EV, for example, the Evoque’s sub-bass reproduction is quite disappointing.

The mid-bass, however, is very much present – there’s plenty of quantity. One might want to even reduce the Bass EQ through the infotainment system, in order to get a more balanced sound; we feel the default configuration is a bit too hearty for most music genres, but of course, that’s all subjective. As for the mid-bass quality, it does lack a bit of finesse in Jack Harlow’s single, ‘WARSAW’ whereby the baseline throughout the song is a bit wobbly. 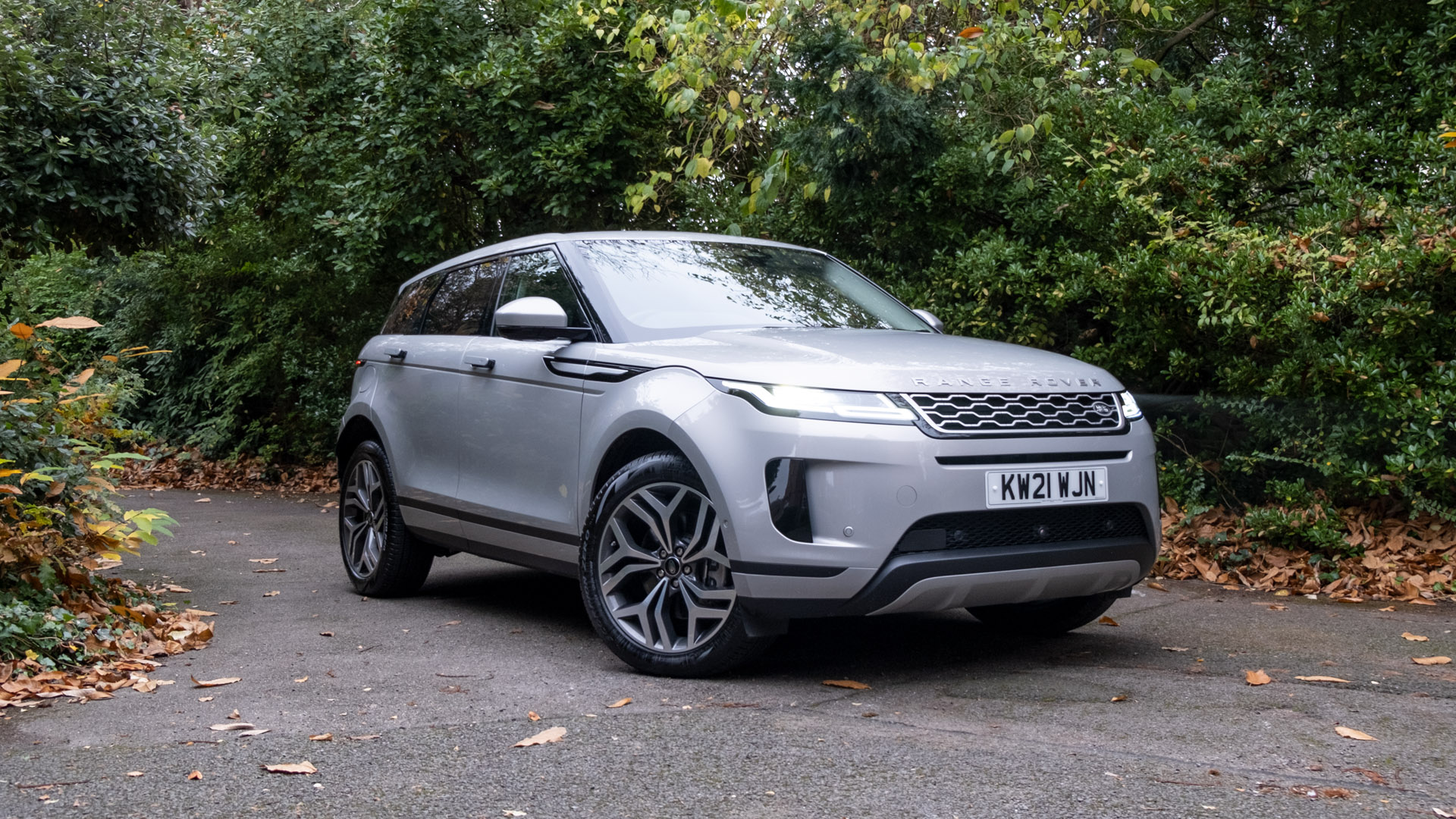 Our disappointment with the stock audio system doesn’t stop there, as the mids are pushed back and recessed. The omission of an independent mid- and high-frequency EQ means that one can’t tweak the former without having sibilant highs. Indeed, any additions to the Treble settings alters both the mids and highs, where the top-end provides enough zing in its default configuration, namely at the front of the cabin. Of course, if you have less sensitive hearing, you might get away by adding a few additional notches to the Treble EQ and thus benefiting from more forward-sounding vocals.

As for its soundstage, the lack of additional drivers around the cabin does hinder the system’s overall width and depth; it’s not as airy as one might have hoped. Instrument separation, however, is good wherein Enrique Iglesias’ ‘Bailamos’ one can easily differentiate between the vocals and guitar strums.

Finally, onto cabin noise, the Evoque is well-equipped at suppressing exterior noise – there’s only a bit of tyre noise that creeps into the cabin, namely when traversing rougher terrain. Using a sound meter we recorded, 35-36 dBA at a standstill; 50-54 dBA, while driving at 20-30mph; 56-59 dBA, while driving at 40mph; and 68-72 dBA when at 70mph. As for when the windows are brought down, the level increases by roughly 12 dBA. 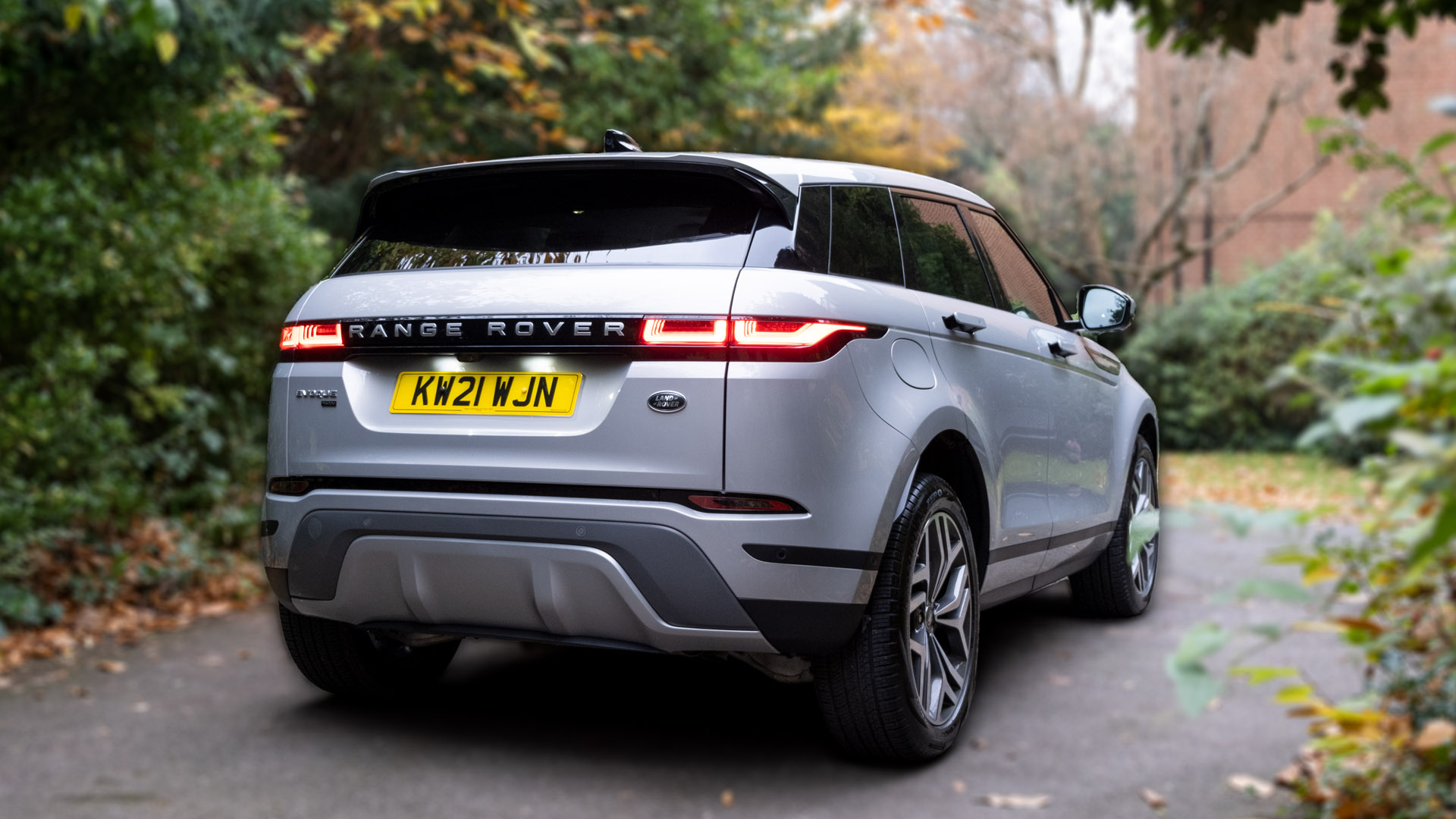 On the whole, the stock 180-Watt audio system of the Evoque is neither impressive nor terrible. There are many areas Land Rover could have improved on, but that might explain the automaker’s decision to team up with British audio manufacturer, Meridian. Suffice to say, if you’re looking for a heightened audio experience you’ll want to invest in the upgrade.

Meridian system or not, we still feel Land Rover could have provided its customers with a bettered stock audio setup, especially given the vehicle’s asking price. Would you expect premium audio fidelity in a Range Rover? Let us know in the comments section below or via social media; we’re on: YouTube, Instagram, Facebook, Twitter and LinkedIn.