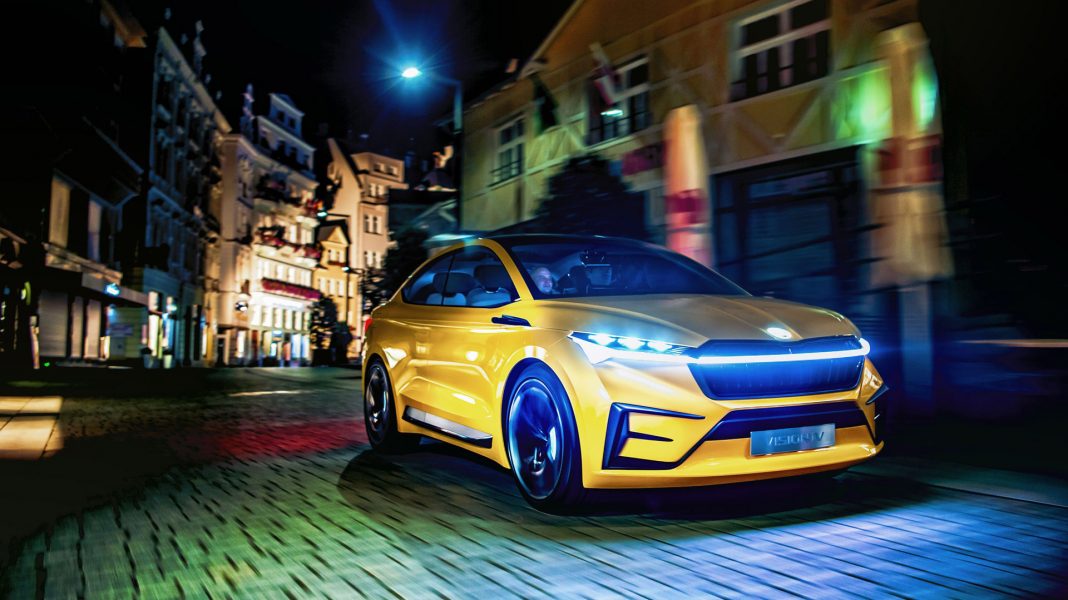 Skoda celebrates its 125th birthday in 2020 and 115 years since the company launched its first car. Several of the brand’s historically important models are also celebrating jubilees in 2020.

From modest beginnings, the brand has produced a vast range of products over the decades, from bicycles to racing cars, with the original factory in Mladá Boleslav, Czech Republic always at the heart of operations.

The 125th anniversary of the company’s founding also marks the beginning of a new era for the manufacturer: the all-electric SUV, Enyaq, is the brand’s first vehicle to be based on the Volkswagen Group’s Modular Electric Platform (MEB) and will go into series-production in the first half of the year. As part of its ongoing product campaign, Skoda will be launching 30 new models from 2019 to the end of 2022, more than ten of which will be partially or fully electric.

The Skoda story began in 1895, when cycling fanatics Václav Laurin (a mechanic) and Václav Klement (a bookseller) started designing and manufacturing bicycles under the name Laurin & Klement. The bicycles sold well, so Laurin and Klement decided to take the next step – and add motors. The pair started making motorbikes in 1899, producing nearly 4,000 motorbikes of various types. They then started experimenting with a new phenomenon – the motor car – which began to gradually replace motorbikes from 1905 onwards.

During the early 1900s, Laurin and Klement could do no wrong and their first car, the Voiturette A, was a huge success, becoming a classic in Czech motoring history. When war began in 1914, the company started manufacturing for the armed forces too. However, due to the challenging economic conditions in Bohemia at the time, Laurin and Klement needed a strong industrial partner to strengthen and modernise their company.

They were now not only producing a range of cars, but also trucks, buses, aeroplane engines and agricultural machinery, such as motorised ploughs. To help realise their dream of building an even bigger company, they merged with engineering firm Skoda from Plzeň in 1925.

Since then, the winged arrow has been featured on the brand logo on all vehicles from Mladá Boleslav. The first vehicle to be produced under the joint partnership was the Laurin & Klement / Skoda 110, which was available with numerous modifications including soft-top and hard-top versions. Its original modular design with a removable rear section enabled the passenger car to be converted into a practical two-seater flat-bed truck, so it could be used for business during the week and by the family at weekends.

The early 1930s were challenging for Skoda as it wrestled with a large range and a market greatly affected by the Great Depression. Luckily, the brand made a breakthrough with the new and modern Skoda Popular, which was to become a legend in the second half of the decade. Weighing only 650kg, the Skoda 420 Popular could reach 50mph and was offered at a fantastic price. It was a true car of the people and adaptable enough to be converted into a range of utility vehicles, such as ambulances and delivery vans.

The Popular also empowered owners to venture far afield. In what would prove to be a great piece of product marketing for the brand, four factory-prepared Popular models embarked on a four-month trip to India, while the roadster version performed heroics on the 1936 Monte Carlo rally.

In the mid-1940s the company became a national enterprise. This period saw the Skoda Tudor successfully exported as far as Australia and later the introduction of the mould-breaking Skoda 1200.

This year, marks the 70th anniversary of the factory crew’s 1950 participation in the 24-hour Le Mans in a Skoda Sport, commemorating Skoda’s long tradition in motorsport.

The 1950s also saw the launch of the Skoda 440 which, in 1959, evolved into the first Octavia, named because it was the eighth model to be produced after the end of World War II.

The Czech economy performed well during this time but pressure began to mount as new technology advanced rapidly in the western Europe. In September 1960, Skoda presented the first Octavia estate at the International Engineering Fair in Brno.

In the spring of 1964 the Skoda 1000 MB replaced the popular Skoda Octavia; one of the most prominent models in the company’s history, it featured a fully new car with the 1.0-litre four-cylinder engine housed in the rear. In May 1965, more than 1,000 vehicles were rolling off the assembly line each month. By the end of the year, the company had been able to ramp up its daily production to at least 150 units, making the 1000 MB the first Czech vehicle to be truly mass-produced.

Skoda continued to make new and improved cars – in the form of the legendary Octavia, the elegant 2+2 coupé Skoda 110 R, the Felicia roadster, and the1000 MB range – but production really only grew again with the arrival of the Favorit model range in 1987.

The political landscape of Eastern Europe shifted again in 1989, when the Berlin Wall fell, the communist government was defeated in Czechoslovakia, and the new free market economy arrived. On January 1 1993 the Czech Republic was formed. During this time, the new government began to search for a strong foreign partner in an effort to secure the company’s long term international competitiveness.

In December 1990, they decided on Volkswagen and a joint venture began the following year. Skoda became the fourth brand in the Volkswagen Group, alongside Volkswagen, Audi and SEAT.

Under Volkswagen Group ownership Skoda has flourished. In three decades the brand’s production has grown sixfold as models such as the Superb, Octavia and Fabia have built a loyal fan base.  The introduction of Skoda’s SUV family that includes Kodiaq, Karoq, and Kamiq have cemented the brand’s reputation for excellent engineering and value for money.

2020 will mark the beginning of a new era for Skoda with the arrival of the all-electric SUV, Enyaq – the brand’s first vehicle to be based on the Volkswagen Group’s Modular Electric Platform (MEB). As part of its ongoing product campaign, Skoda will be launching more than ten partially or fully electric cars before the end of 2022.

After 125 years, Skoda is active in more than 100 markets, delivering 1.24 million vehicles to customers worldwide.