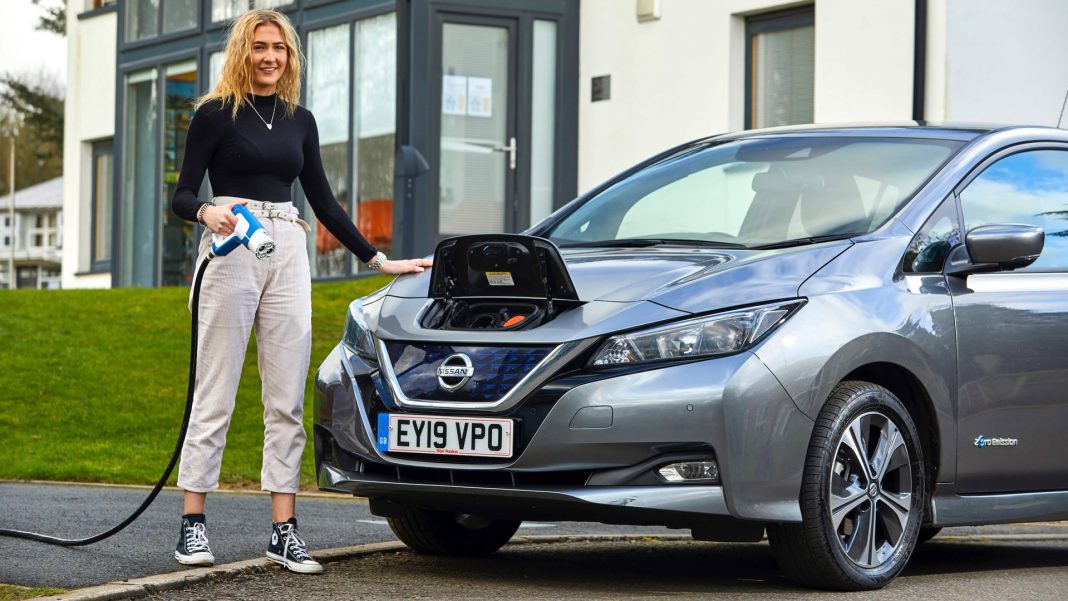 The use of electric vehicles (EVs) is quickly increasing and through the likelihood of daily charging at peak times (5-7pm), high demand on local electricity networks is bound to be inevitable.

Smart charging, also known as V1G, which means one can modify the charge rate or the time can reduce the consequences of this through effective time management of EV charging; a process previously explored by Electric Nation.

However, vehicle-to-grid (V2G) charging would provide for better results, as combining multiple EVs could reintroduce high levels of energy to the grid during peak times. Thus, a requirement for additional energy (often via fossil fuels) could be reduced along with the demand on the electric networks; effectively EV owners could use more cost-effective and greener power, to work toward the UK’s Net-Zero target. 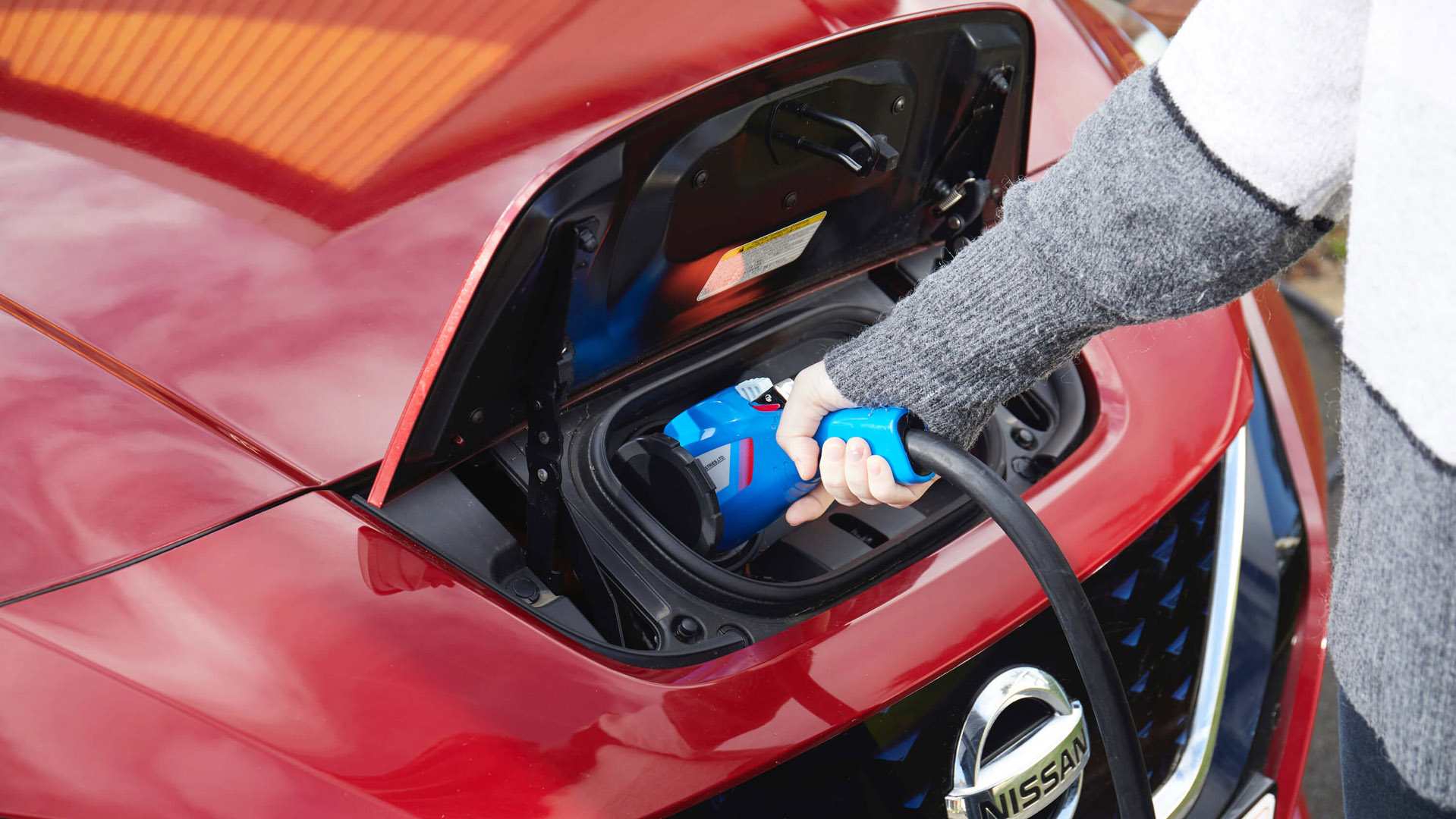 Such bidirectional charging is best with a photovoltaic system as the EV can store excess power from household appliances, and if variable rates are employed, can then provide energy for the house during peak cost times or in a blackout.

Bidirectional charging is a key focus for both BMW and Audi. BMW aims to trial 50 BMW i3 vehicles with this technology in 2021 for one year, although, no onward progression timescale has been provided. BMW notes multiple innovative factors will be needed, such as communication with key stakeholders as well as additional products if EVs are going to be integrated into the grid like this.

Audi has an environmental and cost-effective focus. While it acknowledges complex interaction and intelligence would be imperative, it highlights that a family home could be powered for a week solely by its e-tron EV. Audi report availability of grid integration applications and the subsequent technologies of vehicle-to-home/grid could commence from 2022. 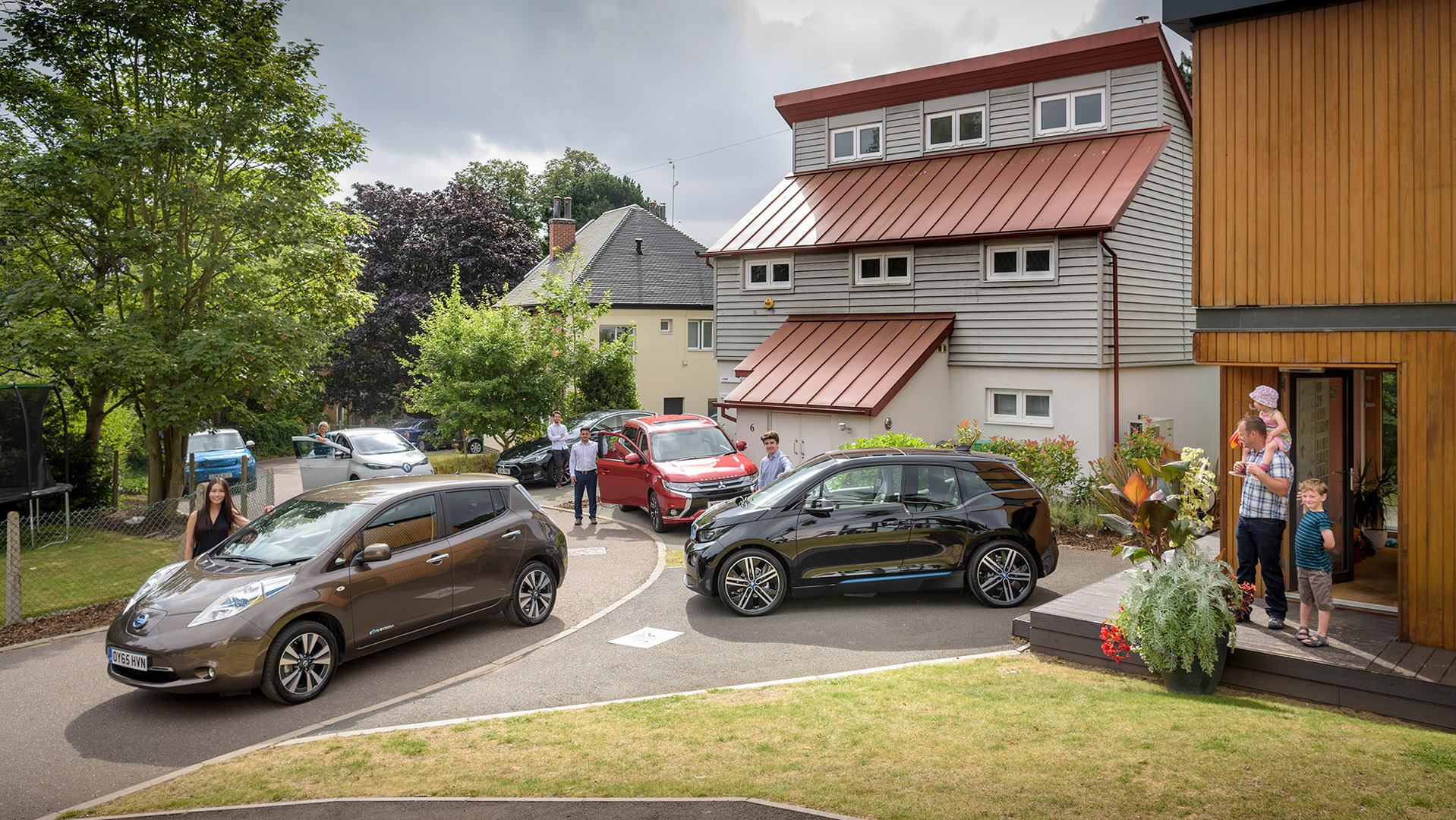 Future Energy Scenarios, National Grid Electricity System Operator (ESO) additionally declared that by 2050, V2G will be provided by up to 45% of households. Yet, Marcus Stewart, Principal Advisor at National Grid ESO, reported: “The CCS pathway is understood and we don’t see too much V2G in the early part of the scenarios. In 2050, take-up ranges from 5% – 45% […] with 45% being the ‘Leading the Way’ early delivery of Net Zero. The two other Net Zero compliant scenarios assume 11% and 26% in 2050. This reflects the uncertainty around the take up of V2G.”

Ease-of-use and standard V2G inclusion in EVs would be vital for its acceptance. However, at present only Nissan EVs (Leaf and the e-NV200 van) are able to use V2G as they employ CHAdeMO charging technology, which V2G is currently only compatible with, as opposed to the more standardised Combined Charging System (CCS) technology.

Nissan has also reported that although its upcoming Ariya SUV, which is due in 2021, will employ CCS rather than CHAdeMO, it does acknowledge the importance of bidirectional charging. It is considering the implementation of this within CCS and will continue to provide CHAdeMO compatible products rather than change those that already use this to CCS. 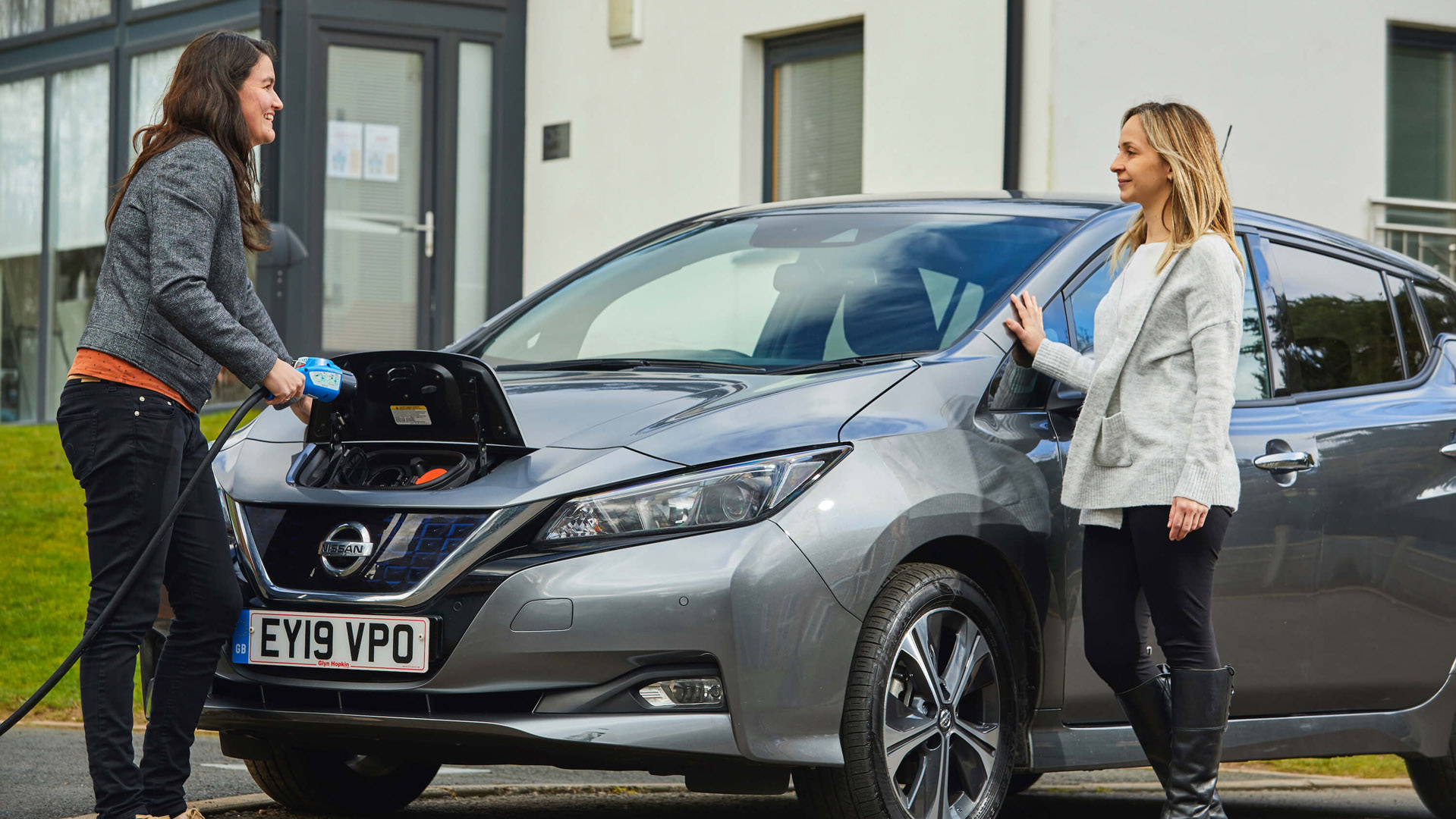 Yet the body promoting CCS, CharIN, advised it would be unable to support V2G until 2025, highlighting the importance of ISO 15118 in CCS in ensuring the grid is ready for V2G and that EV manufacturers would need to produce suitable new products, which can take some 4-5 years.

However, Dr. Marco Landi, the former Innovation Lead – V2G and EV of Innovate UK (which has partnered with companies such as OVO, Nissan and Octopus to support £46 million worth of V2G projects) questioned whether this ISO 15118 standard would be accepted in the UK or if different avenues would be explored such as smart meter management in V2G or variable control formats. Kein-Arn Ong, Senior Energy Analyst, National Grid ESO, also considered that in technical innovation, 2025 remains a great distance away, with the strive for Net Zero and increased customer demand causing possible urgency to plans.

Western Power Distribution (WPD) and CrowdCharge are trialling V2G technology through the Electric Nation V2G project, with Roger Hey (DSO Systems and Projects Manager, WPD) advising of its cost-saving ability in electricity production. Indeed, Imperial College/OVO demonstrated that V2G could save £3.5bn a year by 2040. Mike Potter, CEO of CrowdCharge, warns “unless the UK takes action following projects such as from Electric Nation, we could fall behind with exploiting the technology.” 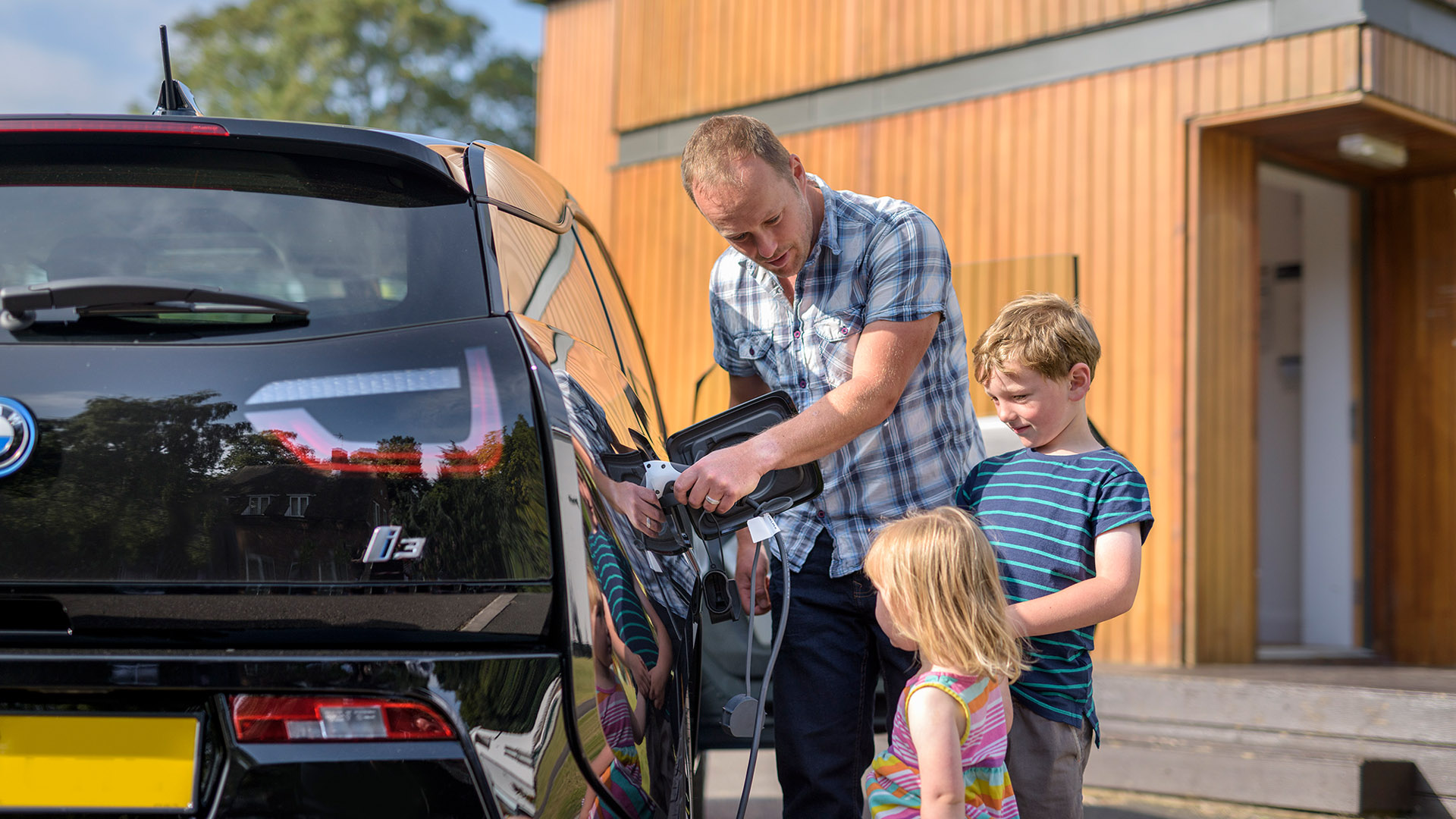 Such projects are vital to ensure the effective and time-efficient provision of V2G in the future. Recruitment is seeking 100 eligible Nissan EV owners, to provide free V2G smart chargers (worth £5,500), to support the understanding of how this technology can be used across multiple electricity networks. Up to £120 reward per participant is proposed by ensuring they plug their EV in at certain times, returning energy back to the grid.

Further information on applying for this project, including eligibility criteria, can be found on Electric Nation’s website.