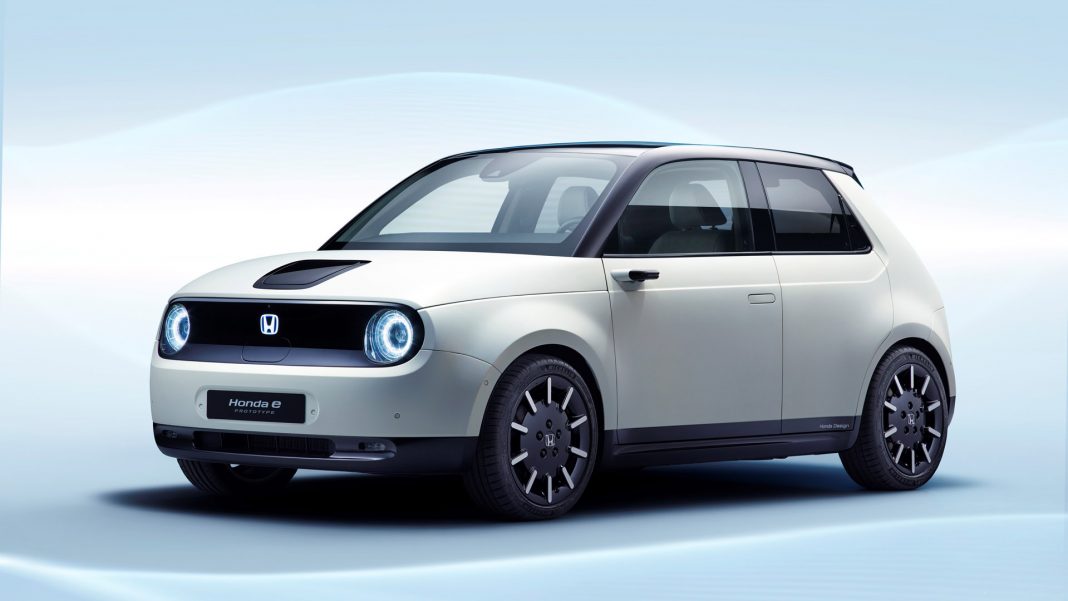 Honda’s all-new, highly acclaimed Honda e has been awarded the ‘Red Dot: Best of the Best 2020’ award, the highest honour in the internationally renowned ‘Red Dot’ awards, for its ground-breaking product design.

The 2020 Honda e also received recognition in the ‘Smart product’ category, along with Honda’s all-new CBR1000RR-R Fireblade SP. This accolade for ‘outstanding design’ is and is the latest award win to highlight Honda’s commitment to creating beautiful products that are designed without compromise.

The annual Red Dot awards honour excellence across product, brand and communication design from international businesses, with winning products showcased in the Red Dot Design Museum at the historical Design Zentrum Nordrhein Westfalen in Essen, Germany. The winning products are decided by a judging panel comprised of 40 international experts who test, evaluate and discuss each entry.

“These prestigious awards place a spotlight on Honda’s visionary and talented designers,” Honda e, Executive Creative Director, Makoto Iwaki commented. “As one of the most exceptional examples of contemporary car design in recent years, the Honda e is fully deserving of its ‘Best of the Best’ accolade.” 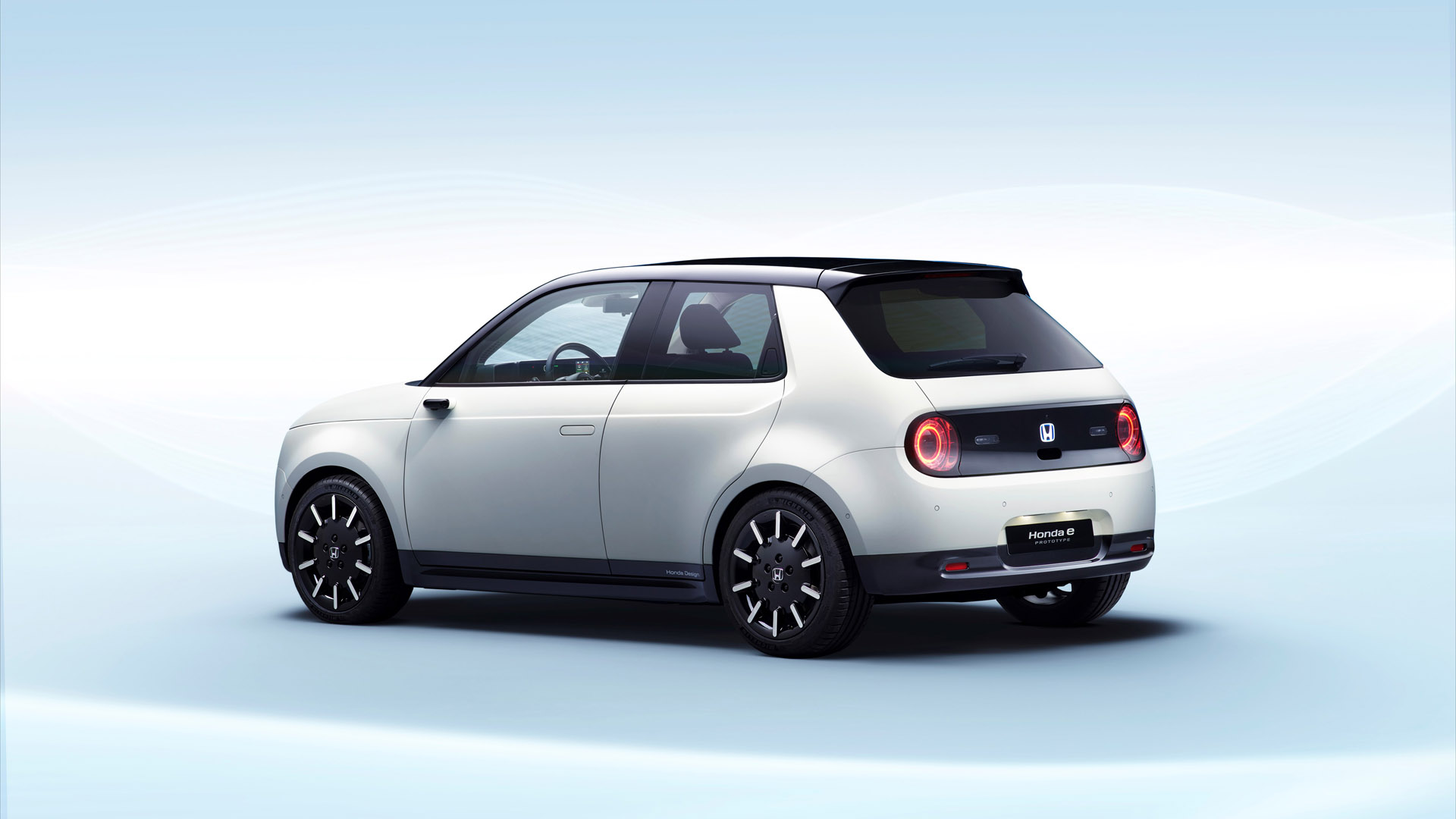 Honda e is the latest arrival in the Honda Electrified Line up, providing a fully electric driving experience for future urban environments. From the signature front and rear LED lights, set in unique black, concave panels, to the stylish glass charging port cover, clean surfaces and flush features that optimise aerodynamic efficiency and refinement, the Honda e reimagines the identity of a small Honda for the next era of urban mobility.

The modern styling of the Honda e has attracted international acclaim since it was first previewed in the Urban EV at the 2017 Frankfurt Motor Show. The concept car was later recognised as ‘Best Concept Car’ in the renowned Car Design Award honours. The follow-up e Prototype concept, fresh from its world premiere at 2019 Geneva Motor Show, was the centrepiece of the ‘Honda experience – Casa Connessa Tortona’ exhibit at Milan Design Week 2019. The exhibition, which was the first time the brand has had a significant presence at the world’s largest design event, offered visitors a unique insight into the design concept of the Honda e Prototype. 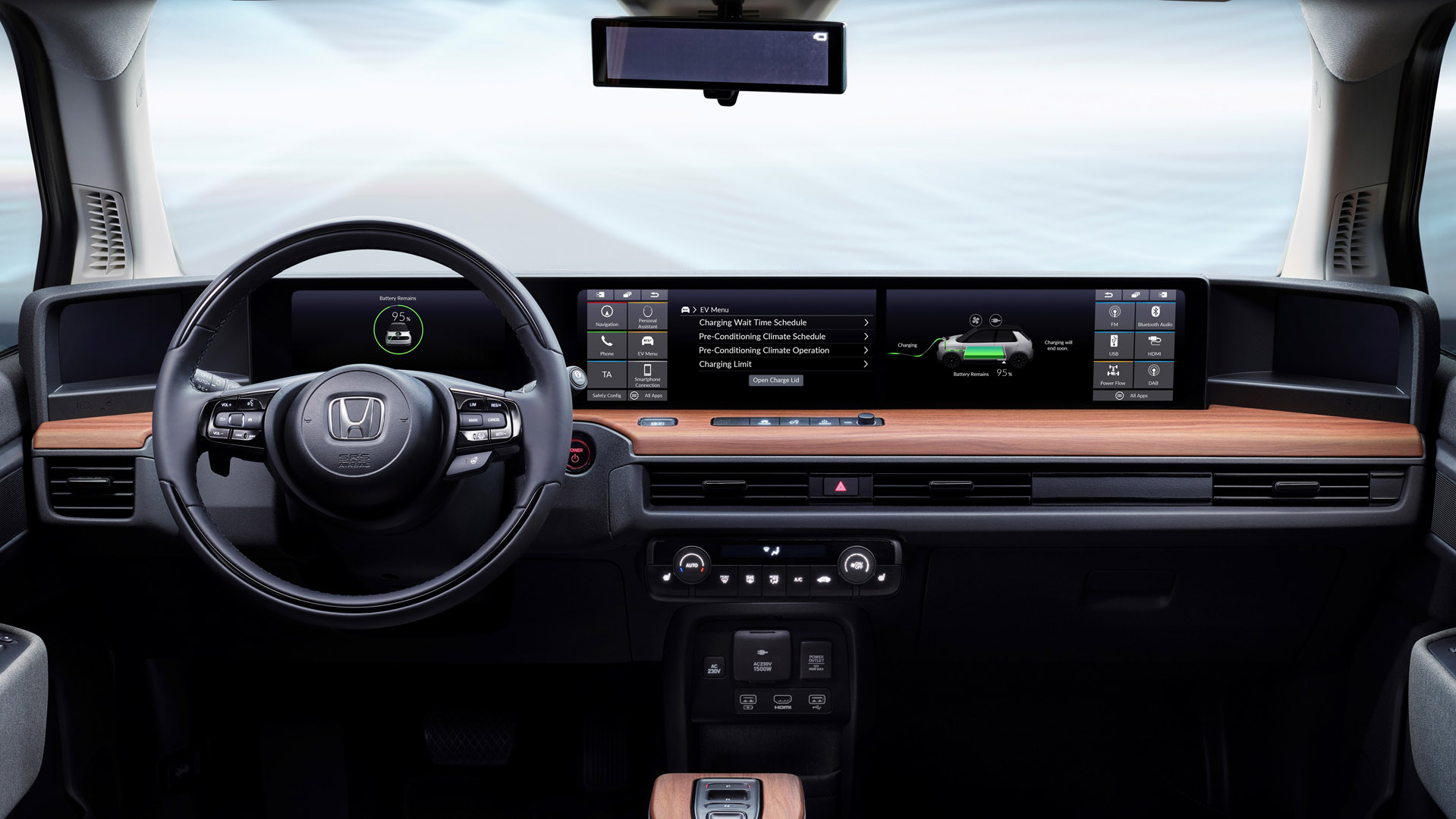 The CBR1000RR-R Fireblade SP is the latest machine to carry the Fireblade nameplate, which was first introduced in 1992. It has always set the benchmark for how a litre-class super sports machine should handle on public roads, but for the new 2020 model – developed under the tagline of ‘Born to Race’ – an unwavering focus on circuit performance came hand in hand with a radical new design.

The minimalist frontal area, aggressively angled side fairings and extended lower fairings – plus a variety of apertures, slits and air-channelling shapes – combine to create a best-in-class drag coefficient value of 0.270. Aerodynamic ‘winglets’ as used on Honda’s Grand Prix (MotoGP) race machine combine eye-catching form with uncompromising function, hugely increasing downforce and stability for ultimate control of the most powerful inline four-cylinder engine Honda has ever made. 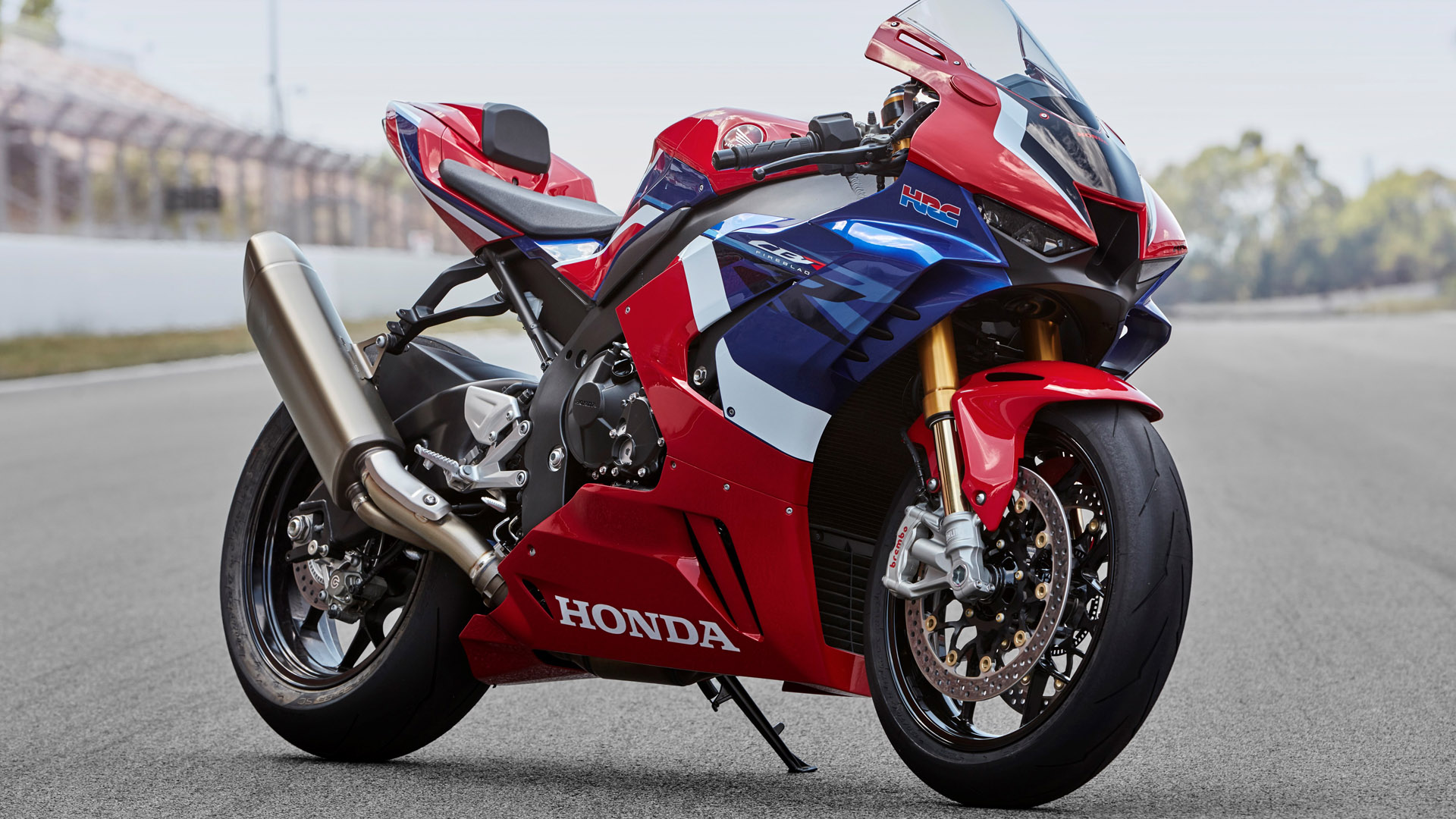 The Fireblade was designed with an innovative new approach in which Honda R&D’s digital simulation experts, clay modellers and styling sketch designers worked with a continuous, almost simultaneous feedback loop to create the maximum effect in the shortest possible development time. They also benefitted from input from aerodynamic specialists from the company’s in-house racing experts – Honda Racing Corporation – in whose evocative red-white-and-blue colour scheme the CBR1000RR-R Fireblade SP is painted.

Satoshi Kawawa, General Manager, Motorcycle Design Division, said “The CBR1000RR-R Fireblade SP was developed to win races in any category – from club racing to international competition. Its design and styling are led by that philosophy – with every part and every detail designed with speed, performance and aerodynamic efficiency in mind. We’re honoured that it has been recognised with such a prestigious award.” 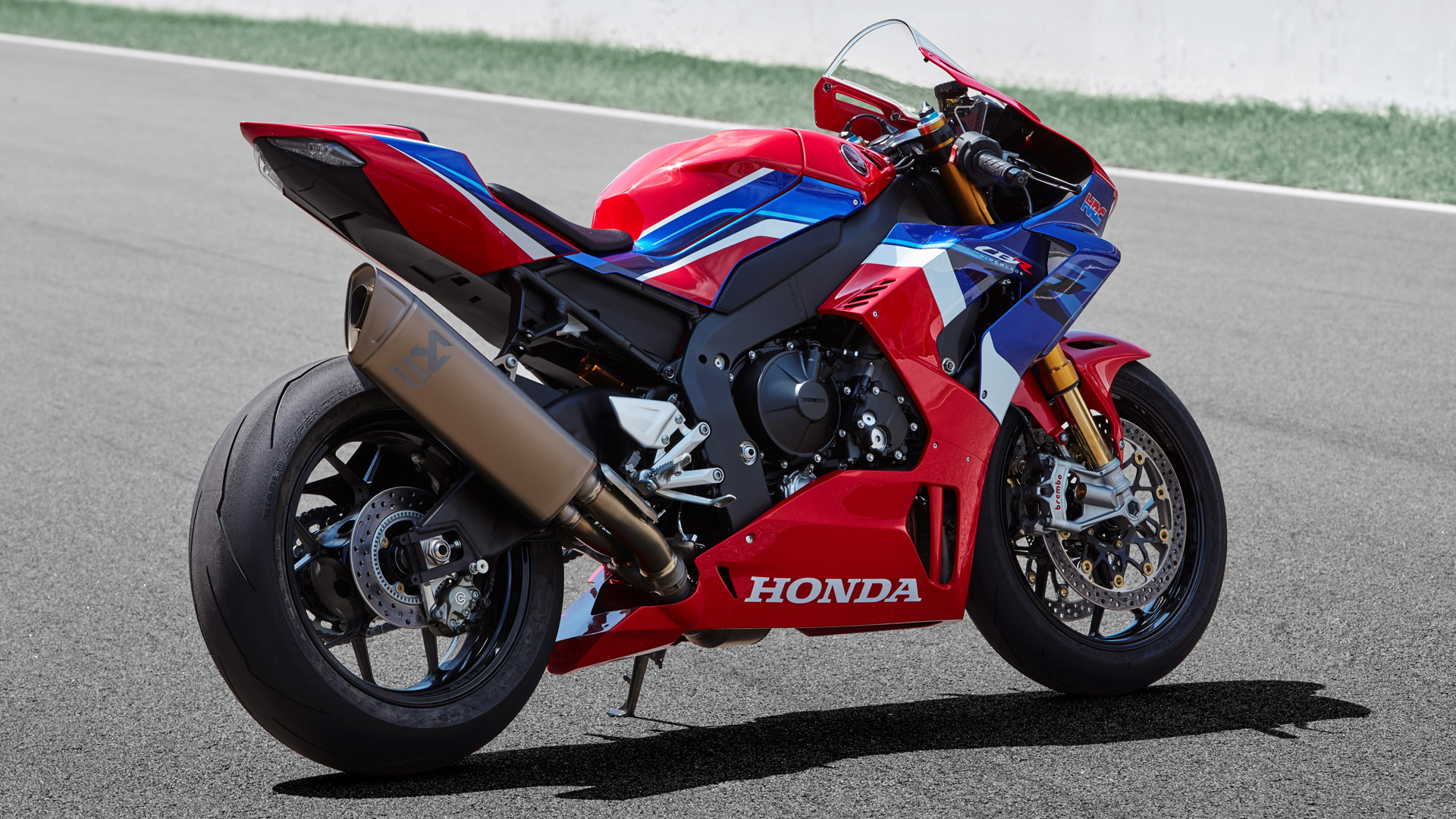 Honda has a long history of success in the automotive section of the Red Dot awards, among the most prestigious and sought-after awards in the world. Other recent successes include the Honda S2000 in 2001 and Civic in 2006 for ‘Red Dot: Best of the Best’ and European Accord Tourer in 2008 and Insight in 2009 for ‘Red Dot’.

Under the motto, ‘In search of good design and creativity’, the Red Dot Design Awards honour industry-leading works and projects from designers, agencies and companies from around the globe. Drawing on a prominent jury of more than 40 international experts, the annual event is recognised worldwide as one of the most sought-after awards for design.