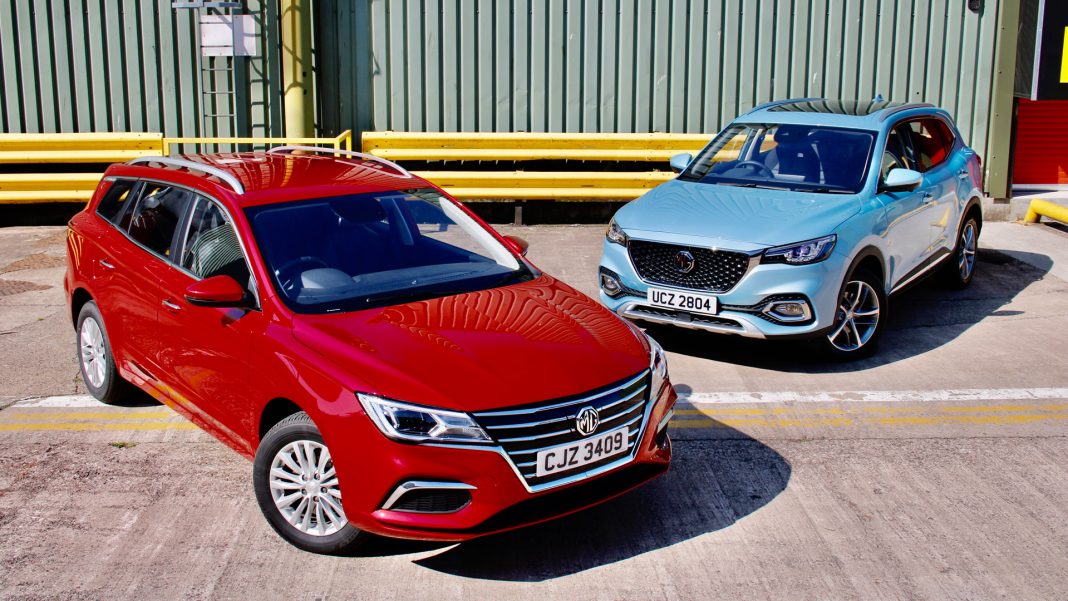 MG is on the offensive to electrify its entire fleet, with two new additions: the fully-electric MG5 EV estate and the new HS Plug-In hybrid, which both aim to go on sale in October 2020.

In 2019, the now Chinese-owned automotive company, launched the ZS EV. The fully electric SUV made an immediate impact upon launch; it was and still is one of the most affordable fully electric vehicles on the market – at the time, the ZS EV started from just £21,495, where now it’s available from £25,495. The ZS EV is a fantastic proposition for the large majority of consumers and subsequently received TotallyEV’s Value award earlier in the year.

Following an extraordinary growth in 2020, the automaker is looking to expand its reach and has today announced two new EVs. TotallyEV got an exclusive invite to find out more about the MG5 EV and HS Plug-In hybrid.

MG MG5 EV: Everything you need to know

Much like the ZS EV, and the rest MG’s lineup of vehicles, the MG5 EV consists of two trims: the Excite that starts from £24,495 (after the Plug-in Car Grant) and the Exclusive, which will set you back just £26,995. 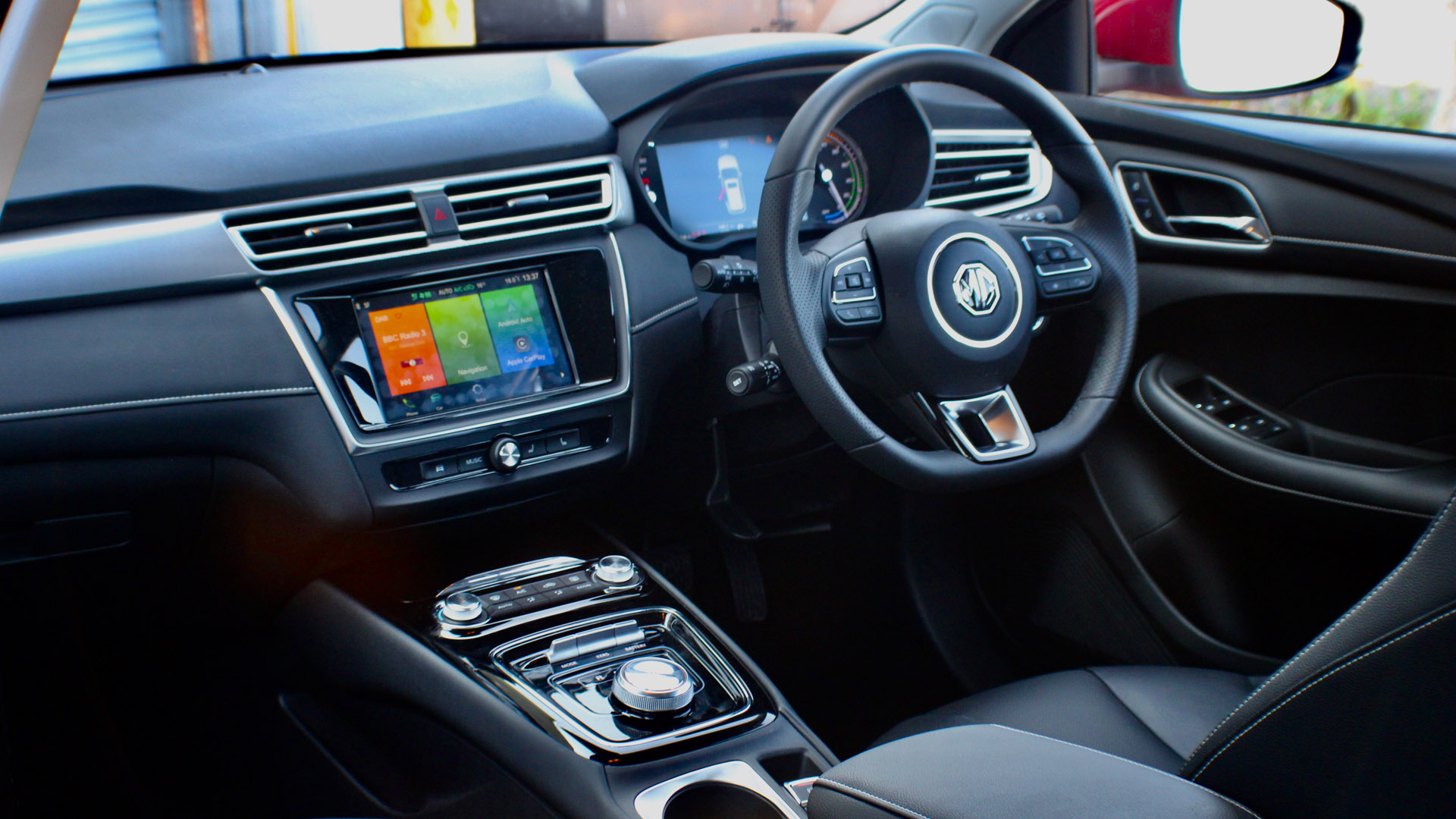 The MG5 EV has underfloor batteries, and as a result, sits lower than most of its competitors. Unsurprisingly, due to its being an estate is has an elongated chassis and a longer wheelbase than a conventional 3- or 5-door hatch. 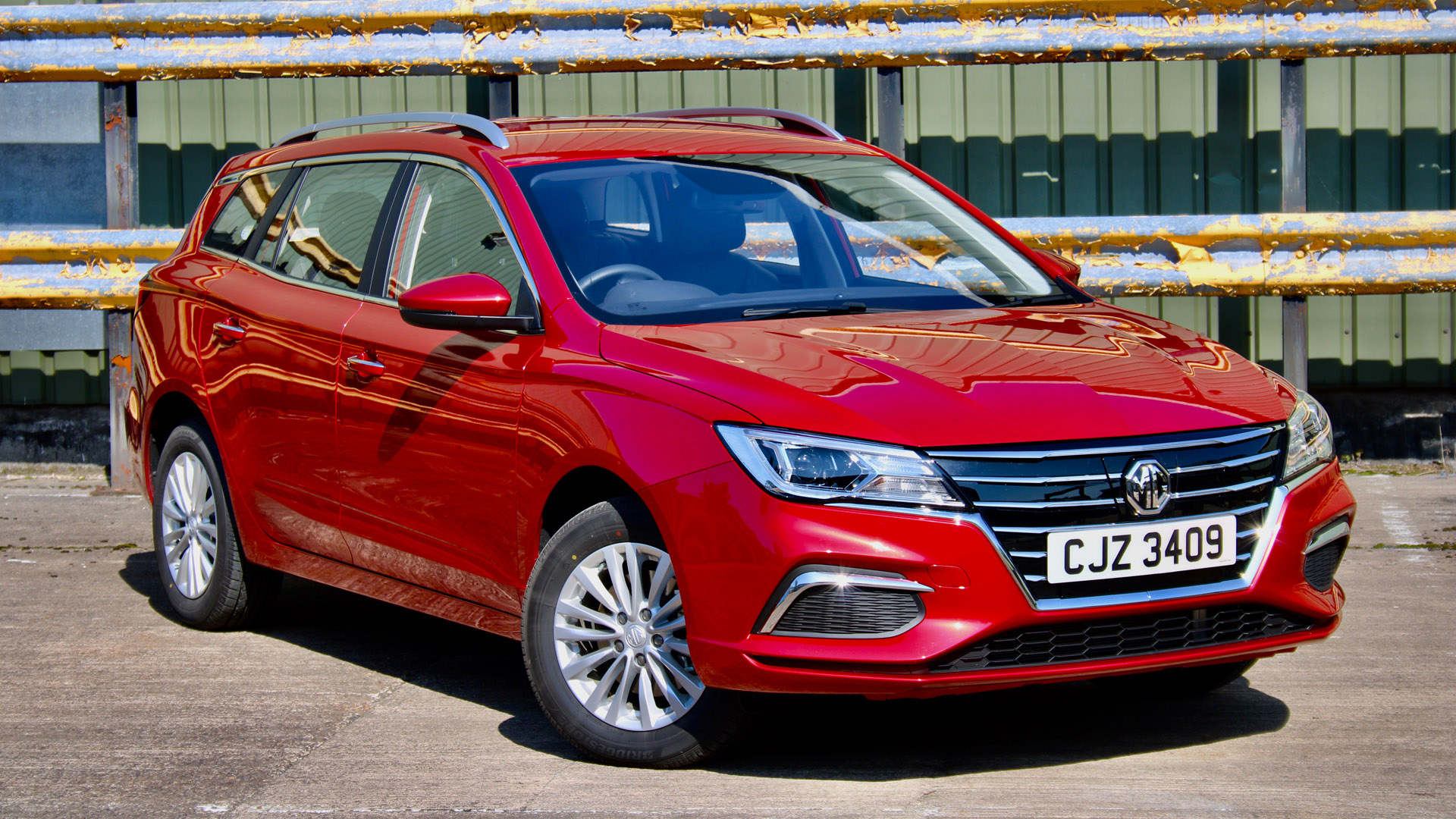 Inside the cabin, the MG5 EV is reminiscent to the ZS EV, whereby it has a practical and smart-looking design, with an 8″ infotainment display that supports both Android Auto and Apple CarPlay.

A rotary gear selector makes its way to the centre consoles and a combination of a digital and physical instrument cluster sit behind the steering wheel.

In terms of performance, the estate will get to 60mph from a standstill in just over eight seconds. That’s due to it housing a single 115kW (154 hp) electric motor. Top speed is limited to 155mph.

When it comes to its all-electric range, the MG5 EV houses a large 52.5kWh lithium-ion battery pack that claims to run for an impressive 214 miles on a single charge. This figure increases to 276 miles within inner-city commutes.

Thanks to its CCS port, it also can be charged to 80% in 50 minutes using a rapid charger, while the Type 2 connector will allow it to get to the same level of charge in around eight and a half hours. 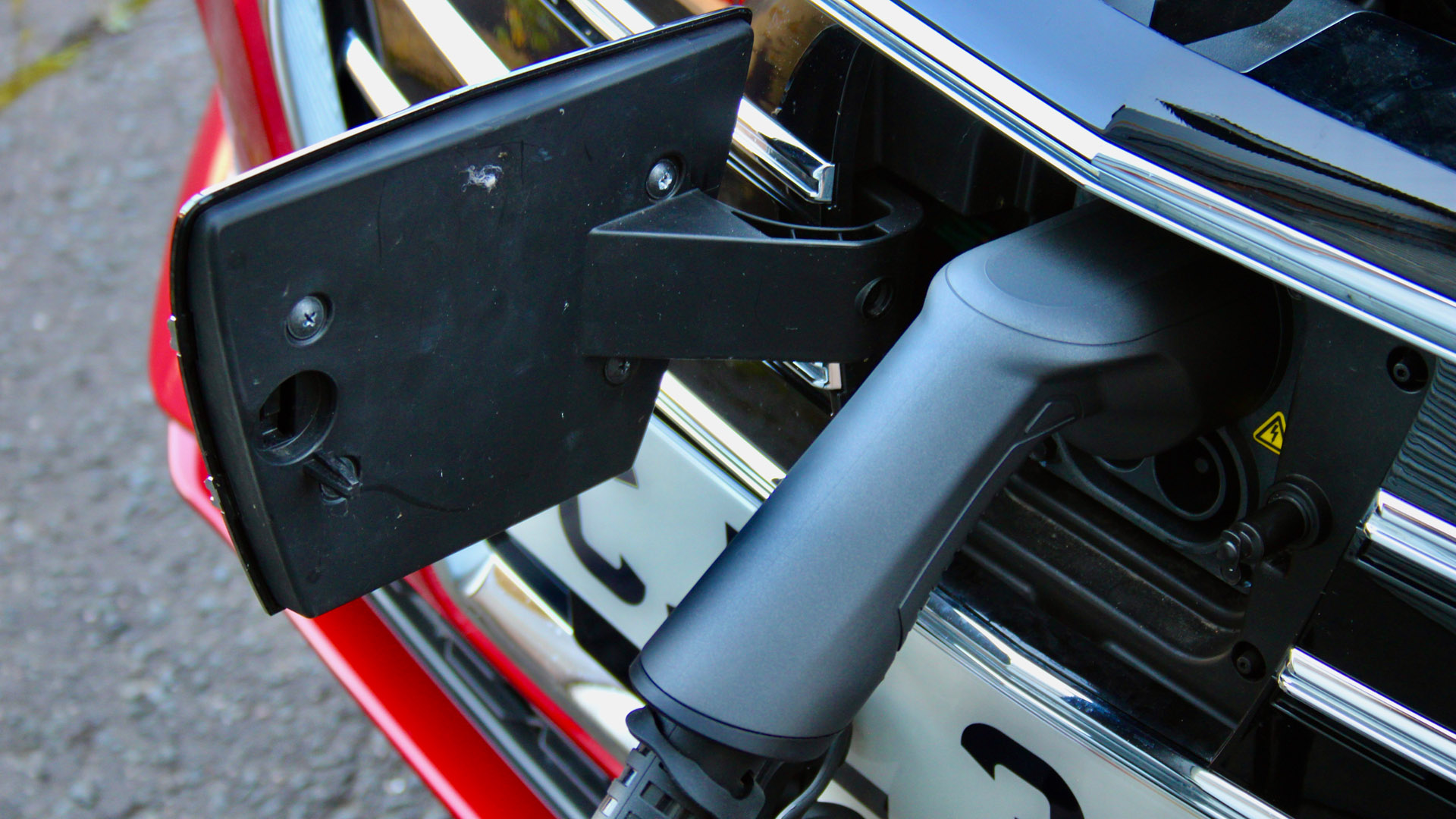 The vehicle’s biggest selling point is its boot space, which sits at 464 litres and with the load cover retracted expands to 578 litres. Pop the seats down and this figure extends to 1,456 litres.

Aside from its spacious boot, the car is also said to be rommy for front and rear occupants. MG claims there’s ample amount of headroom and legroom even behind a tall driver; with six-way adjustable driver’s and four-way adjustable passenger seats, it’ll also be easy to get comfortable. The Exclusive trim gets heated front seats and driver’s lumbar support, too.

MG HS Plug-In: Everything you need to know 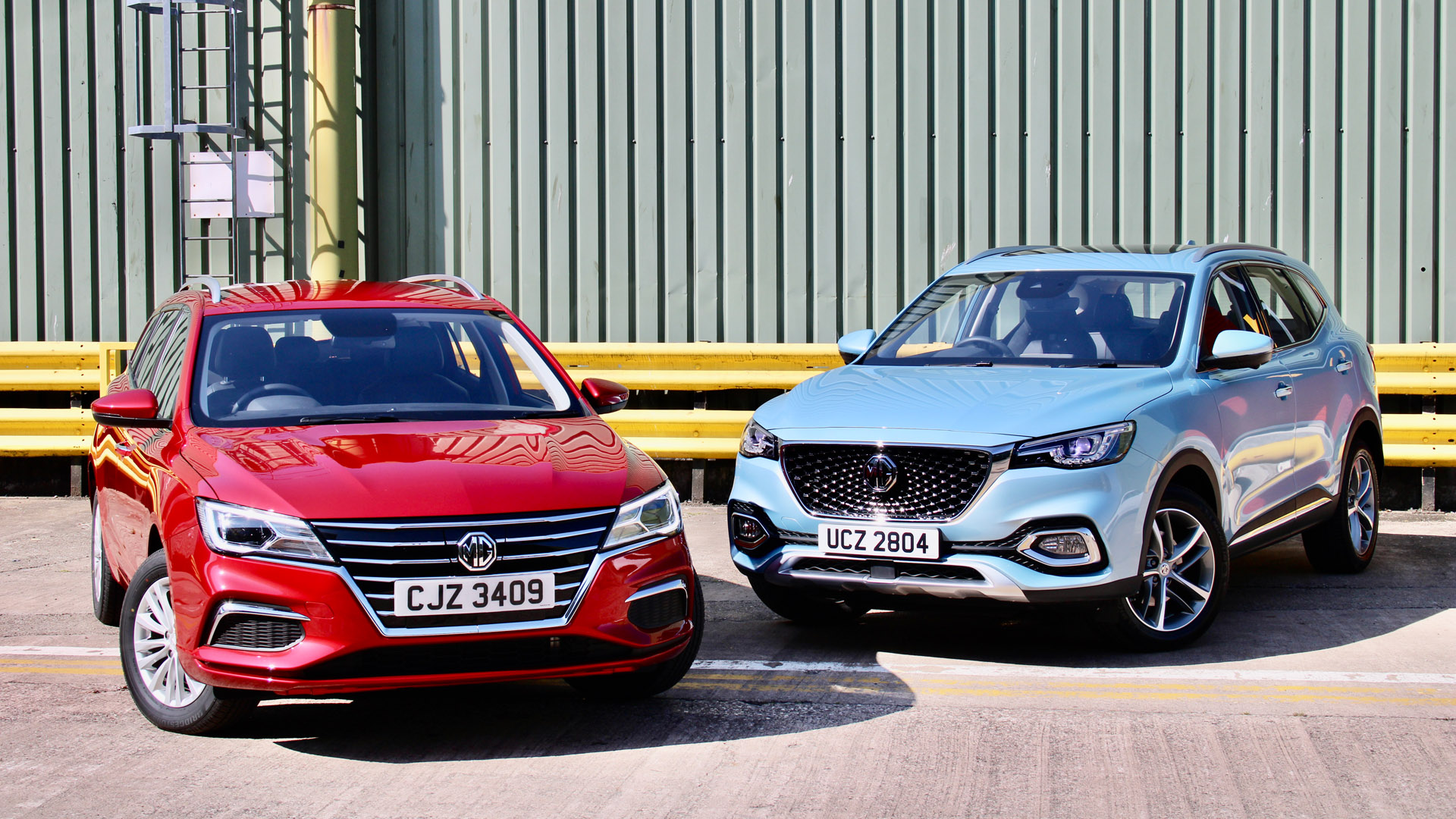 From the exterior, the new HS is indistinguishable from its petrol counterpart and is very similar to the ZS EV, too.

In the manufacturer’s words “it is designed to look purposeful, sporty and perfectly at home on British and European roads.” At the front, there’s the large-sized grille with the MG logo and angel headlights, while at the rear there are twin tailpipes and an aluminium lower bumper. The Exclusive version also gets LED headlights, with sequential LED indicators at the front and rear. 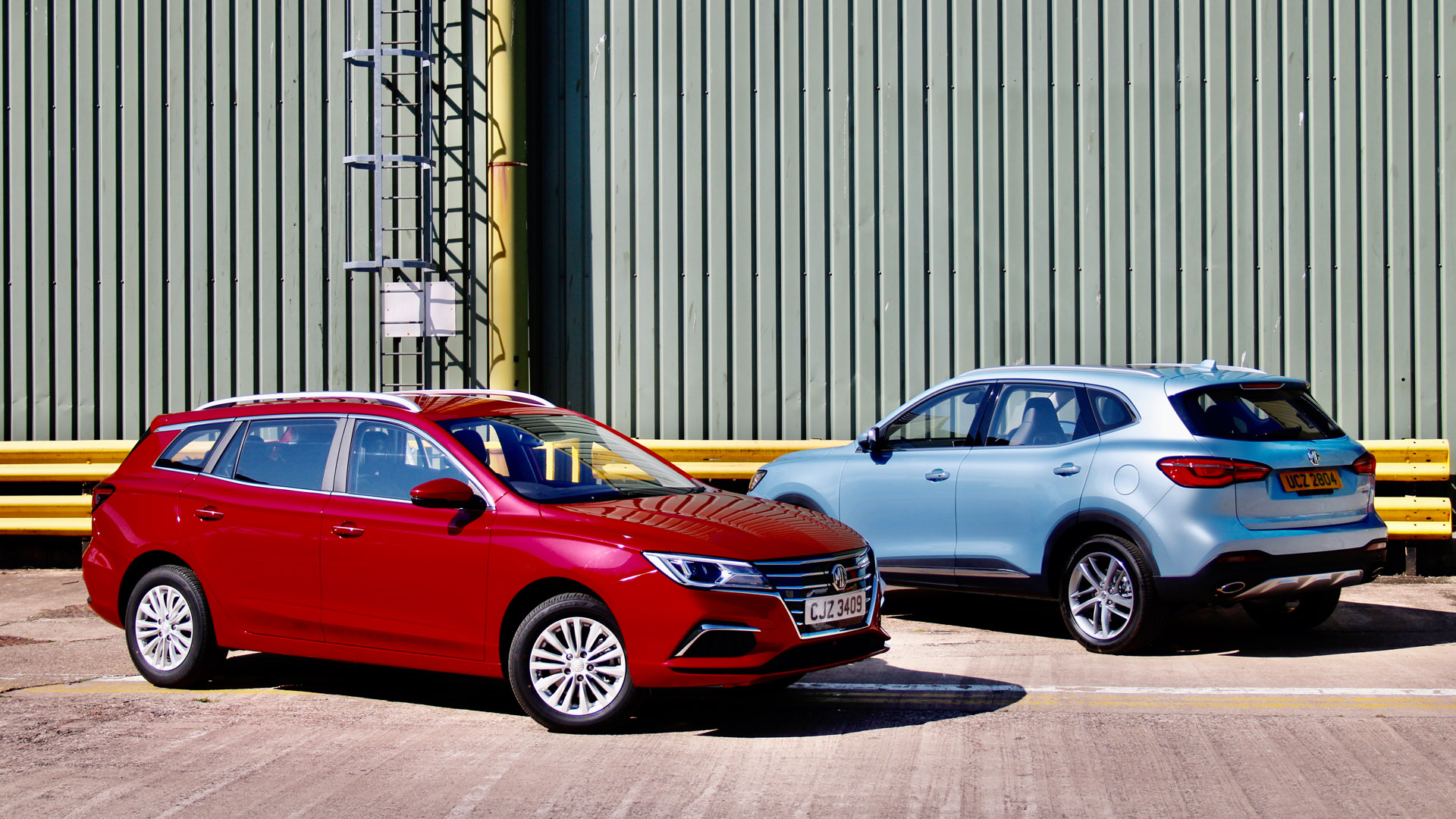 MG is also adding a vibrant new colour with the new MG HS Plug-in – Pimlico Blue; similar to that of the ZS EV.

Inside, there’s also a sense of practicality and luxury. Piano key buttons, turbine design air vents and soft-touch door cards reside inside the cabin. At the rear, reclining seats are on offer and two USB sockets make for ease-of-use.

When it comes to performance, the new HS features a 1.5-litre turbo engine from the petrol MG HS range and a 90kW electric motor giving a combined output of 190 kW (255 hp) of power versus the 119 kW (160 hp) of the standard petrol model.

As a result, the SUV will accelerate from 0 to 60 mph in just 6.9 seconds. Top speed has yet to be disclosed. Helping achieve this figure is a 10-speed automatic transmission transferring power to the front wheels. 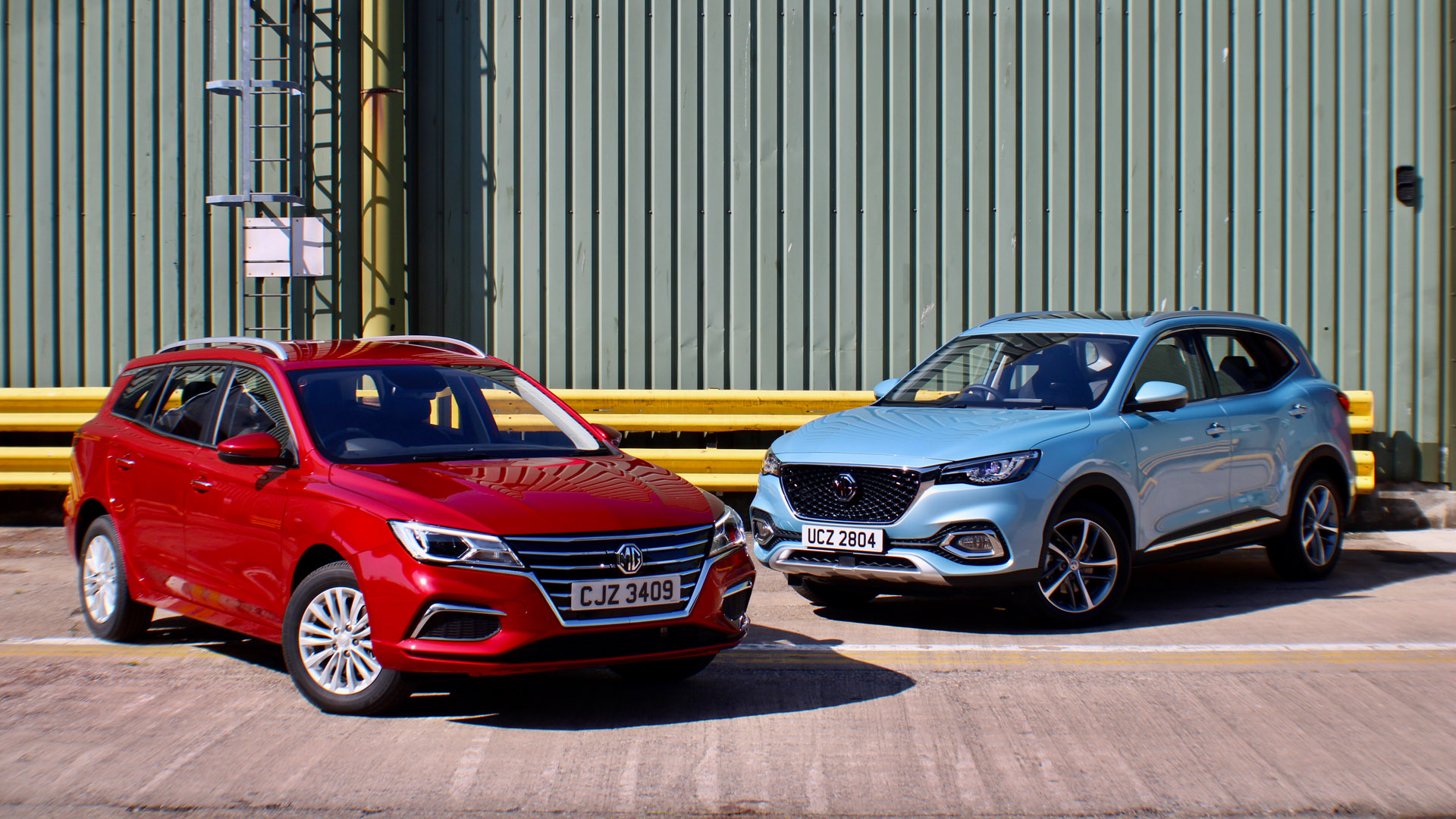 Power from the petrol engine is channelled through a six-speed automatic gearbox, while the motor uses a four-speed electronic drive unit. Together they combine to provide ten electronically controlled gear ratios.

In terms of all-electric range, the new HS claims up to 32 miles. Combined with its petrol engine, it means it has a low CO2 emission figure of 43g/km.

To recharge its battery pack, one can get to 100% charge in three hours using the vehicle’s Type 2 charging port.

As for storage space, there’s 448 litres at the back, with it extending to 1,375 litres with the seats down. There’s also a dual height boot floor eliminating any lip when loading items.

Just as in the ICE-based variants, there’s ample amount of headroom and legroom throughout the SUV’s cabin. The Exclusive trim also draws in additional sunlight thanks to its panoramic Sky Roof.

The SUV’s infotainment system is comprised of a 10.1″ colour touchscreen display and it’s paired with a 12″ fully digital instrument cluster – making the car feel a touch more premium over its ZS EV counterpart. 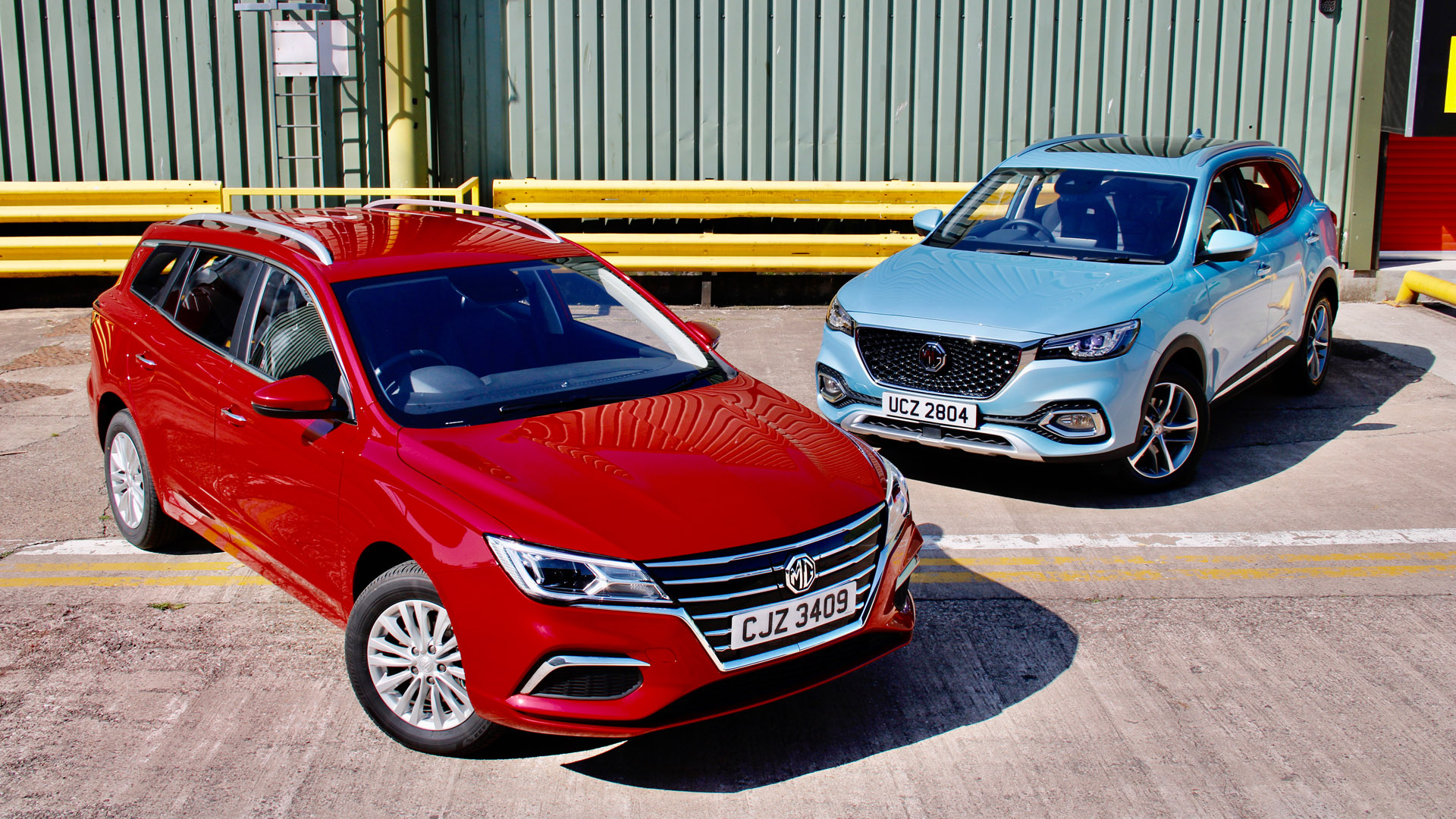 The ZS EV was and still is a fantastic SUV for the money; the MG5 EV offers consumers who don’t want a tall-sized vehicle, with the option to drive a fully electric estate at a low price. The HS Plug-In, however, is a more eco-friendly take on the regular petrol HS – it offers company car buyers the chance to save on taxation and equally keep their tailpipe emissions down so long as they don’t do large number of miles on a single trip.

On the whole, both cars are expected to be a hit with consumers that are on a budget. We’re looking forward to reviewing both vehicles in the near-future, so stay tuned for our in-depth thoughts of both, soon.