The Renault Zoe is an all-electric hatchback that starts from £26,995; we found it to be one of the best electric family cars on the market, where we awarded it our coveted Best Buy award.

When it comes to audio, the Zoe comes with a six-speaker setup as standard. One can also opt for the Bose system for an additional £500 premium; it ups total wattage from 160 Watts to 220 Watts, which is largely due to the addition of a subwoofer and an amplifier.

For a demo of the Renault Zoe’s audio system head on over to our YouTube channel.

The Zoe comes with a 7″ infotainment display and moves up to a 9.3″ panel in the GT Line. The latter model on review has a simple menu system to navigate; through the Sound section, you’ll find a few options to customise the audio system. Here are our optimal settings:

*’Medium’ seems to have been lost in translation, but the EQ alters the mid-range frequencies.

As for connecting to the car’s system, the Zoe – in all of its trim levels – supports Apple CarPlay and Android Auto. Wireless connectivity can be achieved via Bluetooth, although, the system is limited to the lowest-quality SBC codec, only.

Oddly, Renault has decided to exclude media controls from the steering wheel and instead, relies on a separate lever that sits by the wiper controls. We find its placement unnatural and unintuitive to use, especially if one skips through their music library frequently.

For a demo of the Renault Zoe’s audio system head on over to our YouTube channel.

The standard audio package has four speakers at the front and two at the back. Unfortunately, there’s no subwoofer present in the vehicle’s default configuration and this void can be heard when listening to ‘Diced Pineapples’ by Rick Ross. Throughout the song, low-end extensions are cut short, with the lower echelons of sound fed through the front and rear loudspeakers, instead.

Undoubtedly, this affects the system’s ability to reproduce a tight and controlled mid-bass, though, in this frequency range the speakers manage to hold their own by reproducing a hearty sound.

The mids are also affected by the system boasting a strong presence in the mid-bass tones. This result in a V-shaped sound signature, which isn’t necessarily a bad thing for R&B, pop and dance music. We found that by adding any more than two notches to the ‘Medium’ EQ, would result in a somewhat artificial sound – of course, that’s subjective.

As for the highs, they’re near-perfect, with a great top-end extension that doesn’t sound too harsh or sibilant. The front-mounted tweeters do an excellent job at portraying the hi-hats in Drop G’s remix of ‘Side to Side’ by Ariana Grande.

The same could be said about the vehicle’s soundstage, which for a stock system, is impressive. It does an excellent job in separating instruments and provides a competent width and depth for a vehicle of its class. In comparison to larger-sized cabins, the Zoe holds its own in this domain and is a cut above the rest in comparison to other hatchbacks. Had this or the Bose system had more speakers dotted around the cabin it could have competed with far more premium systems out there on the market. 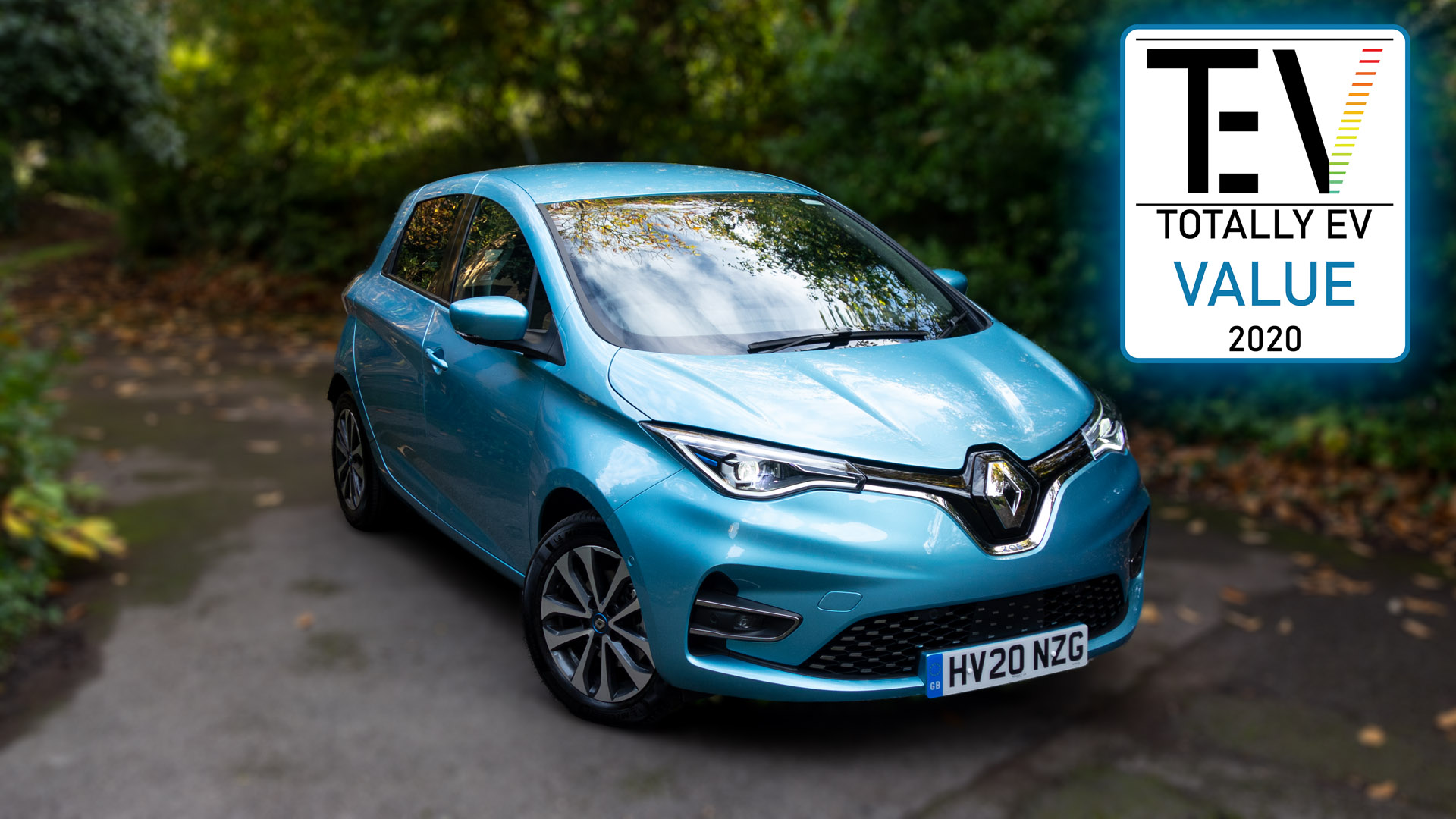 Despite not excelling in every department, the Zoe’s stock audio system is delightful. Given that it comes for ‘free’ with every Zoe car, it certainly paints a good light for the French manufacturer wanting to upsell its customers to the more premium Bose system.

Given the latter option adds a subwoofer, one can think it’s an exceptional investment for those who seek more presence in the lower-end frequencies. On the whole, the stock audio system receives TotallyEV’s Value award.