The Kia EV6 is a radically different electric vehicle from the Korean manufacturer; indeed, it shares many similarities with the equally stylish Hyundai Ioniq 5, both being great inclusions to the EV market.

When it comes to audio, the automaker offers a six-speaker configuration in its entry-level Air and GT-Line trims, which we have one review, and a 14-speaker Meridian Audio system within the GT-Line S and top-spec GT models.

To tinker with the vehicle’s audio settings, one has to navigate to the ‘Sound Settings’ tab on the 12.3″ infotainment system. Here, you’ll find a three-band equaliser, below are our optimal settings:

To connect up to the vehicle’s audio system using your smartphone, you can opt for a wireless connection over Bluetooth where the SBC and AAC codecs are supported only, or opt for higher-fidelity playback by using a wired USB connection instead. Here, both Android Auto and Apple CarPlay are supported through the infotainment system.

As for media controls, there are the onscreen touch controls, a volume wheel by the dashboard alongside a few touch-sensitive media settings, and smartly laid out physical buttons on the steering wheel, which allow you to change tracks and adjust the playback volume.

For a demo of the EV6’s audio system head on over to our YouTube channel.

The inherent lack of a subwoofer within the six-speaker configuration is immediately apparent when listening to ‘Essence’ by WizKid. Here, the sub-bass extension is cut short and can’t provide that pronounced low-end rumble unlike the upgraded systems within the Tesla Model 3, Polestar 2, Volvo XC40 Recharge Twin and Kia Soul EV, all of which have a dedicated low-end driver positioned in the boot. Undoubtedly, if you’re a basshead or would like to feel your music, you’ll have to opt for the more expensive GT-Line S or above in order to benefit from the subwoofer found within the Meridian audio system.

On the plus side, the mid-bass tones are pronounced and controlled. We added three notches to the bass EQ in order to attain a more hearty audio reproduction. Surprisingly, the Kia EV6’s stock configuration does a better job through this frequency range than the upgraded Bose system found within the Hyundai Ioniq 5.

Given the extra oomph in the mid-bass tones, it’s no surprise that vocals are a little pushed back. One might jump at boosting the mid-range EQ to the nth degree but doing so will affect Mariah Carey’s pitch-perfect vocals in her single ‘H.A.T.E.U.’. As such, we added two notches to the mids and found a good median between the system’s tonal accuracy and ability to emphasise vocals throughout the cabin.

As for the highs, the tweeters found at the front provide plenty of energy and excitement. one could add a few notches to the ‘Treble’ EQ to further emphasise the cymbals but this, at least to our ears, adds sibilance and harshness at the top end. At the rear of the cabin, however, music is a bit more lifeless due to the lack of dedicated high-end drivers. 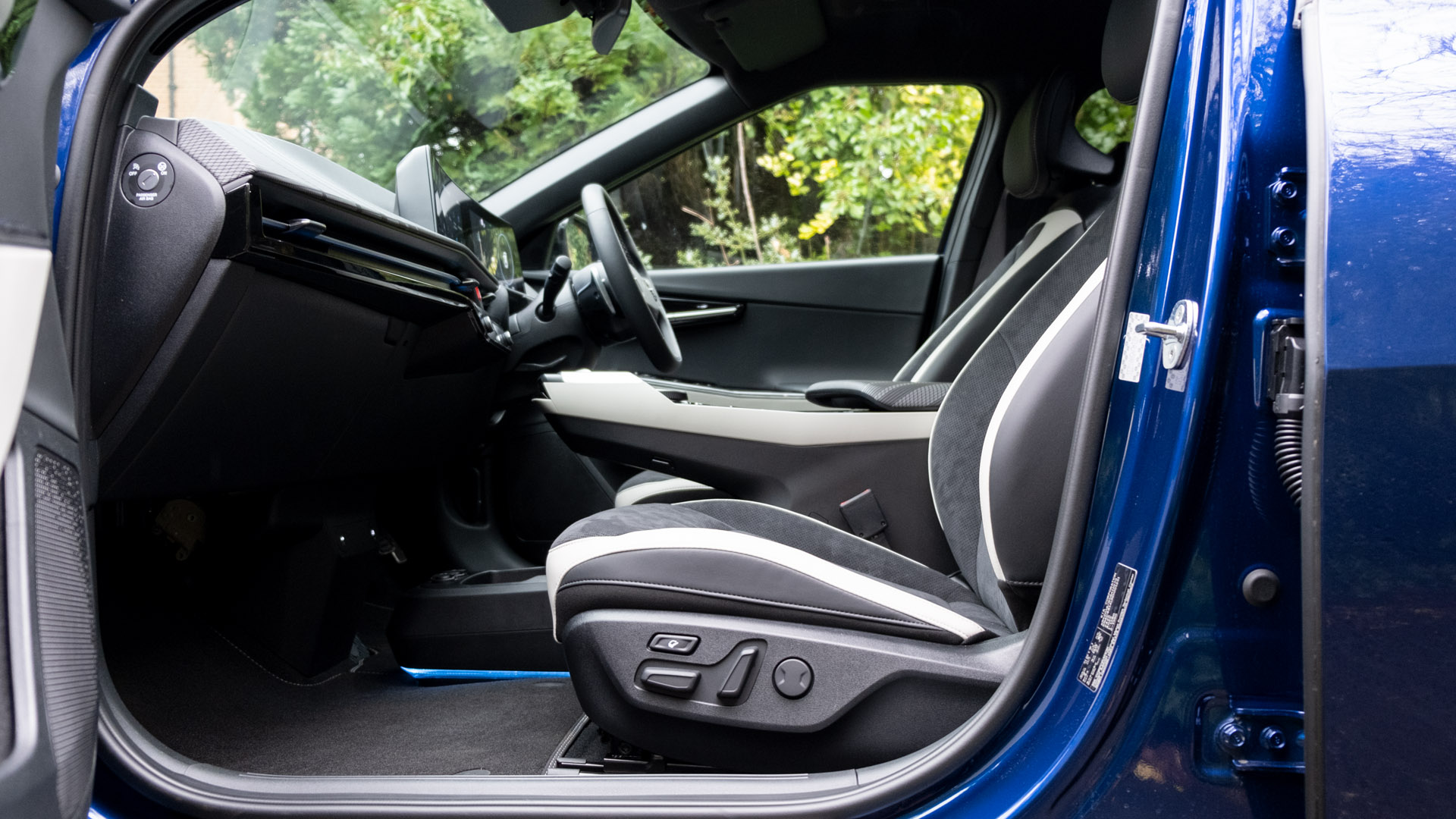 The same could be said about the overall soundstage and instrument separation within the stock EV6 audio configuration. The lacklustre number of drivers within the cabin has a knock-on effect in this department, whereby music isn’t as fulfilling nor engaging as other vehicles that boast more speakers.

Finally, onto cabin noise, the EV6 is competent at keeping exterior noise down to a minimum; nevertheless, it’s no match to the serene Tesla Model 3. Using a sound meter we recorded, 36 dBA at a standstill; 55-57 dBA, while driving at 20-30mph; 61-64 dBA, while driving at 40mph; and 70-74 dBA when at 70mph. As for when the windows are brought down, the level increases by roughly 10 dBA. 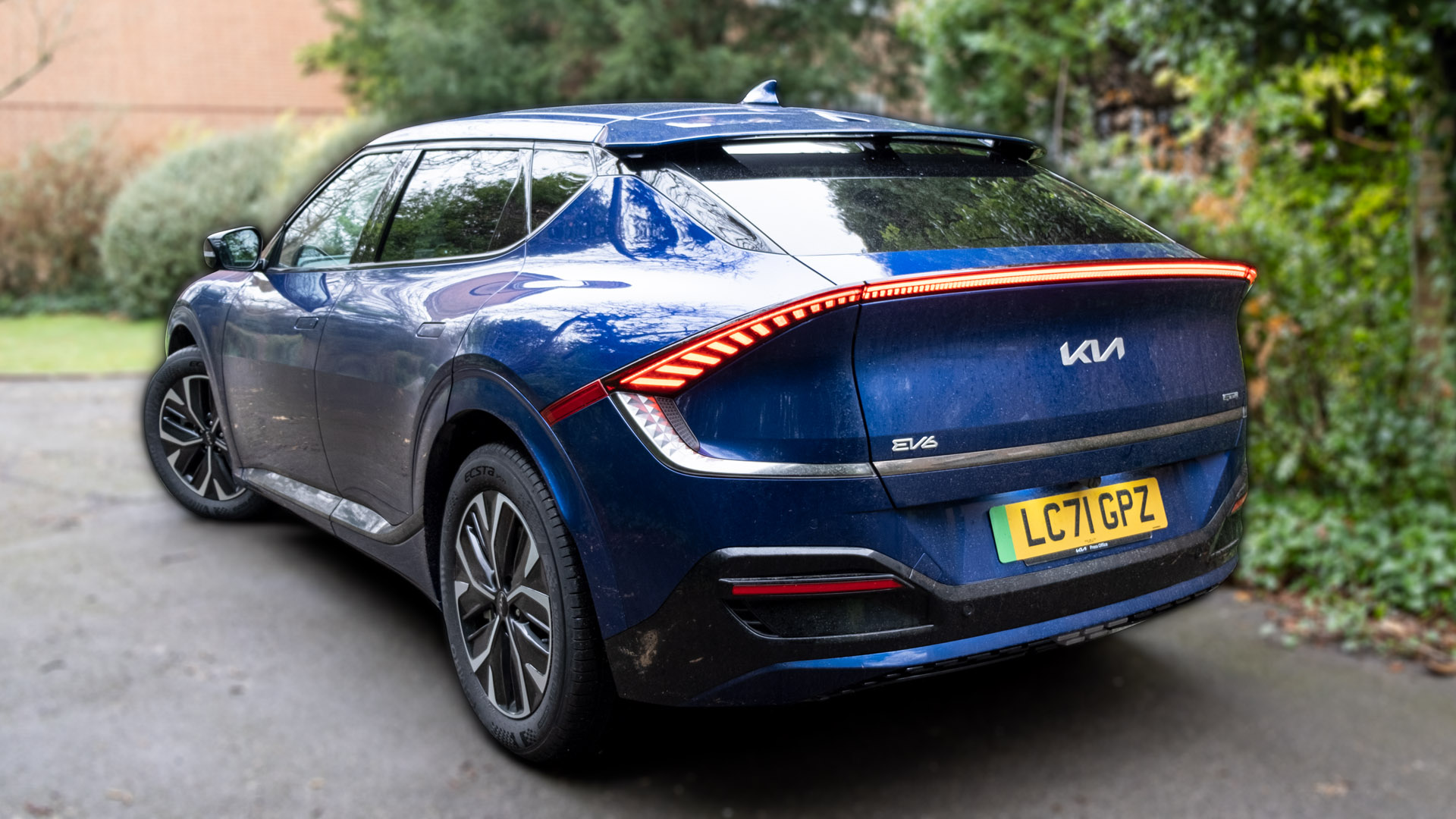 On the whole, the six-speaker audio configuration will suffice for some consumers but will disappoint audiophiles, namely when pitted against the likes of the Tesla Model 3, Polestar 2, Volvo XC40 Recharge Twin and Kia Soul EV.

Should you be set on getting the EV6 and you’re into music, we’d recommend looking into the GT-Line S, where its 14-speaker Meridian audio system provides a much-needed boost in the sub-bass tones and a more fulfilling soundstage for all occupants.

Audi A3 audio review: Worth upgrading to the B&O system?