The Hyundai Ioniq 5 is an all-electric vehicle that sets itself apart from rival offerings thanks to its quirky exterior design. We found it to be a good alternative to the likes of the Tesla Model 3, Polestar 2, Volvo XC40 Recharge Twin Pro, Audi Q4 e-tron and others, but given its asking price of £36,995 for the smaller 58 kWh battery pack variant and £39,295 for the larger 72.6 kWh model, one might have expected a little more from the South Korean automaker.

When it comes to audio, the manufacturer only includes four speakers in its SE Connect (from £36,995) and Premium (from £39,295) trims, but offers an eight-speaker Bose system in the Ultimate trim (from £42,295). On review is the 7+1 configuration.

To tinker with the vehicle’s audio settings, one has to navigate to the ‘Sound Settings’ tab on the 12.3″ infotainment system. Here, you’ll find a three-band equaliser, below are our optimal settings:

To connect up to the vehicle’s audio system using your smartphone, you can opt for a wireless connection over Bluetooth where the SBC and AAC codecs are supported only, or opt for higher-fidelity playback by using a wired USB connection instead. Here, both Android Auto and Apple CarPlay are supported through the infotainment system.

As for media controls, there are the onscreen touch controls, a volume wheel by the dashboard and smartly laid out physical buttons on the steering wheel, which allow you to change tracks and adjust the playback volume.

For a demo of the Ioniq 5’s audio system head on over to our YouTube channel.

When it comes to its audio configuration, the SE Connect and Premium trims only have four speakers – one in each door. The Bose system, however, adds an extra three at the front of the cabin and a subwoofer – tallying up to eight speakers in total. We’ve reached out to Hyundai for further clarification on the driver sizes and wattage – we’ll update this review once we receive more information.

Now despite the system housing a subwoofer, we found the Ioniq 5’s low-end extension rather tame. In Giggs’ single titled ‘Lock Doh’, for example, the sub-bass tones are cut short with a tail off at around the 40Hz region. If you’re into deep low-end rumble you’ll be left wanting more; here, the Bose system is no match to the bass-pounding experience one can experience in the Hyundai Ioniq Electric, or the more controlled sound one can have in the likes of the Tesla Model 3, Polestar 2, Volvo XC40 Recharge Twin Pro and Kia Soul EV.

Similarly, the mid-bass tones aren’t as refined in the Ioniq 5. Yet again, the Bose system falls short of expectations; especially given the American’s pedigree in this department with its consumer products (from headphones to soundbars), one would expect pinpoint control and a somewhat subdued mid-bass presence. Surprisingly, however, the bass is not only a bit wobbly but a touch overdone, too – we reduced the bass EQ by three notches to get a more balanced sound reproduction.

Another area of weakness is the system’s inability to provide forward-sounding mids. Ella Mai’s silky smooth voice in ‘Boo’d Up’ isn’t convincingly reproduced in the Ioniq 5 – indeed, Hyundai’s ‘premium’ audio system sounds recessed and pushed back, namely when compared to Tesla’s audio system which excels in this department. Yet again, we found it odd given Bose’s heavy emphasis on the mids in its consumer-facing products. It should be highlighted that one could ramp up the midrange EQ through the infotainment system, but doing so will reduce accuracy throughout the frequency band; as such, we only added one notch. 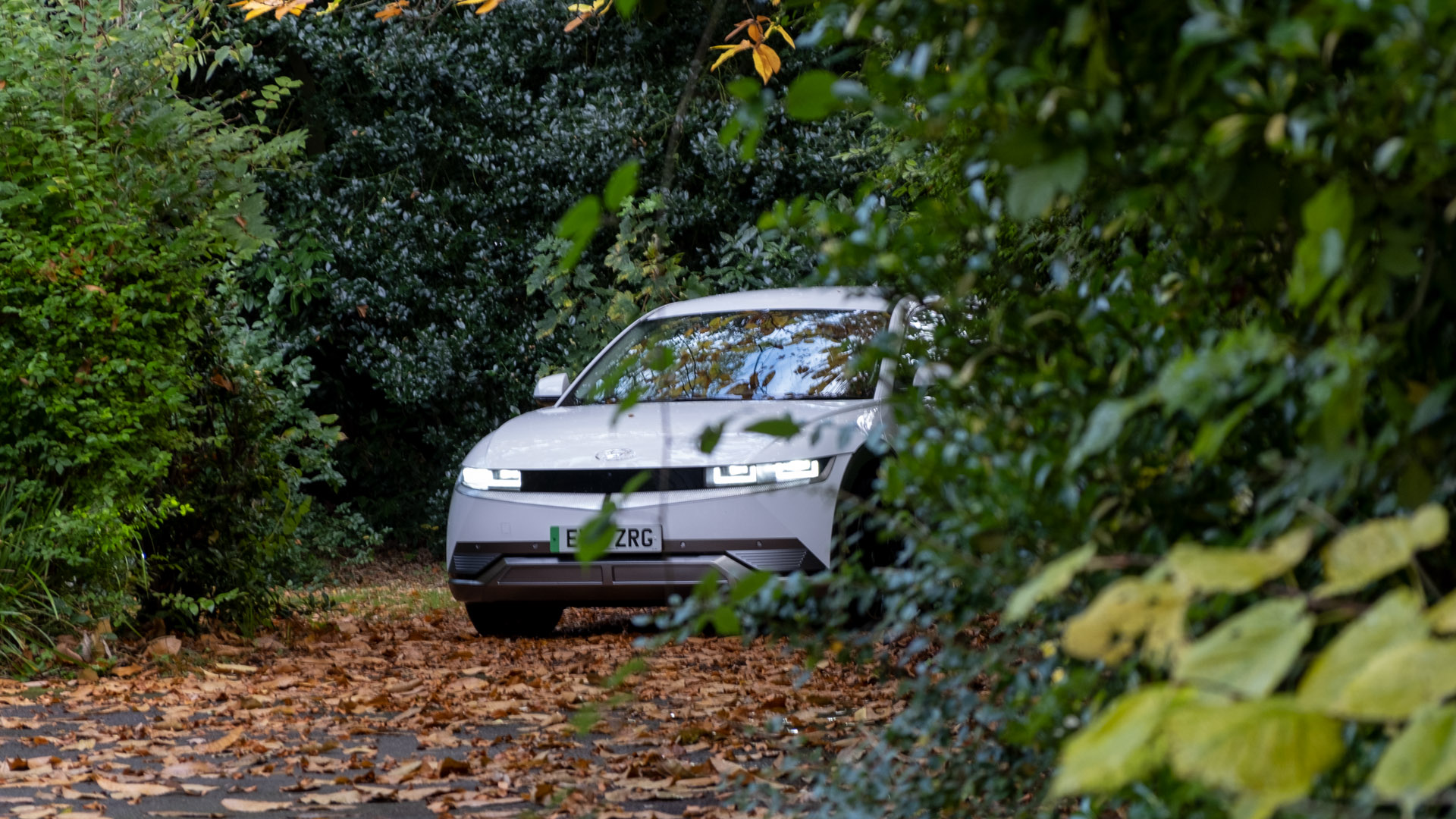 On the plus side, the highs extend well at the top end, especially at the front of the cabin where one is treated with tweeters. These speakers, which are dedicated to the high-end frequencies, provide some zing at the top end. They’re not overzealous either, resulting in an agreeable sound no matter the media volume. Unfortunately, however, there are no extra drivers at the rear of the cabin and as such the highs sound a bit more subdued for those sitting at the back.

One could say the same thing about its soundstage, where a lack of extra audio drivers at the rear negatively impacts instrument separation. At the front, the system fares a bit better in this domain but still lacks spaciousness – width and depth are limited, wherein comparison to its competitors, the 7+1 Bose sound system falls short.

Finally, onto cabin noise, the Ioniq 5 does a good job at keeping exterior noise down to a minimum. Using a sound meter we recorded, 35-36 dBA at a standstill; 52-55 dBA, while driving at 20-30mph; 59 dBA, while driving at 40mph; and 67 dBA when at 70mph. As for when the windows are brought down, the level increases by roughly 10 dBA. 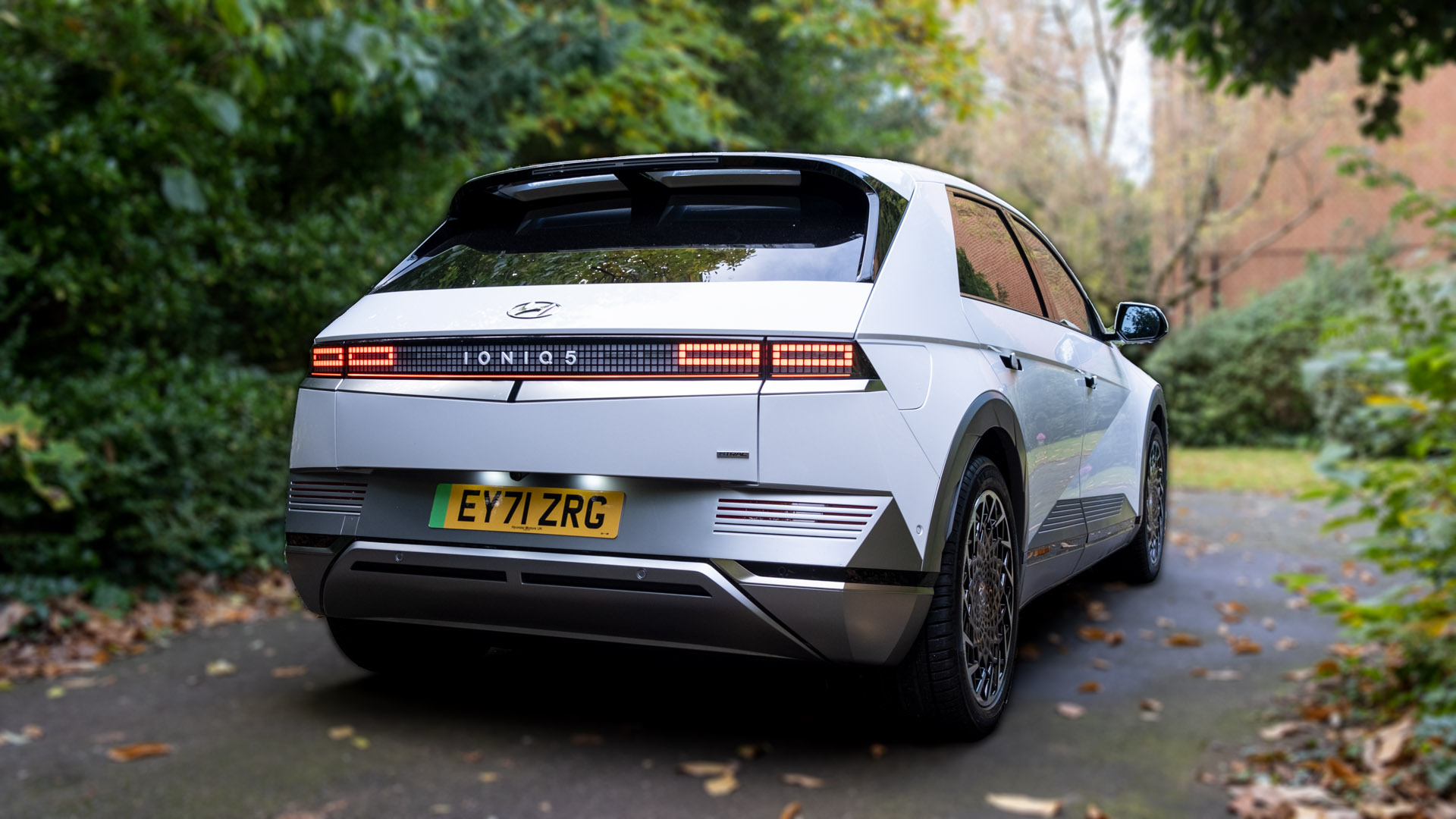 Frankly, we expected better from Hyundai’s partnership with American audio manufacturer, Bose. The system falls short in many areas, and when compared to its rivals it’s completely outclassed. Granted, consumers who aren’t too fussed about audio quality will find the system provides an upgrade over the stock four-speaker configuration, but those who expect audiophile-grade sound reproduction will be left disappointed.