The Jaguar I-Pace is a stylish all-electric SUV that’s been around since 2018. Since its inauguration, it has received updates that have helped bolster its electric range and more recently, a refresh of its interior tech has heightened the in-cabin experience.

When it comes to audio, the British automaker has similarly changed up a few things. In February 2022, Jaguar downgraded the EV400’s S-trim spec to include a ‘Sound System’ rather than the 12-speaker 400-Watt Meridian audio system. Indeed, the latter system now costs £610, while the 17-speaker 750-Watt Meridian 3D Surround Sound System costs an additional £1,220 in the entry-level £65,620 I-Pace.

To tinker with the vehicle’s audio settings, one has to navigate to the ‘Audio’ tab on the 10″ infotainment system. Here, you’ll find a three-band equaliser, below are our optimal settings:

*Our preferred sound mode is the middle option and not ‘Meridian Trifield 3D’ nor ‘Stereo’. We find the regular Trifield option provides a good blend between a spacious encompassing sound and an accurate reproduction.

To connect up to the vehicle’s audio system using your smartphone, you can opt for a Bluetooth connection where the AAC and SBC codecs are supported. It’s a shame that the higher-quality codecs, such as aptX, aptX HD, LDAC or HWA are all omitted. On the plus side, both Android Auto and Apple CarPlay are supported in a wired and wireless format, the former being the better out of the two connection modes, as it provides heightened audio fidelity.

As for media controls, there’s a physical volume knob on the dashboard, intuitive controls on the steering wheel and virtual buttons through the 10″ display.

For a demo of the I-Pace’s audio system head on over to our YouTube channel.

At the time of writing, we don’t have any information on the stock ‘Sound System’ housed within the S-trim, but we have reached out to Jaguar for further clarification. Thankfully, however, we do have details on both the Meridian audio system.

In the 17-speaker 750-Watt system that we have on review, the tweeter in the dashboard reappears, while two surround speakers are added to the rear parcel shelf and two top-firing drivers are added above both of the front seats.

The combination of rear and top-firing drivers adds an additional layer of dynamism throughout the cabin. Indeed, the 3D Meridian audio system provides great width and depth, especially when the Trifield option is selected. We found that when selecting the Trifield 3D setting, it would create an unwanted reverb and degrade the system’s tonal accuracy; whilst the ‘Stereo’ option did the opposite by creating a unidirectional sound.

As for instrument separation, it’s distinctly average, namely for a system that houses numerous audio drivers; the small nuances within DJ Snake & Justin Bieber’s single ‘Let Me Love You’, seem lost and fail to provide the same toe-tapping experience that one could experience in rival audio systems.

Similarly, it’s disappointing that the mids and highs are lobbed into one category through the ‘Treble’ EQ. Here, one can only add a few notches to the setting in order to bring vocals to the foreground; adding anything more will result in an overzealous top-end that creates ear fatigue. As such one, the mids are pushed back and create a V-shaped sound signature, whilst the highs provide enough sparkle and add some zing to Micheal Jackson’s ‘Remember The Time’. 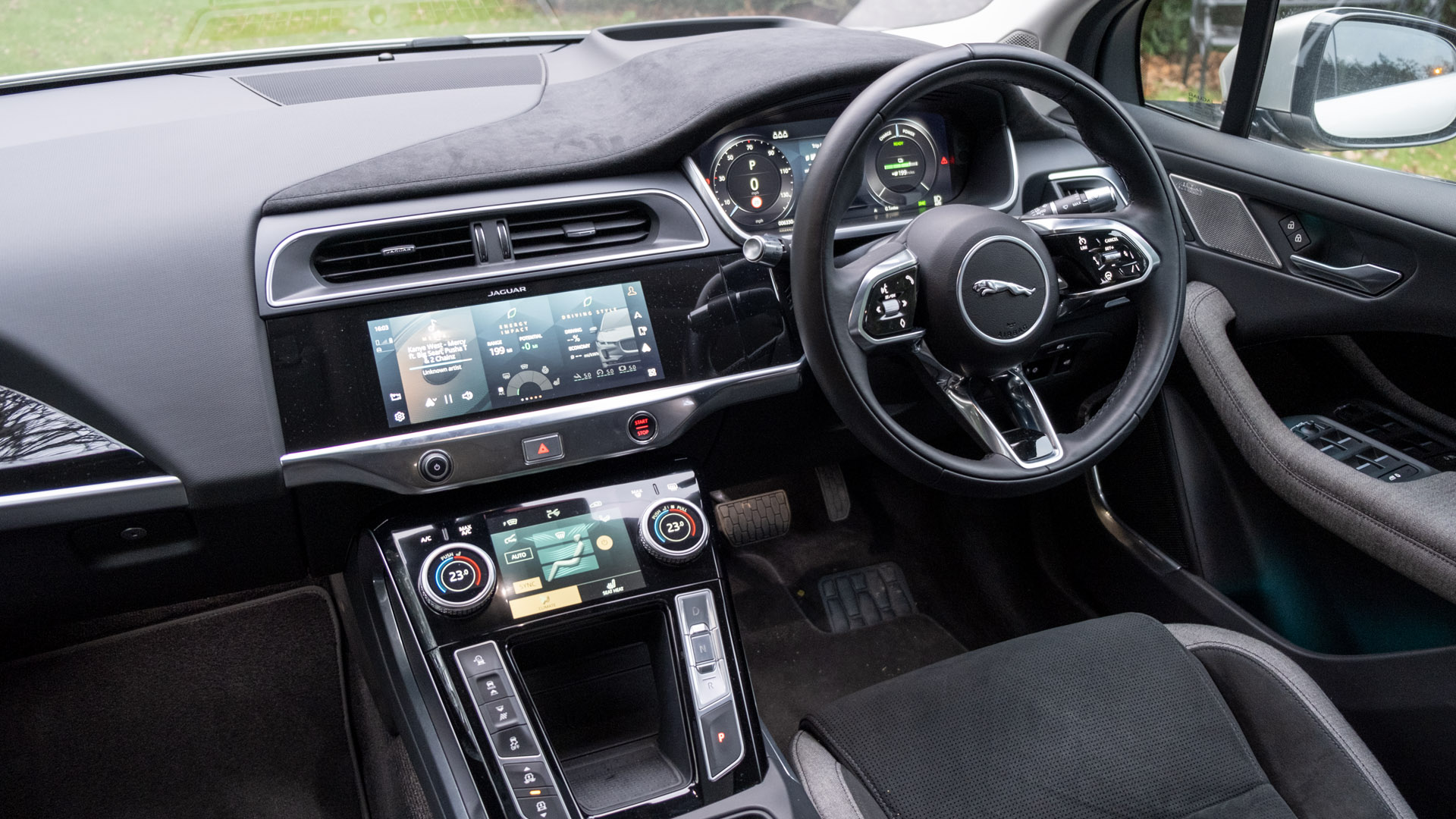 Moving onto the low-end tones, the woofer drivers found within each of the four doors provide a controlled mid-bass response but lack a hearty slam. The same could be said about the vehicle’s sub-bass extension, which is a little lacklustre. Here, the boot-mounted subwoofer fails to bring out that much-needed rumble in Tyga’s track, titled ‘Ibiza’; instead, the lower echelons of the frequency range are cut short.

Finally, onto cabin noise, the Jaguar I-Pace does a good job in providing reduced cabin noise, but nonetheless does suffer from a bit of road noise from its tyres and wind that can be heard deflecting off the A-pillars. Using a sound meter we recorded, 36 dBA at a standstill; 58 dBA, while driving at 20-30mph; 64 dBA, while driving at 40mph; and 73 dBA when at 70mph. As for when the windows are brought down, the level increases by roughly 10 dBA. 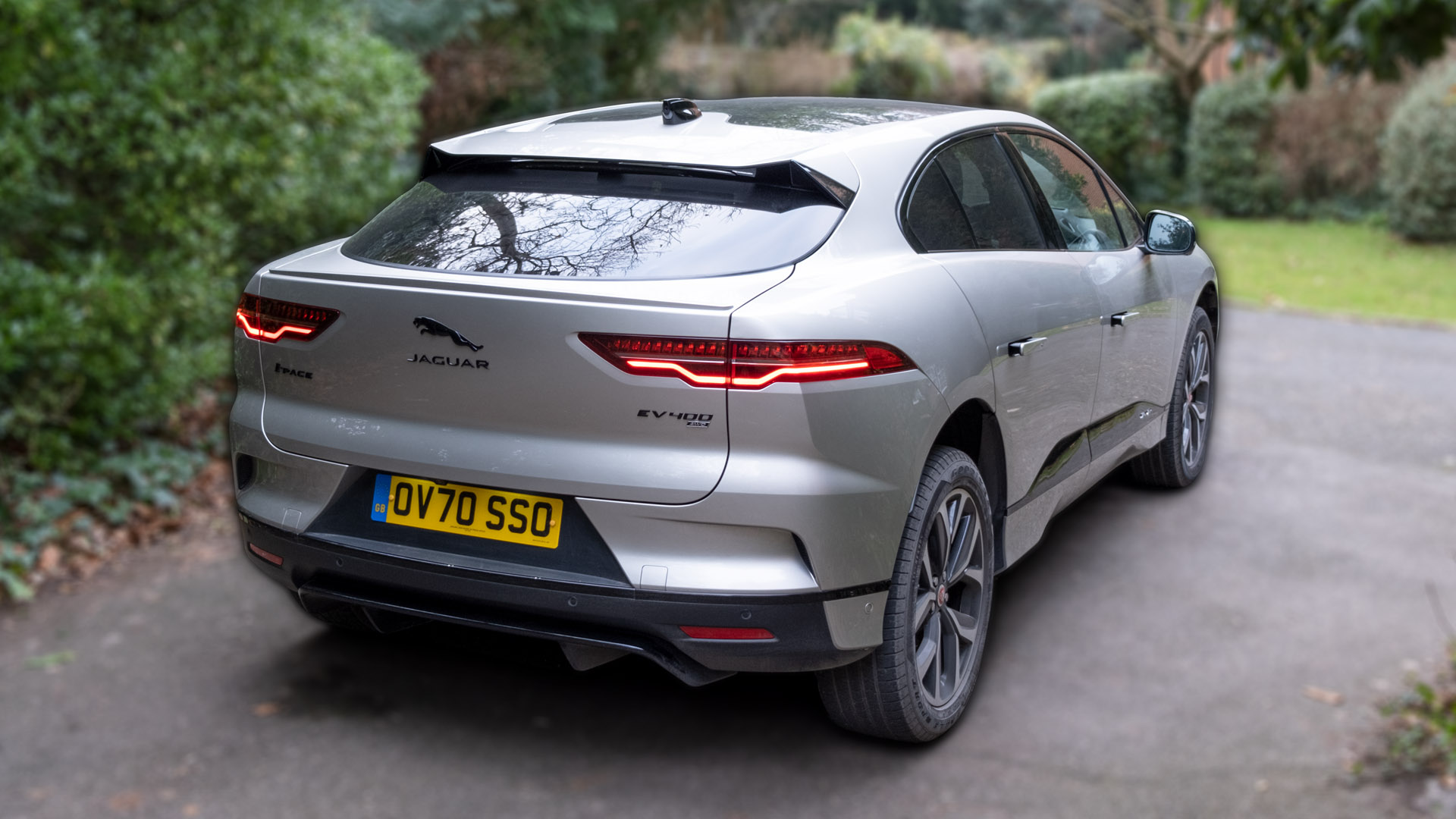 On the whole, the 17-speaker 750-Watt Meridian 3D Surround Sound System found within the Jaguar I-Pace fails to stand out over some of its competitors. While the upgraded system will undoubtedly provide a heightened audio experience over the 12-speaker Meridian audio system and the stock configuration found within the S-trim, we find audiophiles might be left a tad disappointed in its overall sound reproduction.

Here, music lovers will find the Harman Kardon systems found within the BMW iX3, Kia Soul EV, Volvo XC40 Recharge Twin Pro and Polestar 2 will all outperform the I-Pace in low-end reproduction, while the Tesla Model 3 will provide a bettered experience across the rest of the frequency range.