The VW ID.5 is the brand’s first all-electric Coupé SUV. It follows on from the success of its sibling, the ID.4. In our assessment of the vehicle, we found it to provide class-leading electric range beating the likes of the Tesla Model Y, Volvo XC40/C40 Recharge and numerous others from the Volkswagen Group. However, its steep asking price and lacklustre performance make it hard to outright recommend over its rivals.

Regarding audio, the ID.5 has a stock six-speaker system with a total output of 140 Watts. This configuration is only present, at least at the time of writing and in the UK, within the Style trim. Should you opt for the £1,350 Infotainment Package Plus option or any of the more expensive trims, you’ll find a seven-speaker Dynaudio system that outputs a staggering 450 Watts. The latter system is on review.

To tinker with the vehicle’s audio settings, one has to navigate to the appropriate menu on the 12″ infotainment system. Alongside the touch tones and ‘Goodbye sound’ that can be toggled, you’ll find a six-band equaliser – here are our optimal settings:

As for media controls, they can be accessed through the display or via a set of haptic buttons found on the right-hand side of the steering wheel. There’s also a capacitative slider, which is used to adjust the volume, below the centre display.

For a demo of the Volkswagen ID.5’s audio system head on over to our YouTube channel.

That seventh driver really adds a low-end kick to Aitch x AJ Tracey single, ‘Rain’. Bass rumbles can be heard and felt throughout the cabin, especially if one adds a few notches to the Subwoofer EQ through the infotainment system. By comparison to the subwoofer-less ID.4 or ID.3, the Coupé-style SUV far outclasses its VW siblings.

It’s not only the subwoofer that is able to deliver hearty low-end tones, as the drivers within each of the four doors also provide a punchy and controlled mid-bass presence. The lows are rich and will keep many excited while listening back to their favourite bassy songs.

This does, however, come at a cost. The mids are severely recessed, with the lower mids taking the biggest hit. Now, one might be quick to ramp up the 1 kHz band but even in its default +0 configuration, Mariah Carey’s voice in ‘Get Your Number’ sounds a tad artificial thus leading us to reduce the frequency band by one notch in order to get a more accurate reproduction; of course, doing this further reduces the mid-range presence and results in a more pushed back sound signature.

Thankfully, the upper mids are a bit more versatile and have the ability to be EQ’ed to a certain degree. We added two notches to the 3.5 kHz band without incurring any negative implications in order to help bring out accentuated vocals that are present in certain tracks.

As for the highs, they extend well at the front of the cabin thanks to the inclusion of a tweeter; that zing at the top end provides that toe-tapping feeling. However, at the rear, the wide-band drivers have their work cut out in reproducing the entire frequency range; resulting in the top end being a little rolled off and lacking clarity.

On that note, instrument separation and the overall soundstage are a little narrow due to the lacklustre number of drivers within the cabin. Music sounds a bit uni-directional, with music coming out more prominently from the front of the cabin. One could have hoped for better positional cues but alas the ID.5’s audio system is no match to rival offerings from Tesla or Volvo. 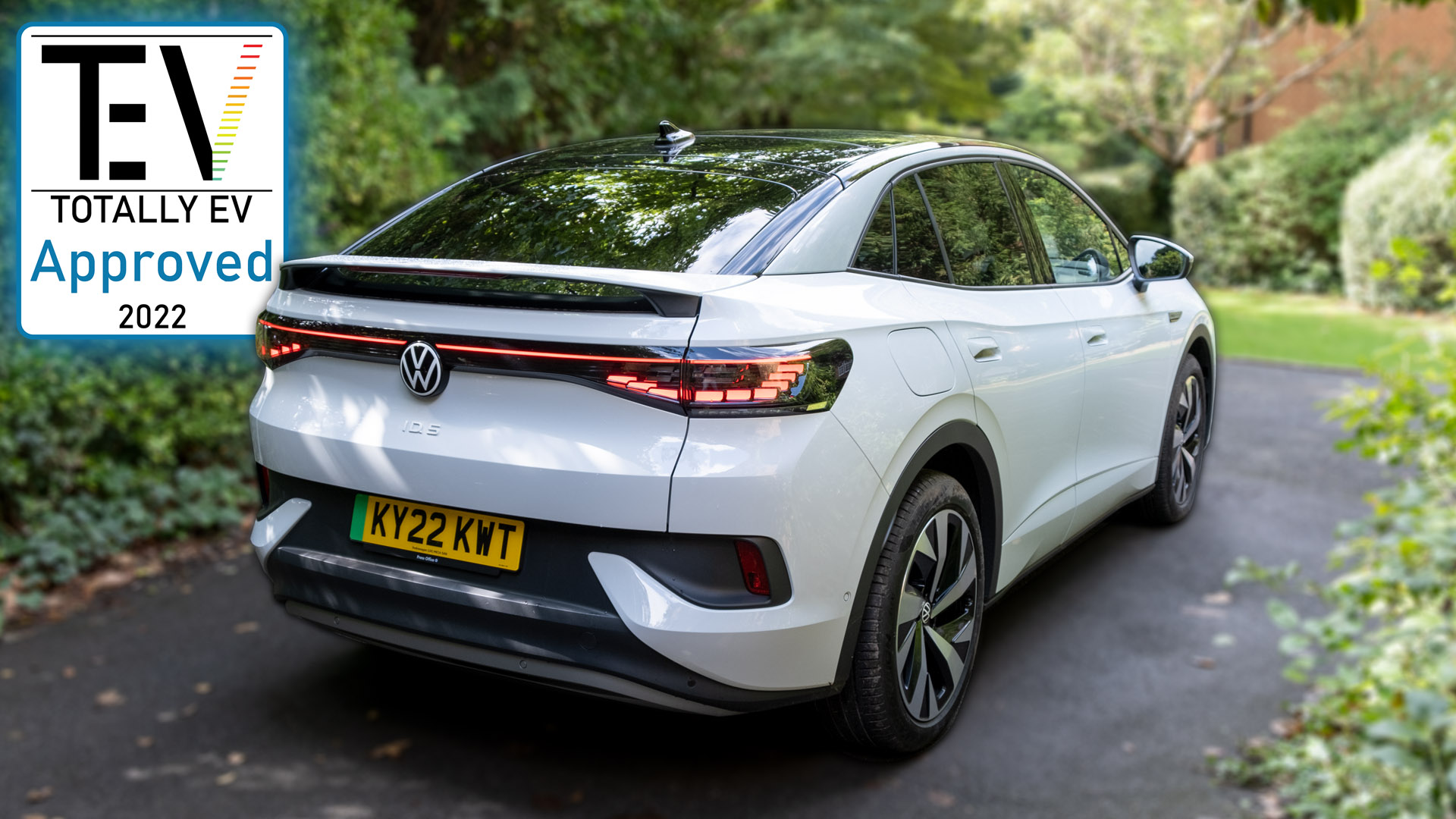 On the whole, the VW ID.5’s upgraded audio system fares well across the frequency range. While it won’t compete with some of its competitors’ systems, the inclusion of a subwoofer and the Dynaudio tuning will certainly provide a degree of excitement to the average consumer wanting a bit more from the stock system. As such, the seven-speaker configuration receives TotallyEV’s Approved audio award.

Audiophiles, however, might still want to consider looking elsewhere, with the likes of the Tesla Model Y, Volvo XC40/C40 Recharge, BMW iX3 and Kia Soul EV topping the list at this price point. But, what do you make of the VW ID.5’s audio system? Let us know in the comments section or via social media; we’re on: YouTube, Instagram, Facebook, Twitter and LinkedIn.