The MG4 EV is an affordable electric hatchback that builds on the success of the MG ZS EV SUV and MG5 EV estate. The manufacturer’s third electric vehicle is arguably its best to date. It’s stylish, practical, fun-to-drive, goes the distance and more importantly starts from £25,995 and extends up to just £31,495 for the top-spec trim – in the EV space, it’s among one of the cheapest and as a result, it received our Best Buy award.

When it comes to audio, the MG4 EV houses four speakers in the SE and SE Long Range, while the Trophy Long Range has six speakers with 3D sound processing done by audio specialists, Arkamys. The latter system is on review.

To tinker with the vehicle’s audio settings, you’ll have to navigate to the appropriate menu on the 10.25″ infotainment system – here are our optimal settings:

We found that Loudness added a bit of extra dynamism, so would suggest leaving it enabled. The Rear Seat Silent Mode, disables the rear speakers, while Arkamys 3D Sound is certainly recommended as it provides a far superior audio reproduction thanks to clever processing, and allows you to toggle on the Virtual Subwoofer.

In order to connect to the vehicle’s system, Apple CarPlay and Android Auto are both supported over a wired connection. Bluetooth is also an option, however, one will attain degraded audio performance due to the bandwidth limitations of the SBC and AAC codecs. Should you want the utmost audio quality, there is USB playback. We tested and can confirm MP3, WAV and FLAC files all work without any issues. Better still, one can also playback video whereby MP4, MOV, MKV, and FLV file formats are supported.

Moving onto media controls, they can be accessed through the 10.25″ display, via the volume buttons found just beneath and through physical controls located on the steering wheel.

For a demo of the MG4 EV’s audio system head on over to our YouTube channel.

In terms of its audio configuration, there are four audio drivers at the front in the SE and SE Long Range trims; 170mm midrange speakers within each of the doors and 35mm tweeters by the front cowl (the area between the windscreen and bonnet). Indeed, rear speakers are omitted in the SE trims, which to us is a baffling decision and similar to what Volkswagen chose to do with the entry-level ID.3. Should you want rear drivers, you’ll need to go for the top-spec Trophy Long Range, which adds a 170mm midrange driver within each of the rear doors.

As you might have noticed, there is no physical subwoofer, but rather a virtual subwoofer option that can be enabled through the infotainment system – at least in the Trophy Long Range that’s on review. The processing of those lower-end tones is still surprisingly good. While it does tail off, one can still hear the sub-bass rumble in ‘Outside’ by Bryson Tiller. Its mid-bass presence is also pretty lively and has an ample amount of quality. However, we found the quantity a bit much in its default configuration, so reduced the 80Hz band by one notch. The overall result is that the bass tones are impressive and will leave most consumers with a smile on their faces.

Unfortunately, the same couldn’t be said about its mid-range reproduction, which is pushed back and veiled. One might be tempted to EQ the lower mids to the nth degree, but this will chomp away at the system’s accuracy. The upper mids, however, can be tweaked to a certain degree; to help with presence, we added two notches to the 5kHz band.

As for the highs, they are zingy at the front of the cabin. The 35mm tweeters do a good job of extending the upper echelons of the frequency range and giving you that toe-tapping feeling. Unsurprisingly, the lack of said speakers at the rear of the cabin does hinder top-end clarity.

Still, those extra drivers at the rear of the cabin are certainly appreciated when it comes to providing a fulfilling soundstage. The width and depth, and instrument separation are all competent – the MG4 EV’s configuration won’t compete with more premium offerings from the likes of Tesla, Polestar, BMW or Kia but nonetheless, should suffice for most consumers. We’d highly suggest leaving the ‘Rear Seat Silent Mode’ disabled and having the ‘Arkamys 3D Sound’ set to ‘All’. This ensures all speakers are working and are tuned to fill the entire cabin with sound.

Finally, onto cabin noise, the MG4 EV is far superior to the automaker’s all-electric SUV, the ZS EV as it doesn’t suffer from much low-end resonance when traversing rougher terrain – while it’s still present and doesn’t provide a serene driving experience like the Citroen C5 X, it’s a remarkable improvement over its sibling. Using a sound meter, we recorded 35-36 dBA at a standstill; driving at 20mph, 55-58 dBA; driving at 30-40mph, 63-66 dBA; and at 70mph, 71-74 dBA. 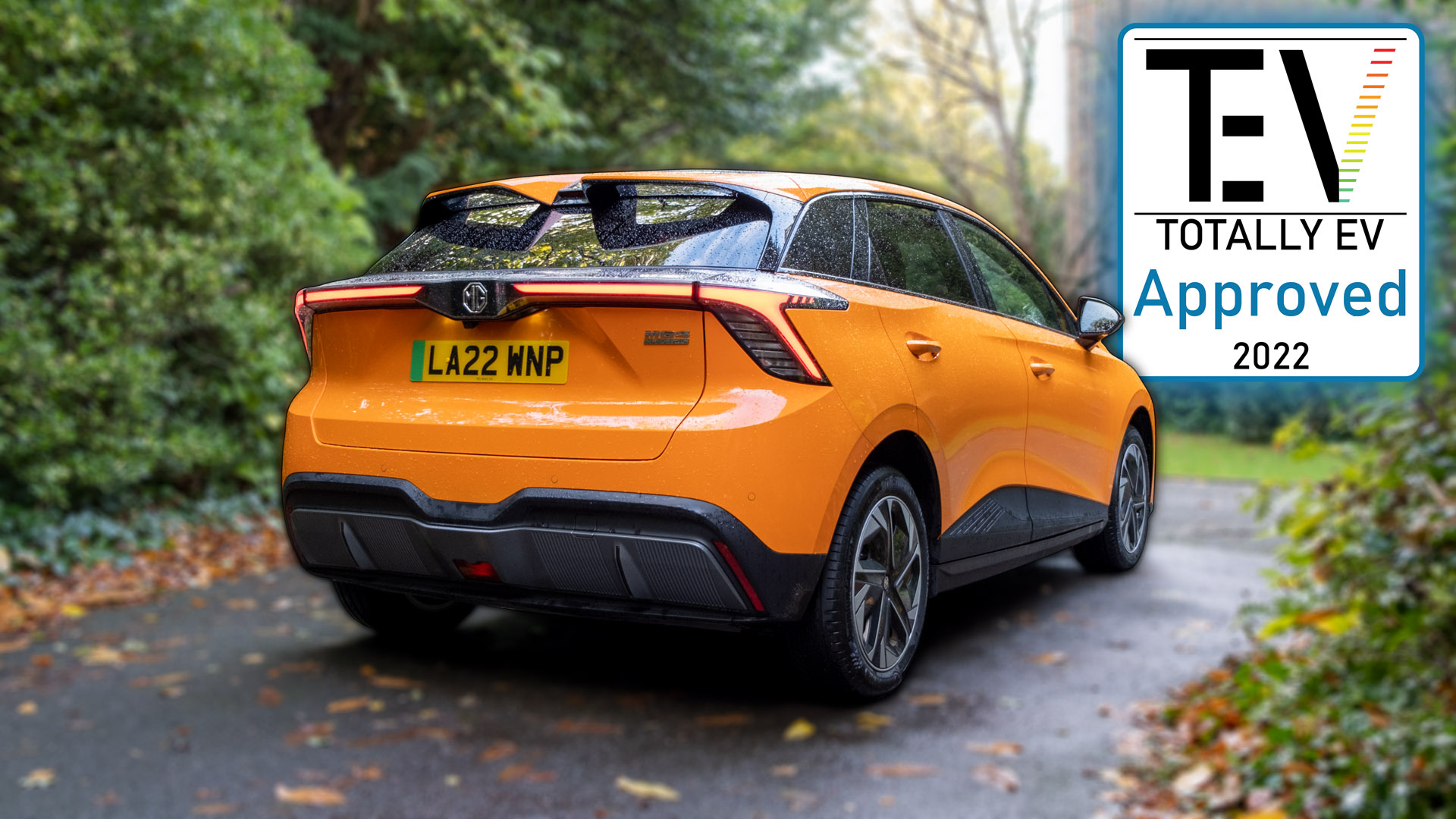 On the whole, the MG4 EV Trophy Long Range’s six-speaker audio configuration will suffice for most consumers and as such, receives our Approved audio award. For those looking at the SE trims, you might want to consider upgrading to the Trophy Long Range for the rear speakers and Arkamys‘ 3D sound processing – both of which will provide a notable upgrade over the stock four-speaker setup.